LG G5 and LG V10 on AT&T network have started receiving a new firmware update. Installing the latest monthly security patch, the update started rolling out from yesterday and is being pushed over the air as we speak.

On the AT&T LG V10, the Marshmallow based firmware update arrives as software version H90021z and installs the March security patch, other than fixing bugs. 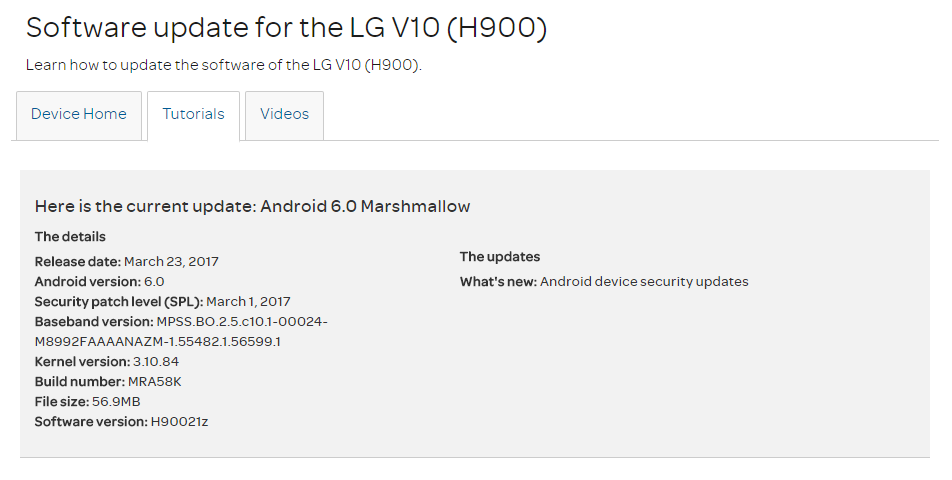 The update being rolled out as Firmware Over the Air (FOTA) should hit your devices soon, if it hasn’t yet. However, instead of waiting you can check for it manually right away by heading to Settings > About device > System updates. If you find it sitting there, first download and then install the update.

Before hitting the download button, connect your device to a Wi-Fi network and back up your media files. Also, getting your handset sufficiently charged is also highly recommended for a seamless installation.