Google Messages for Web: How to get it, tips, and all you need to know

For as long as the rivalry between Android OS and iOS has existed, users have debated on what truly makes their choice the ideal one. While Android-users have endless customization in their favor, iOS users have always bragged about the exemplary software support that is seamless across all Apple devices. Android versus iOS has raged on for years, with one OS often pulling one over the other.

But in one particular department, iOS has always been miles ahead of its contemporary, and that is texting. iOS’ native messaging app, iMessage, allows you to text even from your Macbook or iMac — given that you’re logged in with the same Apple account on all devices — which, until now, has been a stuff of dreams for Android users.

While the introduction of services like WhatsApp Web has helped ease the pain of Android users, it hasn’t been until now that web connectivity for SMS has finally been offered by Google itself.

Enter the Messages for web by Google.

At first, it may seem like Google has simply created an iMessage lookalike a bit too late, but as you look deeper into the Messages app, you’ll realize there’s more to it. 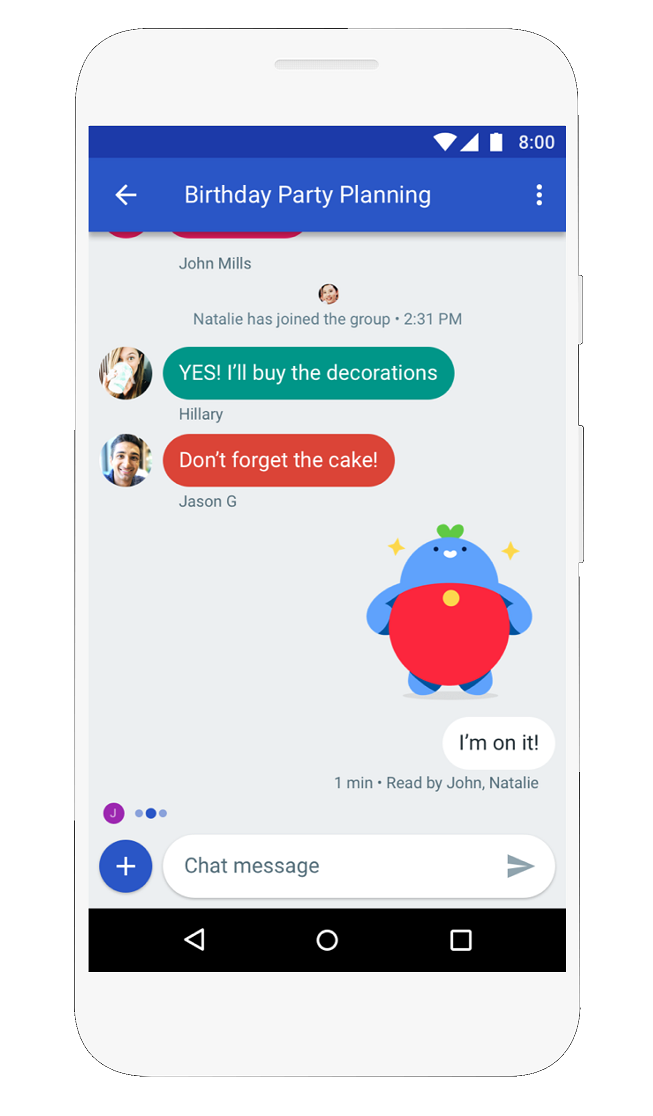 Yes, there is no end-to-end encryption available yet, but the fact that Google bypasses carrier-interference by allowing us to exchange messages, globally, over Wi-Fi or Mobile Data, more than makes up for it.

Considering that texting on mobile devices is more than two decades old now, you’d expect the newness of the practice to wear out. However, Google has built Messages with enough features to give services like WhatsApp and Facebook Messenger a run for their money.

Here are our favorites:

Sending and receiving a text on any device

Following in the footsteps of iMessage and WhatsApp, Google is finally making it easier for you to text, regardless of what device you’re on. The Messages for Web service that is now available worldwide allows you to connect Google’s Messages app to the web client and enjoy a mobile messaging experience even on the big screen.

To get started, go to this link > Open the Messages app on your phone > Tap More (three-dot icon at the top-right) > Select Messages for web > Scan the QR Code displayed on the website.

If you’re a regular user of the Gmail service, you’ve probably come across (and appreciated) the Smart Reply service. This nifty feature automatically analyzes the context of the message you’ve received and generates a suitable response, which you can then send with a single tap. 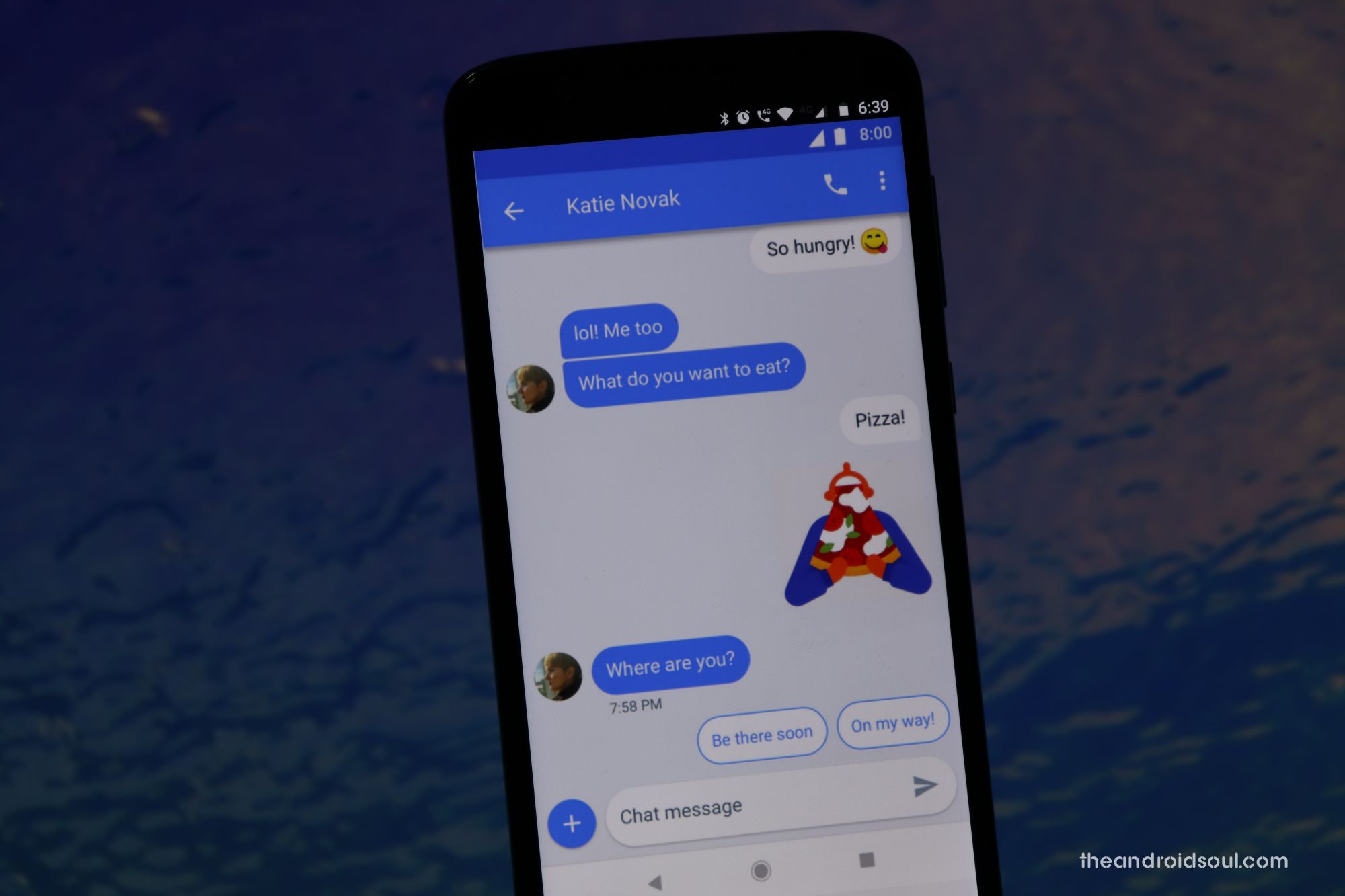 In this day and age, we do more than just send out written messages and occasional Emojis. Thankfully, Messages is powered with a built-in GIF library for you to choose the snarkiest responses from, along with a bunch of original Stickers. You also have the option of sharing location info, exchanging huge files, and trading voice notes.

Apart from the aforementioned features, there are many little treats spread across the application, which combine to make a compelling case for Google’s Messages app. From allowing you to copy just the OTP (one-time-password) from a text preview and performing transactions with Google Pay to previewing links that are shared and received, Google promises that there even more to come.

How to fix ‘Message not sent’ error on Android

How does Messages for web work?

You link (authorize) a PC with the Messages app on your Android phone, and then the PC web client syncs everything on the phone with the PC, while also allowing you to interact through the PC itself.

Step 2: Open the app and tap on the three-dot menu button on the top-right corner of the screen and select Messages for web.

Step 3: Now go ahead and tap on QR code scanner.

Step 5: Toggle Remember this computer‘ if this your personal device for daily use.

Step 6: Use the Android device to scan the on-screen QR code. 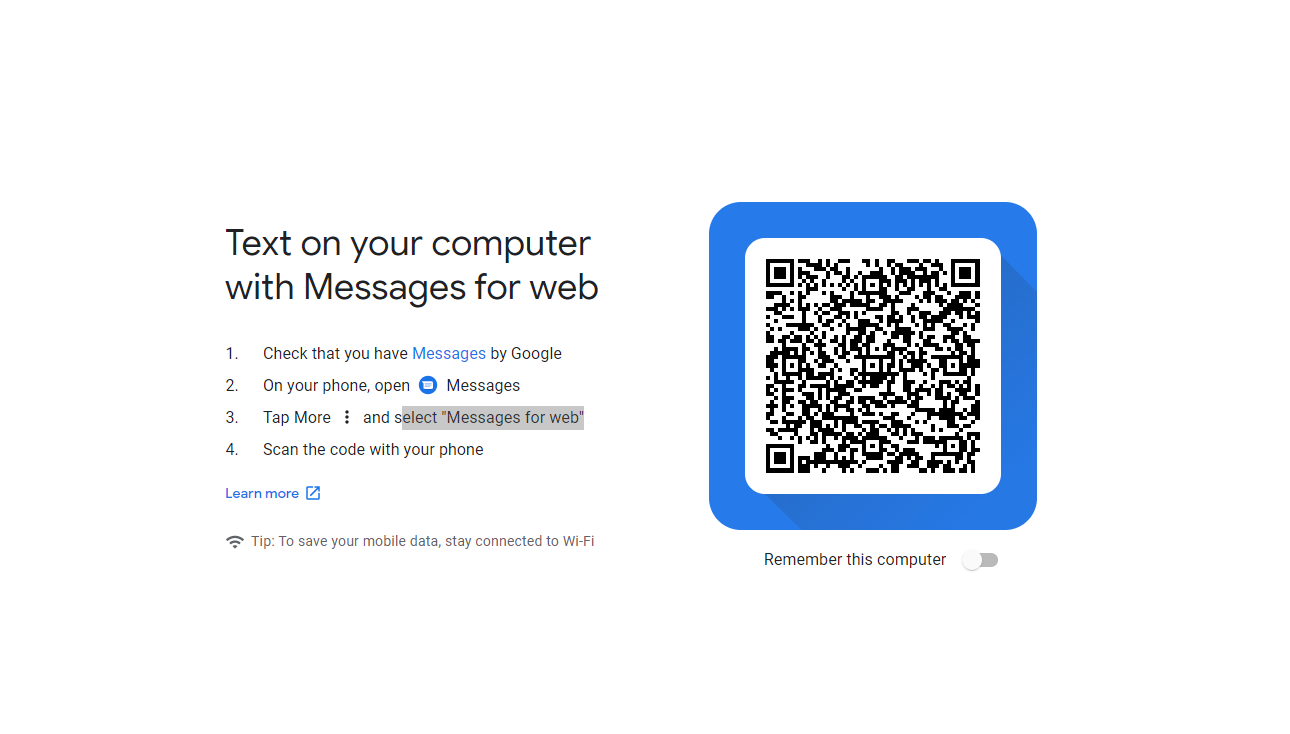 Step 7: The app will now notify you that you are Connected to Messages for web‘ and you’ll be able to use the service from your computer.

The user interface of Messages for web is identical to WhatsApp Web, and hence, quite straightforward. With all of your conversations listed on the left side of the window, along with the button for New conversations’. By clicking on the conversations, you can set individual alerts for them using the bell icon.

Messages for web: Things to know

Do you think Android has finally found an answer to defeat the closed grip that iMessage has had for years? Do share your thoughts on whether Messages beats Apple for good or not. 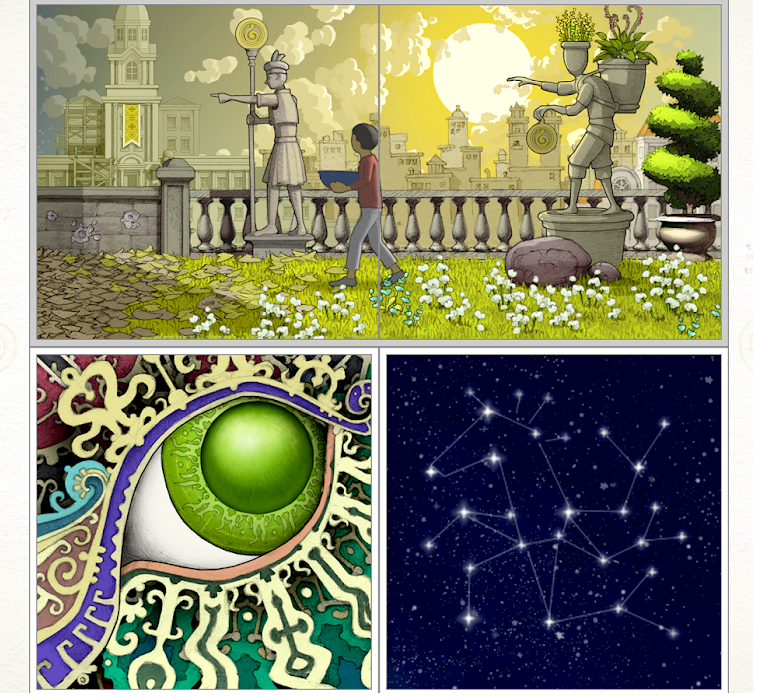 Gorogoa for Android is now available on Google Play Store