The picture around ZTE’s upcoming mid-range smartphone dubbed as Nubia Z17 is getting clearer. After few leaks and rumors, the device has popped up on Chinese certification site giving us a fair idea of its specsheet as well as looks, thanks to the TENAA listing and images. Also, the release of this new smartphone seems pretty close, now that it has received TENAA certification.

As per the TENAA listing, the ZTE Nubia Z17 sports a 5.5 inch FHD display with 1080 × 1920 resolution. At its heart, the phone packs in 1.9GHz octa core unnamed processor, which we believe will be top of the line Snapdragon 835 SoC. The software on board is Android 7.1.1 Nougat. 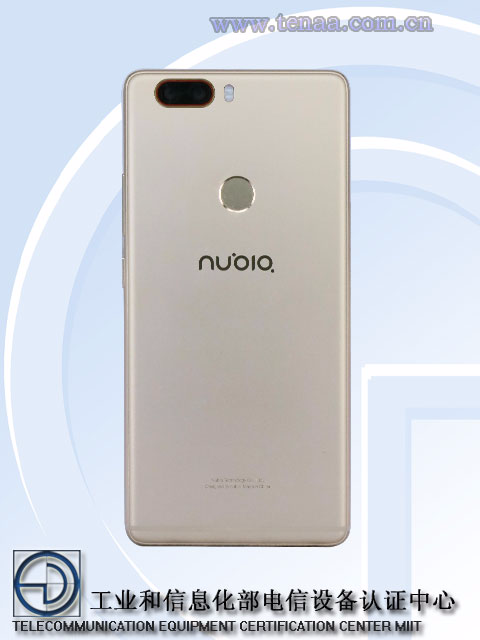 Coming to the imaging front, the Nubia Z17 which is the premium version of ZTE Nubia Z17 Mini, will sport dual rear camera set up (vertically placed akin to its mini version) with dual LED flash. The rear cameras will be of 23MP+12MP resolution while a 16MP selfie snapper will grace the body up front.

All the specifications mentioned in the TENAA listing about Nubia Z17 fall in line with past leaks except for the storage option. While TENAA shows the phone packing in 4GB RAM and 64GB internal storage with space for expansion up to 128GB, past leaks have suggested a massive upgrade to 8GB RAM and 128GB ROM.

ZTE Nubia Z17 sports a rear mounted fingerprint scanner, as seen from the TENAA images. The phone is kept on by a 3100mAH battery and will be released in Silver and Gold colors.

Deal: Get a Google Nexus Player for just $55 at Daily Steals