In 2017, Razer made headlines with the launch of the Razer Phone, the first smartphone with a screen refresh rate of 120Hz aimed at gamers. We’ve seen an iteration of the phone with the same display refresh rate, but once again, this device was marketed as a gaming smartphone.

Fast-forward to 2019 and mainstream smartphones that are not necessarily selling as gaming devices are now getting into the Razer Phone territory by offering some amazing screen refresh rates other than the typical 60Hz we are used to on flagship phones.

Without digging deeper into the few minutes you spared to read this post, let’s get down to business with our list of 120Hz and 90Hz Android phones available so far.

Here is a list of Android phones that rock a 90Hz refresh rate display. 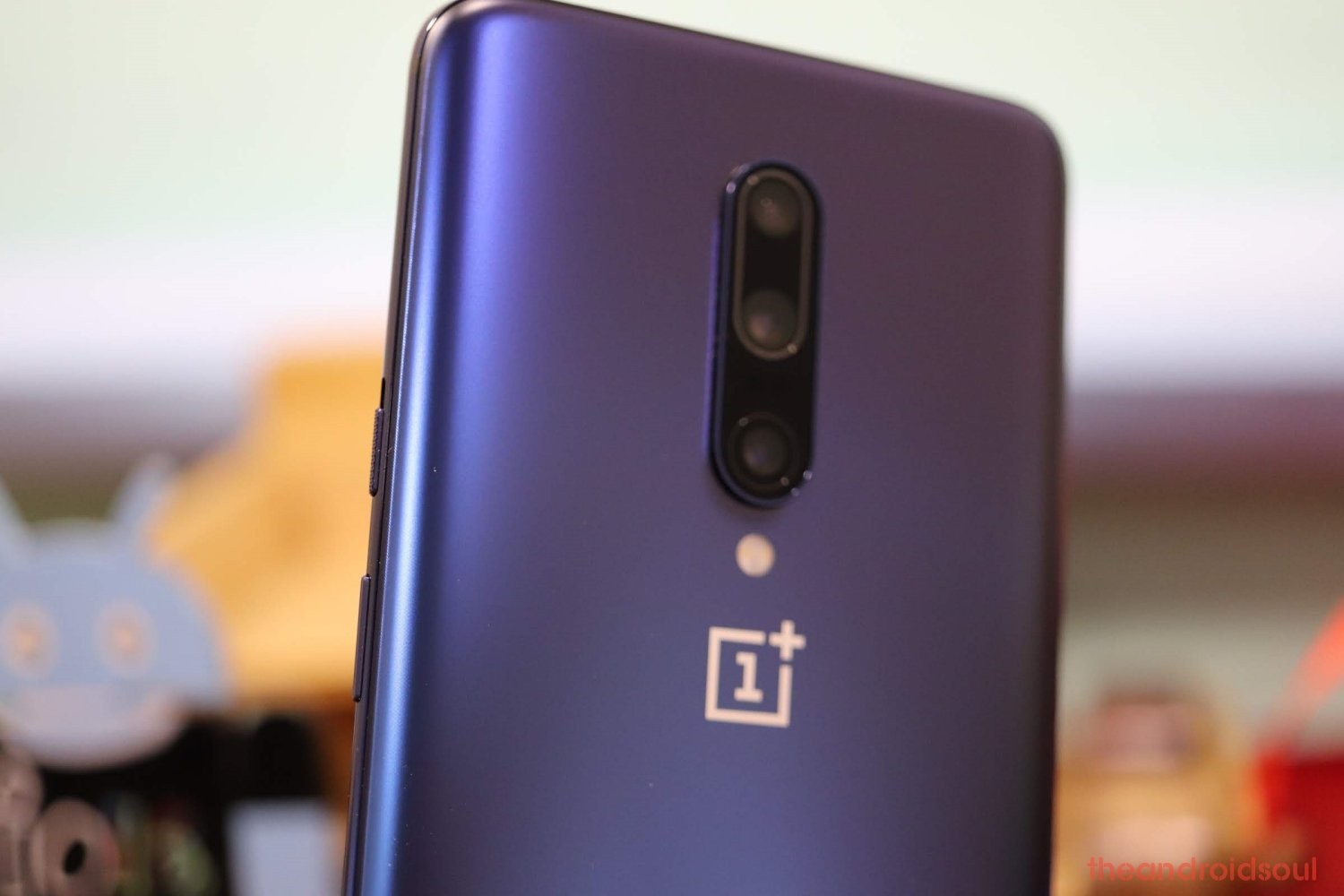 The $669-priced OnePlus 7 Pro is the first mainstream smartphone with a 90Hz display screen, a higher refresh rate than the usual 60Hz refresh rate on most high-end phones. Not even the mighty Samsung Galaxy S10+ has this capability, meaning you miss out on more fluid animations and transition when interacting with the screen of one of the most expensive smartphones of 2019.

With its 90Hz, the AMOLED panel on the 7 Pro is as fluid as it gets, no wonder the company calls it Fluid AMOLED. Unfortunately, you still won’t enjoy 90fps games on this smooth screen, which is a bit of a letdown. It’s unclear if OnePlus will change this via a software update, though.

FYI, the OnePlus 7 Pro 5G also ships with the same 90Hz screen on the Pro model, but its currently limited to EE UK. 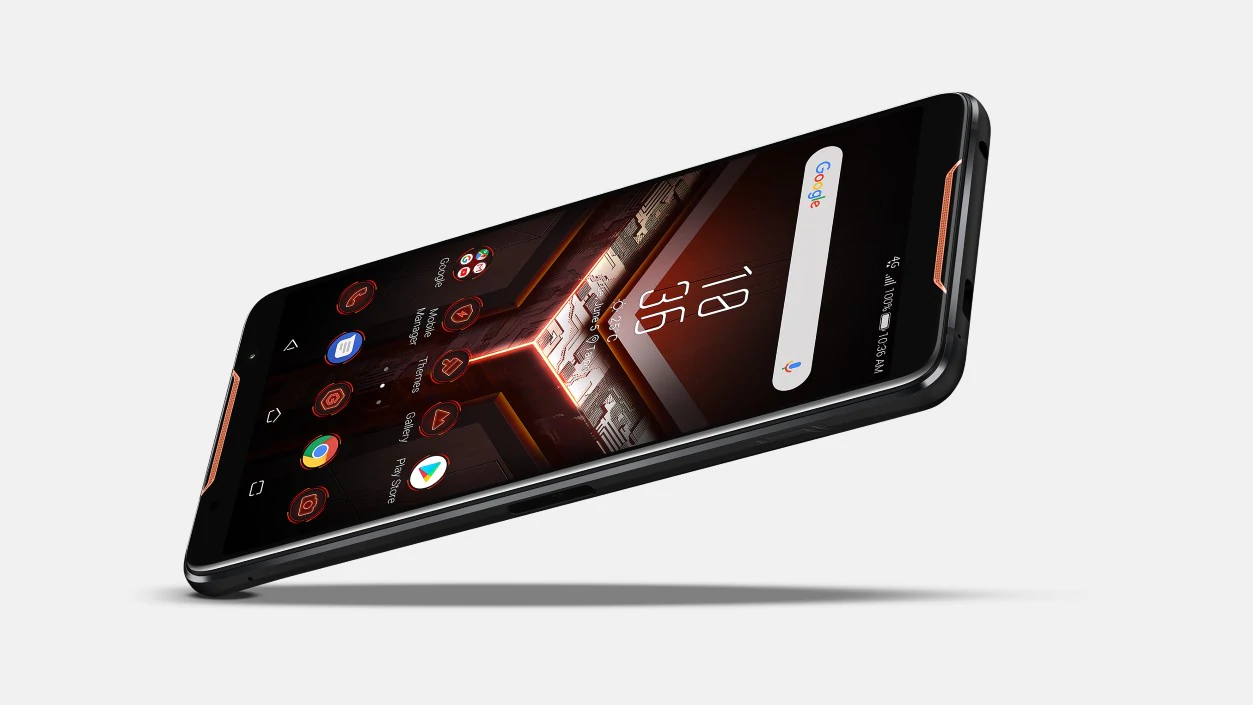 Asus unveiled the ROG Phone in mid-2018, becoming the company’s first gaming-focused smartphone. Besides packing some punch in terms of performance specs by 2018 standards and a flurry of gaming perks, the phone also rocks a 90Hz AMOLED display screen.

Unlike OnePlus 7 Pro and Razer Phones that have a QHD resolution, you only get a full HD (1080p) resolution on the ROG Phone. Still, this takes away nothing from what is a great device, especially now that you can have it at a discounted price, but good luck finding one. 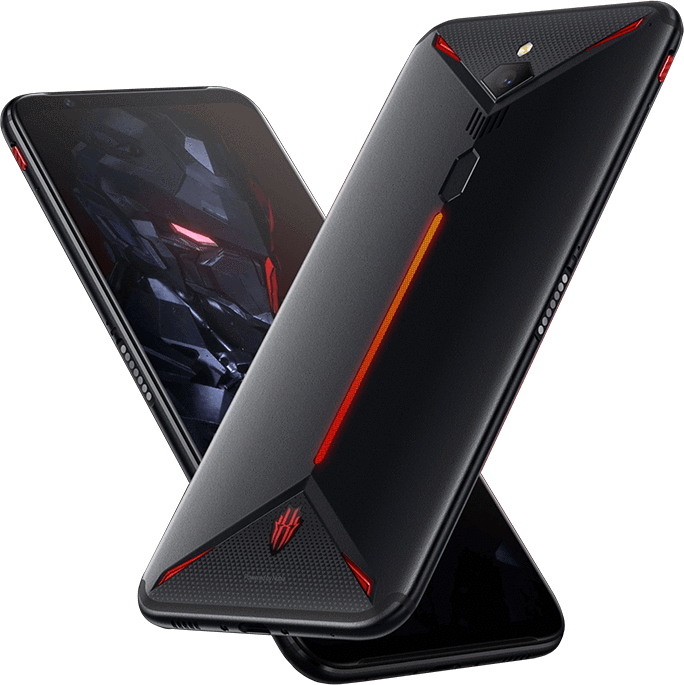 Unveiled this year, the ZTE-made Nubia Red Magic 3 joins the OnePlus 7 Pro in rocking a 90Hz refresh rate screen, an AMOLED panel with a full HD+ (1080p) resolution thanks to a super-tall 19.5:9 aspect ratio. However, this is a gaming phone targeted at a niche market.

To spice things up, ZTE has packed some really powerful specs in this thing yet it can be had for $479, nearly $200 cheaper than the OnePlus 7 Pro. We are looking at things like Qualcomm Snapdragon 855, 8GB RAM, 128GB storage, and a massive 5000mAh battery with support for 30W fast charging tech, among others.

Here is a list of Android phones that rock a 90Hz refresh rate display. 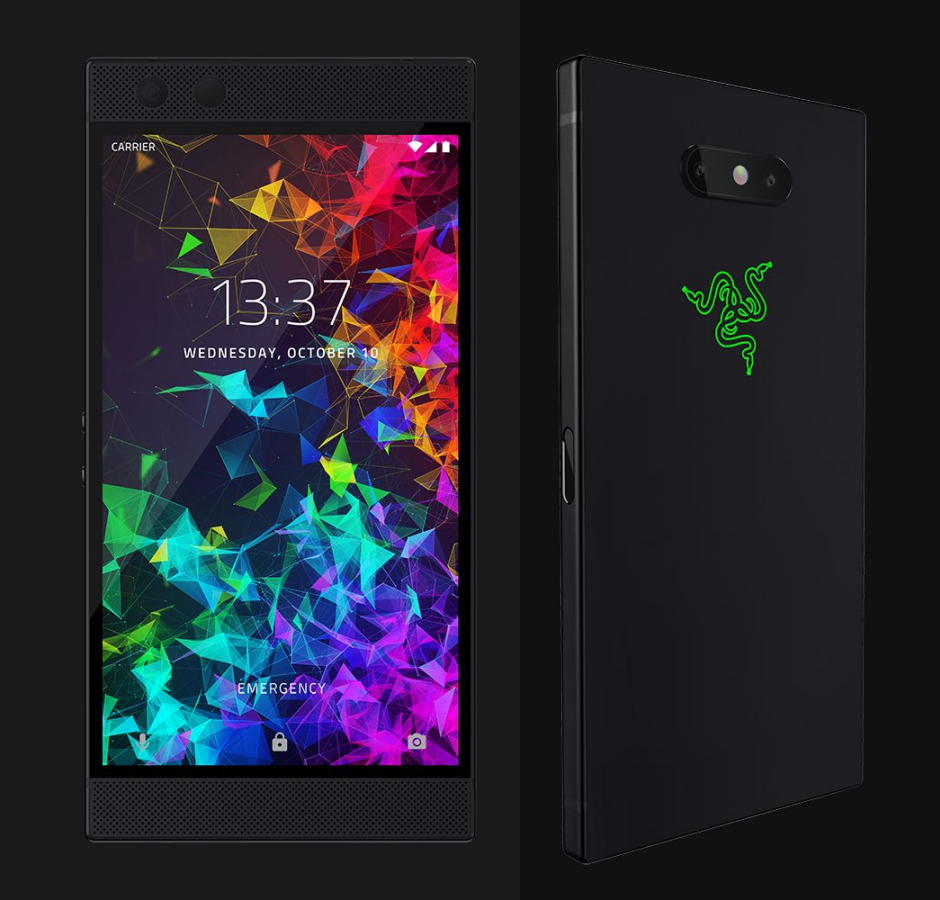 As noted at the beginning, it was the Razer Phones (2017 and 2018 models) that became the first smartphone to offer a 120Hz display screen, twice the refresh rate on the latest flagship phones from Samsung, LG and so on. However, this is an LCD panel and we all know how good AMOLED panels are over their LCD counterparts, which could put off some potential buyers.

Being a 2018 release, though, the Razer Phone 2 is powered by 2018 flagship hardware that includes a Qualcomm Snapdragon 845 chipset and you still get to deal with the old 16:9 aspect ratio, but at a hugely discounted price of just $500. 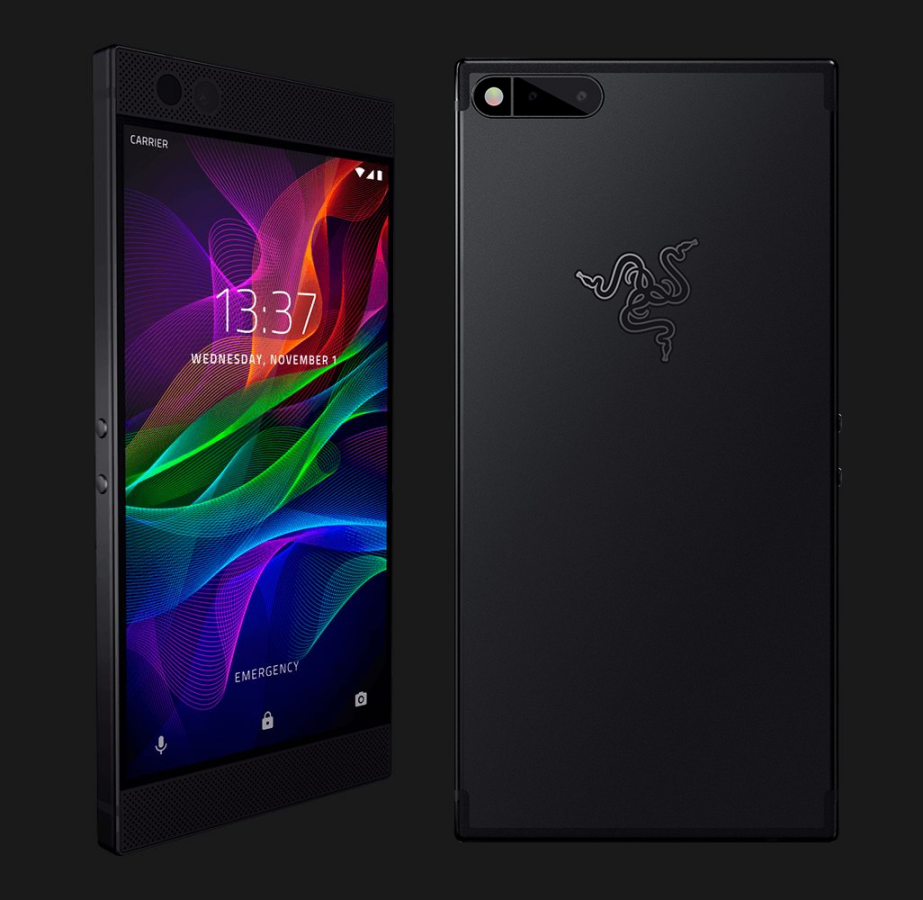 Other than price, there shouldn’t be any major reason one would consider the 2017 Razer Phone over the Razer Phone 2. The same 120Hz LCD screen at play with a QHD resolution on a 16:9 aspect ratio and the display size is also identical to the 2018 model.

Having been around since 2017, you get to deal with old tech such as Snapdragon 835, Bluetooth 4.2, no IP67 rating for dust and water resistance, no RGB illuminated Razer Chroma Logo on the back, no Qi Wireless charging, and so on.

Unfortunately, finding a new brand new Razer Phone is an uphill task, but the company is selling some refurbished units via its official store priced at just $350. 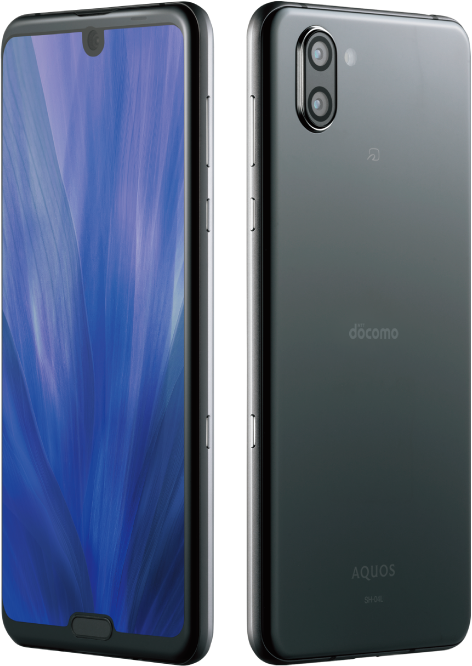 Japan’s Sharp isn’t such a popular smartphone brand in the west, but they do make some interesting devices occasionally. The Sharp Aquos R3 is one such device that caught our attention with its 120Hz refresh rate on a dual-notch display screen.

Yes, besides the impressive 120Hz refresh rate, the Aquos R3, for some reason, has a display screen with a notch at the top and bottom – the former houses the selfie camera while the latter surrounds the fingerprint scanner that also doubles as the home button.

The rest of the specs are what you’d expect in any high-end 2019 smartphone, including things like Snapdragon 855, 6GB RAM, 128GB storage, a dual-lens main camera, Qi Wireless charging, and so on.

Being a Japan-focused device, it might never reach American shores, but in the event it does, we’ll update this post with pricing and availability details. 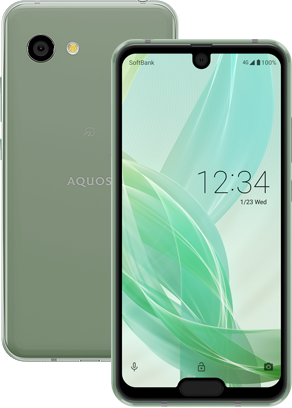 This should also be partly true for the Sharp Aquos R2 Compact above, which, as the name suggests, has a compact 5.2-inch 1080p display screen with a 120Hz refresh rate and the same dual-notch design as its R3 counterpart. But since it comes from 2018, it has year-old hardware in Snapdragon 845, 4GB RAM, 64GB storage, a single main camera, a 2500mAh battery, and so on.

After breaking ground in the gaming smartphone segment with the original ROG Phone in 2018, Asus is set to double down with the second iteration of the device. The company has just officially unveiled the ROG Phone II, boasting the most bleeding-edge tech in the market.

The device is set to hit the shelves in the first week of September and is expected to have a starting price of around $899. The Taiwanese giant has left no stone unturned to deliver a ridiculously brilliant gaming powerhouse, at least that’s what the spec-sheet tells us.

Sadly, the company hasn’t released any official images of the phone, but too many visual changes look rather unlikely at this point.

Google Play Store is down with a server error problem 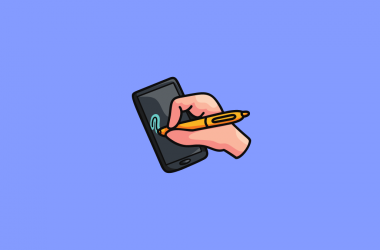 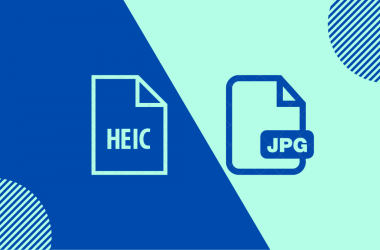 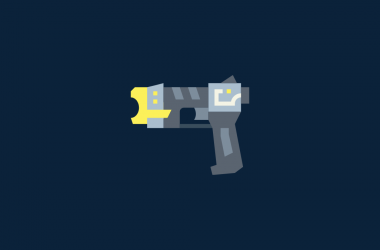 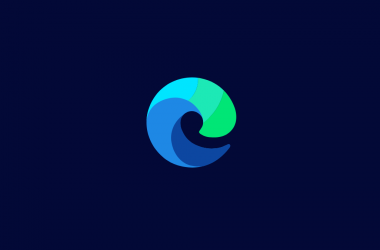 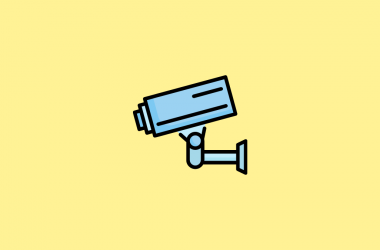