A new software update is currently rolling out for the Xiaomi Mi A1, the Android One smartphone from the Chinese maker. The update is available via OTA and its size varies from user to user.

Some users are reporting a file size of about 460MB, while others are seeing upwards of 1GB. The latter is because the update may include the previous security patches and fixes as well. Anyway, this new update installs the latest November Android security patch on your Mi A1. 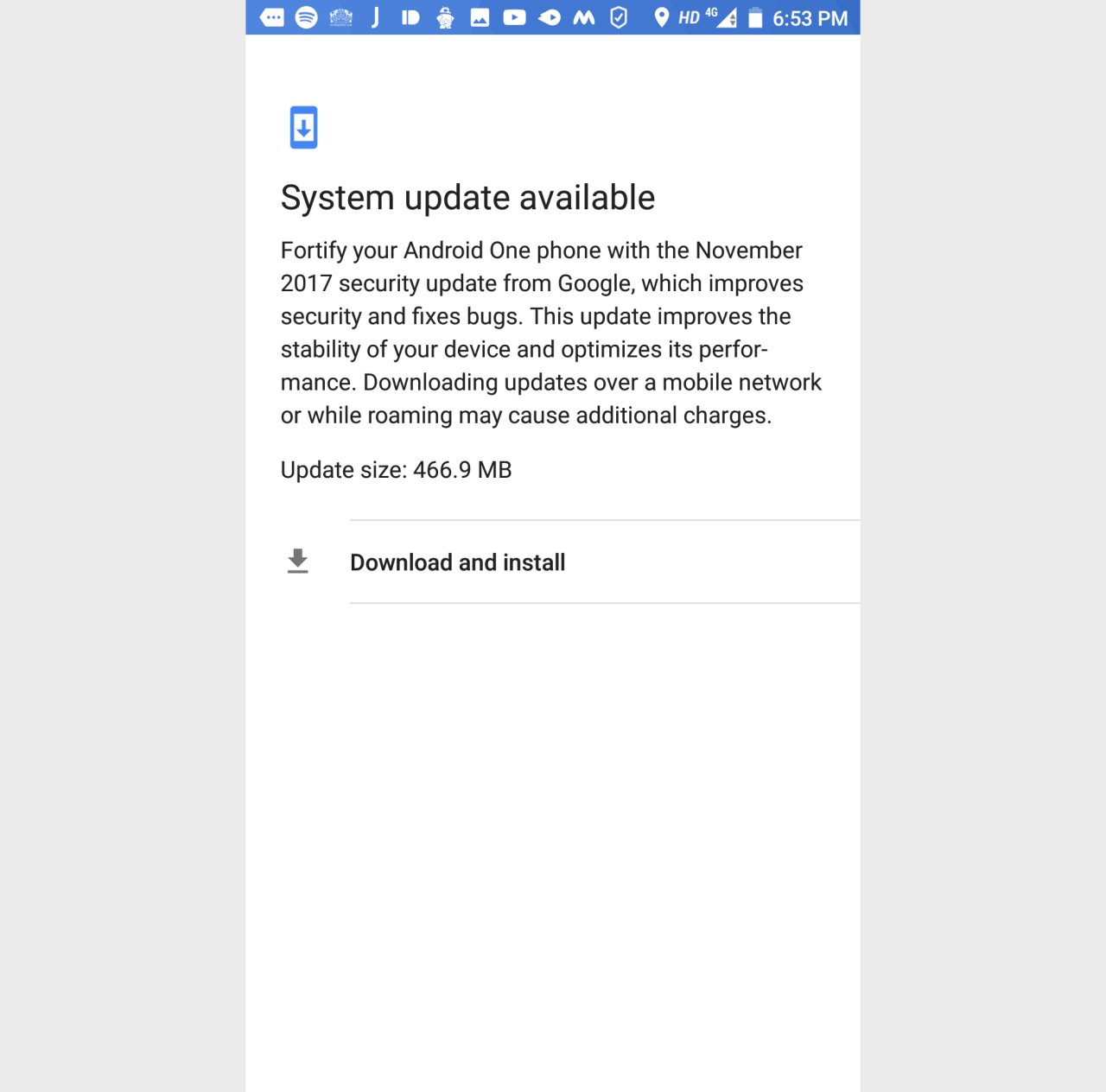 Apart from that, you will find under-the-hood improvements, improved security, performance and system stability. There aren’t any new changes and improvements to the system UI or any new features in this update.

One of the benefits of being an Android One phone is that it will receive software updates before others as it runs stock Android. However, Xiaomi has delivered this update later than some other OEMs. Still, it is good to see that the company is seeding new updates.

The Mi A1 will also be receiving the Android Oreo update very soon, most likely by the end of December. So you can look forward to that. In the meantime, you should install this update and make your phone more secure.