After the Sprint in US, now T-Mobile has released the Android 7.0 Nougat update OTA for its LG G5. The updates comes as build no. H83020a, and runs 1272.9MB, but apart from Nougat 7.0, it also brings November security patch.

The international version of the LG G5 also has Android 7.0 firmware out, while the G5 7.0 OTA is also available in Korea, where it was first launched.

LG G5, Moto Z Droid and HTC 10 are the only devices outside of Nexus and Pixel sets to run Android Nougat stable update, as the like of Galaxy S7 and S7 Edge are still making to with the beta version of the latest Android OS.

We expect the T-Mobile G5 Nougat firmware to become available shortly, so keep an eye on our firmware page linked above if you are keen on that. 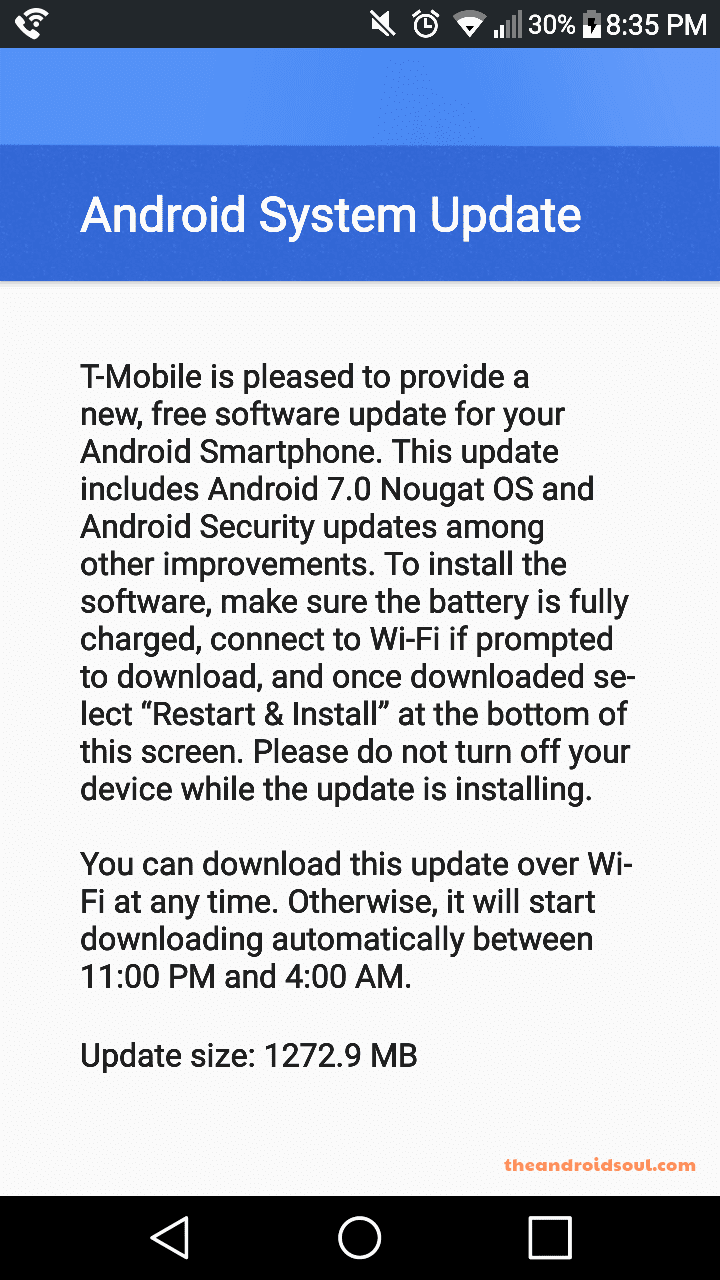