Update: It’s now confirmed that this is indeed the Marshmallow update for Sprint Tab S2, and the build no. is T817PSPT2BPE1. The changelog also mentions SOTI applications. Sprint has confirmed that the rollout started on June 1. Check for OTA now if you own this cool piece of tablet.

It just came into our knowledge that Sprint has released a new update for its Galaxy Tab S2, and from the looks of it, it looks like Marshmallow update. Yup, finally, your Sprint Tab S2 Android 6.0 update has been launched, and is available already as an OTA.

We don’t have the build no. yet with us as Sprint has kept mum on the details. But because even when a carrier like Verizon has released the 6.0 update for Tab S2, it’s expected Sprint’s Tab S2’s Marshmallow update was around the corner too. And thankfully it has arrived. 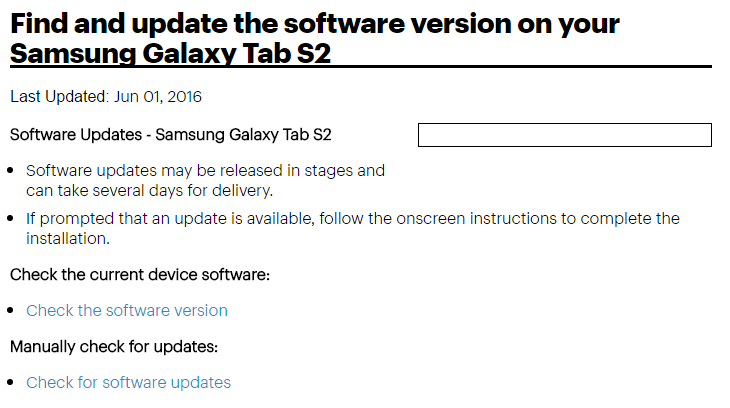 With the Marshmallow update, you get usual set of new features like Doze mode, app permissions control, Now on Tap, etc.

To check for an update, jump into Settings app, and look for an OTA update under the system updates.

One a firmware is available too, we will be sure to update our Galaxy Tab S2 firmware page with the download link, so that you can update it manually whenever you want, using the guide provided therewith.