I just received an e-mail from the Sony Ericsson team announcing that they’ll be closing down there sync service in favor of Google Sync service.

It wouldn’t require any software update or something since it’s no new feature ─ Google Sync services are built into core of every Android phone, so we always had them in our Android based Xperia devices.

The funny thing thing is it took this long for SE to realize that Android already has a better (or best) sync solution for Contacts, Calender, Gmail, Maps, YouTube and more.

Here’s what SE has to say: 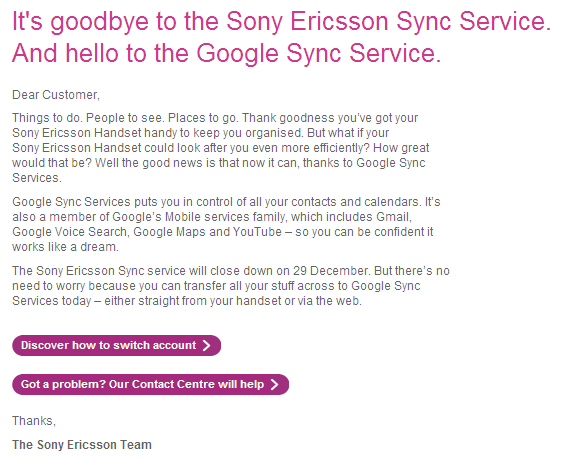