Should You Play The Witcher 1 and 2 before 3?

With CD Projekt RED’s first non-Witcher game, Cyberpunk 2077, poised for one of the biggest, most hyped-up drops in a long time this November, the franchise that turned CD Projekt RED into the multi-billion dollar games developer is today is seeing a renewed surge of interest. Gamers who got derailed by Skyrim or their favorite esport the first time around, or fans of the hit Netflix show curious to see what kind of game it takes to turn superman into a nerd — because Henry Cavili is a nerd, it turns out. Just a very athletic one — are thinking about diving into the Witcher universe and seeing what all the rage is about.

With The Witcher 3: Wild Hunt the standout standard-bearer of the franchise, many would rather jump right into the most modern installment of the RPG that changed the world of gaming forever — but are understandably worried about skipping the first two parts.

Should you play The Witcher 1 and 2 before diving into 3?

We answer that very question down below, as well as shed a little light on the unlikely origin story of one of the greatest RPGs ever made.

What is the Witcher?

The Witcher franchise spans a wider range of media than most realize; Not only is it a TV Show and a series of RPGs, but also several hundreds of thousands of excellent polish prose. Indeed, Geralt of Rivia was first born on the pages of a short story from almost 40 years ago.

How Geralt found his way to the PC and Console screen, burning the image of his white hair into the retinas of millions of gamers is a tale of two entities: one, a series of brilliant fantasy novels by Andrej Sapkowski, and two, a pair polish video game nerds with a bunch of unusable code and a brilliant idea. 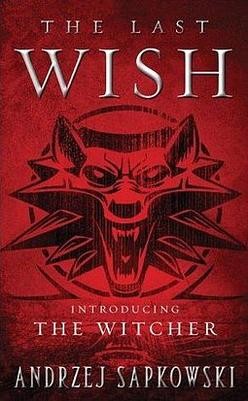 Geralt of Rivia’s first appearance in the minds of a doting audience came well before most of you reading this were probably born; it was 1986 and Polish author Andrej Sapkowski had just submitted his original short story, The Witcher to Polish science-fiction magazine, Fantastyka for a writing contest. The story followed Geralt and his fight with a Striga that even found its way into the Netflix show and surprisingly ended up in third place (how good were those first two stories?). But the story lingered in the minds of the Fantastyka readership, and Sapkowski continued to publish stories, quickly expanding the universe of the now world-famous professional monster hunter.

As Sapkowski churned out more stories at a relatively high pace, the initial burst of short stories culminated in a two-volume anthology, titled The Last Wish and The Sword of Destiny, that put the Witcher on the map for a wide readership in Poland and beyond. These stories would lay the bedrock for the Witcher’s rich universe that Sapkowski would later build into a linear, five-part series and a standalone novel that would become the Witcher Saga, starting with The Blood of Elves. 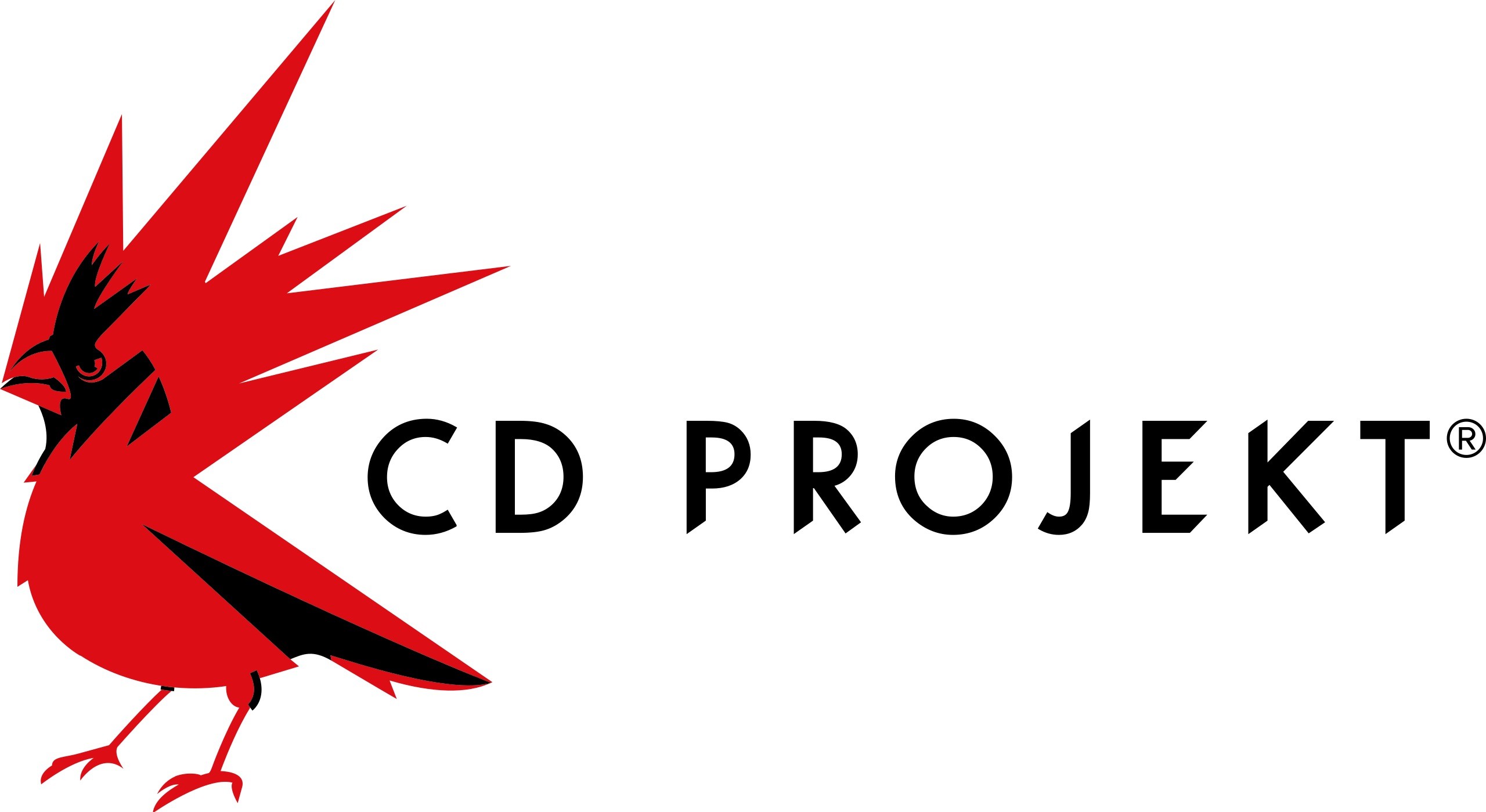 CD Projekt actually began as a video game distributor before they ever dipped their toes into the development waters.

The company’s founders, Marcin Iwiński and Michał Kiciński, both had humble starts in the industry as high-school hawkers of cracked video games, more often than not skipping school to play them or sell them rather than study. The pair grew up in an era unlike ours, when Poland was still inside the sphere of influence of the USSR and western media, even video games, were hard to come by. There was no Steam or Epic Store to download giant AAA titles from without ever leaving your house. There was only the open air video game bazaars that eventually began to creep up in the wake of Polish independence.

It was the early 90’s, right around the time the Witcher Saga books were coming out, when the pair met up and decided to try their hand at distribution. They formed CD Projekt (the predecessor to the CD Projekt RED that would one day be worth 2.3 billion dollars) with a budget of $2000, working out of their friend’s flat. It was around this time that they, unknowingly, were avidly reading the books that would soon play a part in changing their lives forever.

With their company finding success importing and distributing western games, they branched out into game localization, creating packaging and manuals in Polish for western games that soon proved lucrative. CD Projekt only truly hit their stride, however, with a partnership with Interplay Entertainment that had them fully localizing the Baldur’s Gate games with complete Polish voice acting, end to end translation, and eventually collaboration on the development of Baldur’s Gate: Dark Alliance.

But then Interplay Entertainment hit a financial pothole, and the game was canceled.

CD Projekt Red, the subsidiary Iwiński and Kiciński created to hand development, owned the code, however, and found themselves with the materials for an RPG and no IP to use for it. And then they heard that the development rights for Sapkowski’s The Witcher were up for grabs, and well… they say success occurs when luck meets opportunity.

Do You Have to Play the Witcher 1 and 2?

No, you don’t have to play the Witcher 1 and 2 in order to enjoy The Witcher 3: Wild Hunt. Even without the backdrop of its prequels, The Witcher 3 is a masterpiece of a game with dynamic gameplay, an immersive open-world replete with adventure, and distinct, full of life characters that will draw you in, regardless of your previous familiarity with the universe.

CD Projekt Red did a fine job of walking the line between giving players enough backstory through dialogue and gameplay without outright info-dumping to get new players up to speed with the world and characters of the Witcher setting without boring them. The game even includes a datalog to reference in case you’re feeling lost or want a quick recap of some aspect of the game’s history or a character’s lore.

Hardcore gamers more interested in gameplay than narrative will be the most comfortable skipping the first two parts in the series.

The combat system in The Witcher 1 is a bit…  wonky in comparison to the polished, dynamic combat in Wild Hunt. Rather than a more varied skill-based attack system, combat essentially boils down to a timing-focused point-and-click that will be utterly confusing to most modern players.

And while The Witcher 2 is certainly more up to date with the modern meta of action RPGs, those less interested in the lore of the Witcher will be less enthralled with what are comparatively lower-spec graphics and a smaller scope than the sorts of open-world games on the menu in 2020.

While the plots of 2 and 3 especially are interconnected, one can certainly follow along and get a handle on Geralt, who he is, and the world he finds himself in just. If you’re just looking for an incredible action RPG, you can freely dive into the masterwork that is The Witcher 3.

Yes. You absolutely should play The Witcher 2 at the very least. Doing so will improve the experience significantly. While the action-oriented, well-designed gameplay and immersive open-world make The Witcher 3 a great game — its story, its characters, its personality on top of that sound structure make it a god-given masterpiece.

Besides, The Witcher 2 is itself an excellent game with phenomenal replay value. It features a branching narrative in which an early decision opens up entirely different and altogether disparate pathways through the game, making it 100% worthwhile to pick it up and play again once you’re done.

The culminating events of the Witcher 2 also directly tie into the plot of Wild Hunt, and playing through it will provide a narrative context for the events of Wild Hunt, as well as introduce you to some important characters ahead of time. This provides a firmer background for Geralt’s interpersonal relationships that really make the narrative shine, and will keep you from getting hung out to dry whenever someone references the past while talking to NPCs like Triss, Dandelion, Shani or Zoltan.

Players can more safely skip The Witcher 1 because, fortunately, the Witcher 2 opens with Geralt having seemingly lost his memories. This alone makes a blind entrance into the second installment in the series almost more interesting than otherwise, because players are left to rediscover the backstory alongside Geralt. Plus some of the characters go out of their way to recount their past dealings with our professional monster hunter.

So, if you do have the time, and would like to learn more about the series and have the full, unvarnished Wild Hunt experience, we highly recommend you give The Witcher 2 a play-through at least. Bonus points for reading the books and pushing through the… unique… combat system of The Witcher 1.