Samsung is working on a new Galaxy M series and so far we’ve come across details of the alleged Galaxy M10 and Galaxy M20 handsets.

On this page, though, we bring you all you need to know about another of the devices in the upcoming M series, the Galaxy M30. Like its counterparts, the info we have is based on rumors, leaks, and unconfirmed reports, all of which have become part and parcel of smartphone news reporting these days.

Without further ado, here is what we’ve gathered about the Galaxy M30, beginning with the specs.

In an interview with Reuters, Samsung confirmed that it is indeed working on a new Galaxy M series aimed at rivaling the growing dominance of budget-centric smartphone vendors like Xiaomi not just in India, but also in other parts of the globe.

Considering the approach these companies have taken by offering top-level design and hardware for the opposite price, Samsung will be looking to better them in just about every aspect, especially on matters design, specs, and features.

And indeed, looking at the rumored specs of the Galaxy M30, there is little doubt that Samsung is up to the task. While not much is known about the design language, a Geekbench report gave us a clue of what to expect in terms of internal specs.

Apparently, the Exynos 7885 will take care of processing duties alongside at least 4GB of RAM while storage will be assigned either 64GB or 128GB with room to expand. On the back panel, some rumors point to a tri-lens camera consisting of a single 13MP lens and two 5MP lenses, all probably working in similar fashion to the Galaxy A7 2018, while others point to a dual-lens setup. For the selfies, a 16MP lens is expected. 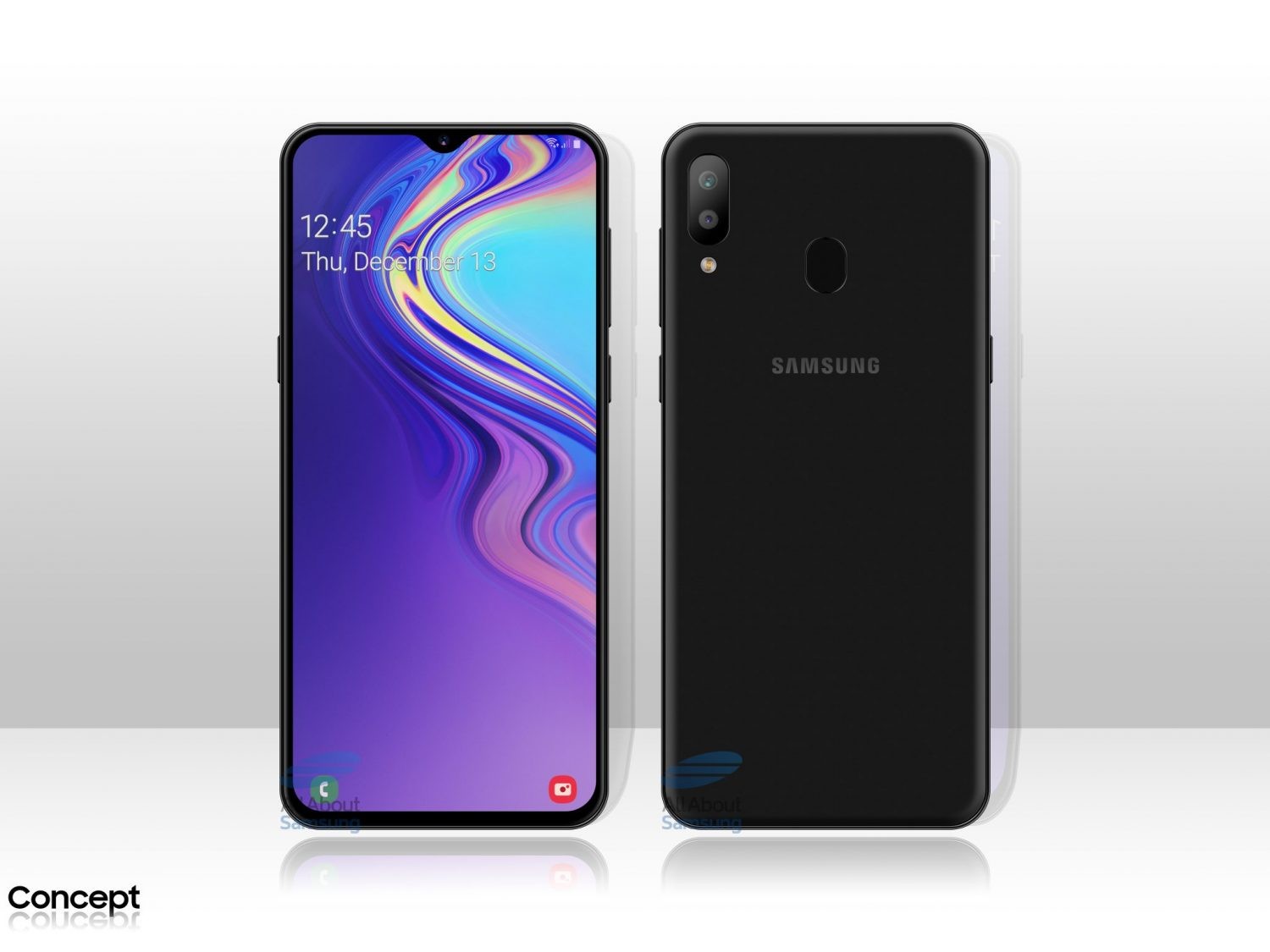 To keep the Galaxy M30 alive will be a massive 5000mAh battery charged via a USB-C port and even though not mentioned anywhere, some sort of fast charging technology is expected. Otherwise, it will take hours to fill up this unit from 0 to 100%.

Earlier reports had indicated that the M30 will join the M20 and M10 in rocking an LCD panel whereas the more premium Galaxy M50 will come with an AMOLED panel. Allegedly, the M30’s display screen will stretch 6.38 inches across the face of the phone with support for a full HD resolution on a 19:9 aspect ratio touted as well.

If the benchmark is to be consulted once again, the Galaxy M30 will come preinstalled with Android 8.1 Oreo out of the box. Considering its expected launch date, this isn’t surprising at all.

Speaking of availability, the interview with Reuters also revealed the release date of the Galaxy M series in India to be January 28, 2019. We don’t know whether the Galaxy M30 will part of the initial launch, but the report does mention that three Galaxy M devices will be on the show, which makes it pretty certain that the M30 will be part of the launch.

Also, Samsung did confirm that India will not be the only market to see the M series, but it will be the first before the rest of the globe gets a taste of the new gadgets.