Exactly a week ago, we had published an article with some concept pictures detailing what the Samsung Galaxy A8s might look like based on the clues that had already been received. This time around, another leak by allaboutsamsung points out what the phone’s detailed specs might be. According to the German tipster, the phone’s exact dimensions measure 159.11 x 74.88 x 7.38mm.

The screen is a 6.39-inch FHD+ LCD with the revered Infinity-O display that not only comes without a notch but looks phenomenal in its edge-to-edge design. The 24MP front camera is accommodated within a minuscule 6.7mm diameter hole at the top-left of the screen enabling the Korean smartphone major to adopt a no-notch design that’s very pleasing to the eye. 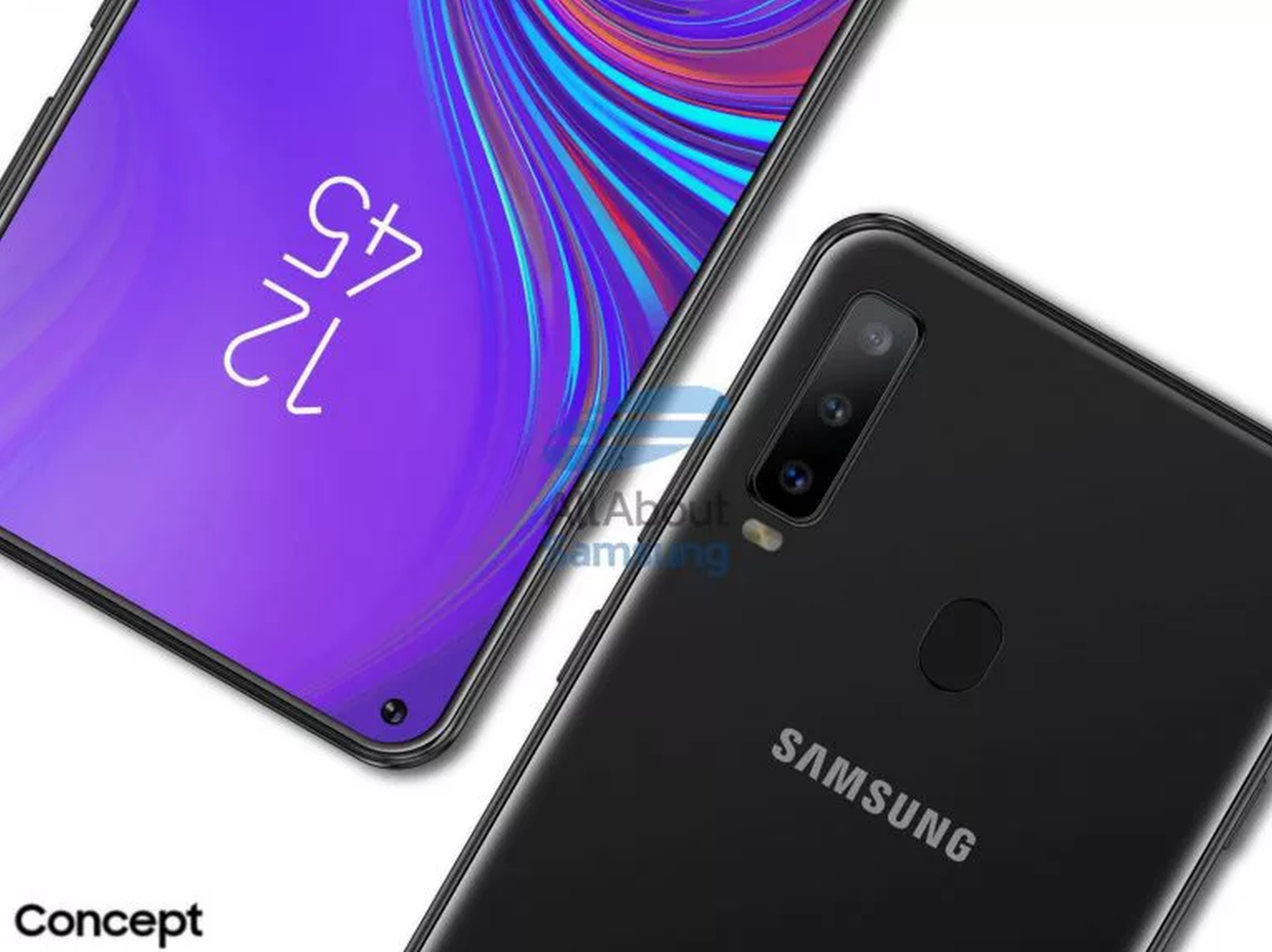 The triple rear camera sensors measure 24MP, 10MP, and 5MP but their exact details aren’t known at the moment. However, it may be suspected that it’s the same camera milieu that we saw in the Galaxy A7 2018. Coming to the processor, the phone is expected to be powered by Snapdragon 710 chipset, the first Samsung phone to employ it.

This upper-mid range processor is expected to be ably supported by 6GB RAM and 128GB ROM. There will also be a dedicated micro SD slot with a storage capacity of 512GB. The phone, however, seems like will be fueled by a middling 3400mAh battery when considering that it houses quite a large screen, although the battery-sipping 1080p resolution should help ease the power demands.

Having said that, the phone will reportedly run on Android 9 Pie out of the box that should help it to last through a day of moderate use. While there’s no official communication from Samsung about the phone yet, we expect it to launch in early January next year with black gradient being one of the colors it’ll be available in.

New details about the Galaxy M and Galaxy A phones leaked

Moto G7 Play: All you need to know