Roblox predates Minecraft by a few years. Ancient in gaming terms. The platform has been around since 2005 but is, here in 2020, riding the peak of astronomical popularity.

And Roblox isn’t a survival craft game like Minecraft. In fact, Roblox is itself not even a game, really; It’s a platform for hosting user-generated game worlds, loosely tied together by a distinctive, voxel style. There are millions of Roblox games, spanning just about every genre you can think of.

And, while most of these games sit untouched by the light of day, gathering dust deep in the Roblox digital warehouse, some of these games have achieved gargantuan levels of popularity, earning their developers real-world money. Some have literal millions of players and active communities.

Related: How to zoom in on Minecraft 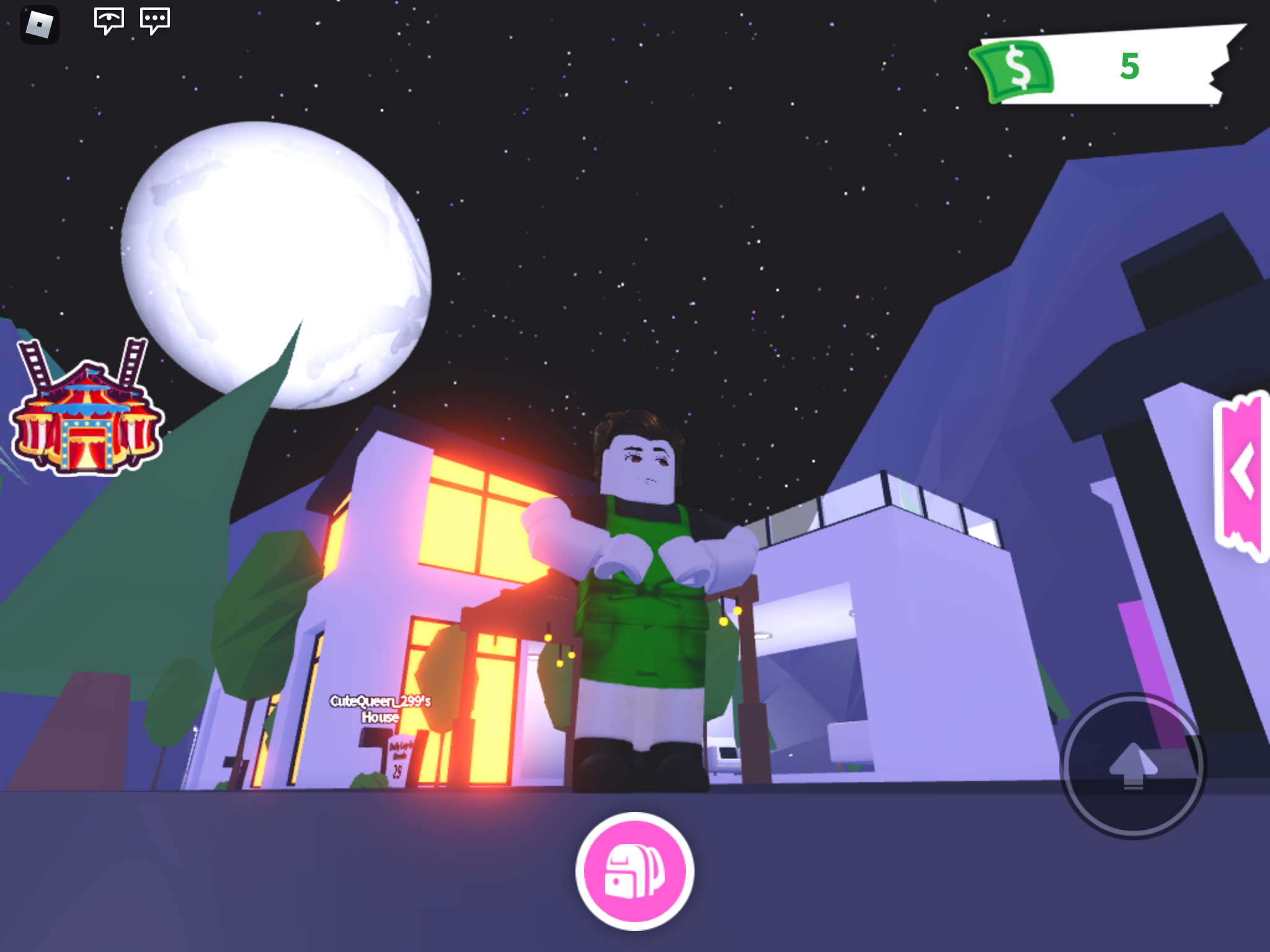 One such game is Adopt Me! that has, as of now, about 8 billion visits through the Roblox platform. That’s right. A billion. With a ‘B’. Adopt Me! is a cutesy, semi-MMORPG where you’re free to explore an island populated by other players and, as the name suggests, adopt a staggering variety of animals and creatures.

You can customize your character, design your own home, participate in events, and trade items and creatures with other players.

But no bustling, economically productive community goes long without its fair share of bad apples. Scammers are aplenty in Adopt Me! and their scams range from the surprisingly creative to the downright inane. Down below, we’ll explore some of the more common scams to look out for, and ways to protect yourself from the conniving ne’er-do-wells inside the colorful sandbox world of Adopt Me! 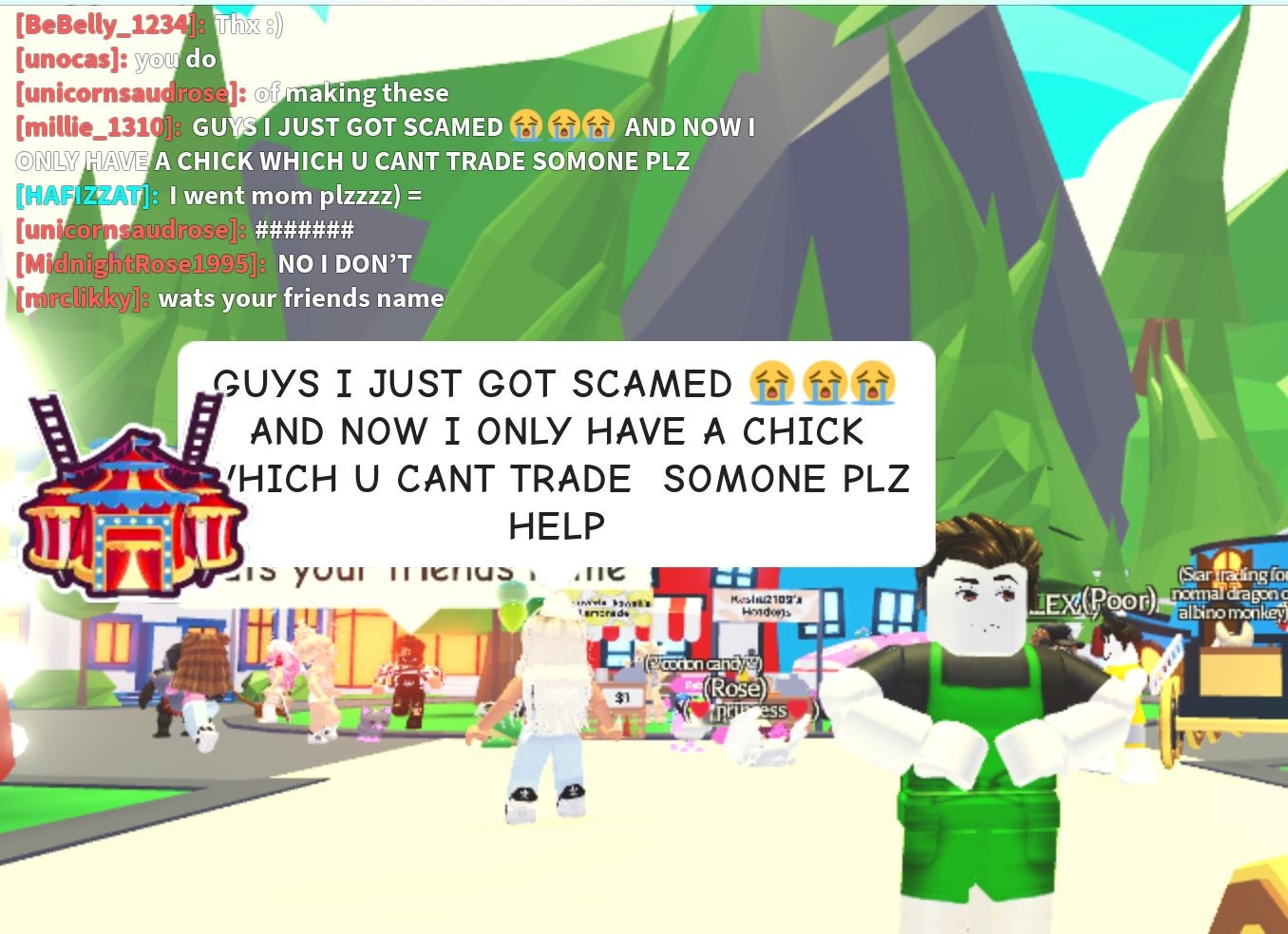 You may find yourself scoffing at many of the scams on this list, but remember: an Adopt Me! scam is a numbers game. It doesn’t have to work every time, just some of the time. And a surprising number of players, whether by their own greed or gullibility, fall victim to these scams.

I’m poor, I got scammed, I’m homeless, I need your help!

Definitely the most common scam. Any stroll through the town’s main square and you’ll find a plethora of these rather pathetic scammers. They’re either fake, or worse, too lazy to actually play the game. The scammers will do their best to hide their own valuables, donning starter clothes and using an alt account with a simple house. They deserve neither pity nor your financial aid.

This terrible thing happened to me, please make me feel better!

Convincing they may sound, but remember: the odds are overwhelmingly against any of these claims being true. It’s best to continue on your way, leaving these hastily fabricated pity parties in the dust.

A surprisingly creative scam, and one significantly more enterprising than “I’m poor”, is the Fake Thumbnail scam. The scammer claims to be a youtuber in the process of creating a video about Adopt Me! trades.

They’ll ask you to make a trade offer with something valuable and click accept, assuring you they will just screenshot and decline — promising to compensate you in some way. They won’t. They’ll compensate themselves by pressing accept — obviously — and hopping onto another server.

I’ll pay Robux for your XYZ

A scammer offers to pay Robux for an item of yours, usually for much more than the item is really worth.  They will offer the Robux to the player but demand the item first, saying they can’t trust you. That they’ve been scammed before. Walk away, always walk away.

If the player had Robux to spare, they could just buy what they needed from the store to make whatever pet they wanted, and certainly wouldn’t be resorting to shady, back-alley deals instead of buying it from the store.

Check their avatar. If you see only free-play items, it’s a good indicator that they have about as many robux as I have magic beans.

Do you trust me?

A particularly childish one, the “Do you trust me?” scam involves the scammer — usually, someone known in real life or a player who has spent some time gaining your trust — asking the victim to prove their trust by putting valuables up against an empty trade box and clicking accept, leaving themselves at the other player’s mercy.

99.999% of the time, this just ends up with you having conducted an involuntary free giveaway for the least deserving members of the Adopt Me! playerbase. The best way to avoid this scam is by simply being less gullible. Come on, people!

OMG Thank you for not scamming me!

Like a pair of ragged pickpockets, Adopt Me! scammers often travel in pairs, working together to help people free themselves of those burdensome valuables. This cheap tactic is used to bolster the efficacy of other scams, like “I’ll pay Robux for your XX.”

The scammers repeatedly broadcast something like, like “I’ll duplicate your pet!” and keep an accomplice on hand to loudly proclaim, “OMG thank you for not scamming me!” in a lame attempt to lend credibility to their scam.

That should be your first red flag. Do a background check. If the two of them are on each other’s friend list, chances are they’re working in tandem. Even if they aren’t, best not roll the dice.

My trade menu is glitched!

Sometimes scammers will claim their trade menu is glitched, and that the only way to circumvent this is by doing a sequential exchange — you give me your goods, I’ll give you mine — and of course they don’t want to be first. Firstly, if anyone ever makes this claim, it is false. The trade menu always works.

But have some fun with it: agree to the trade on the condition they pony up their goodies first. If by some miracle they actually do, return the favor; You don’t want to become your own worst enemy.

I’ll give your pet a cool name tag!

This scam’s clever compared to “I’m poor” but really only works on the especially gullible. The scammer will usually have a pet whose name tag uses a cool or unusual font. They will offer to do the same for your pet — just trade it to them first. They’ll trade it back. Promise.

Except they won’t. And you just lost a pet. If you actually want to give your pet a cool nametag, use any of the unicode font generator websites, like this one. They’re free.

Quick Tips to avoid the Roblox Adopt Me Scams 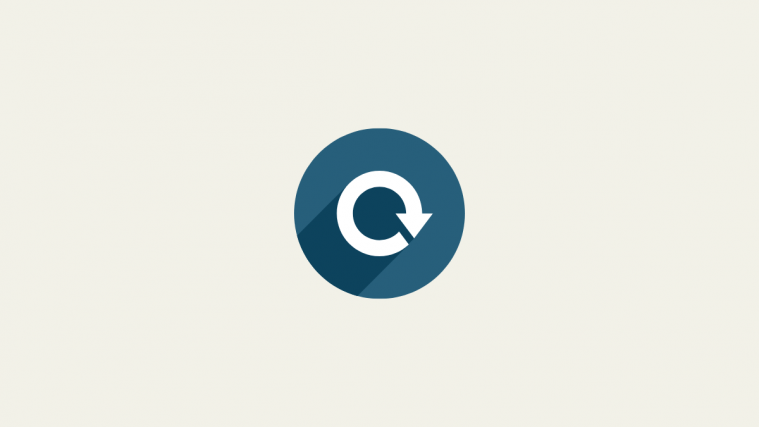 How to Uninstall Updates on Windows 11: Step-by-step Guide and Troubleshoot Tips 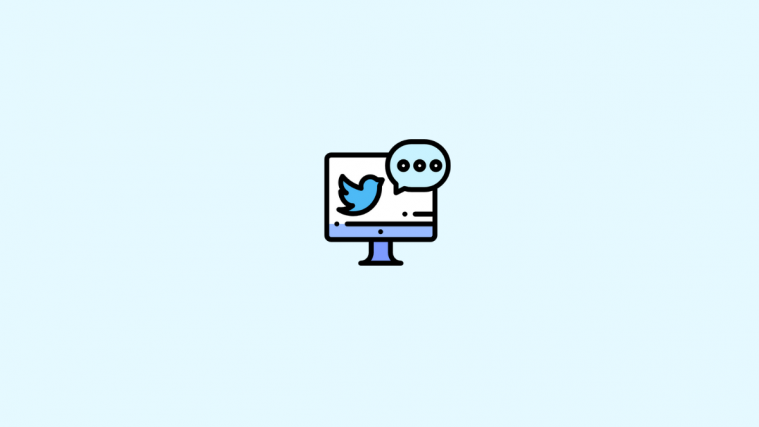 What is ‘Remove this follower’ on Twitter, How to Use and What Happens? 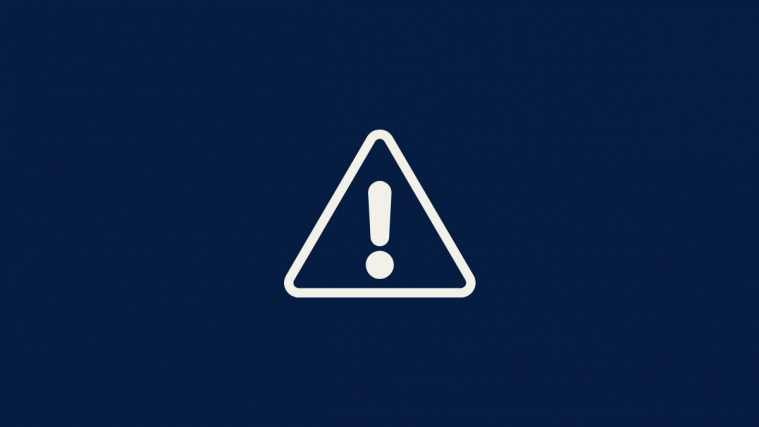 How to Remove the Evalutation Copy Watermark on Windows 11 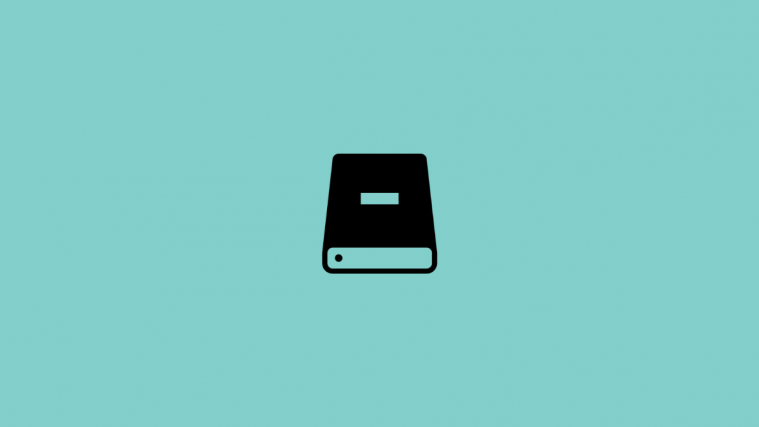