The first-ever Android-powered Nokia phone, the Nokia 6, is finally receiving an update that installs the latest Android 9 Pie OS. It was the only remaining device in the Nokia 6 series yet to get a taste of Pie, but this is no more.

Towards the end of last month, HMD Global published an official Android Pie release roadmap for all devices. At the time, the company said the Nokia 6 would begin receiving the update to Pie as soon as it was done with the implementation of Dolby. This meant that we didn’t get a definite date, but it appears this process is finally done despite taking longer than expected.

So far, the Pie update has been spotted on Nokia 6 with model TA-1003, but we expect the same to arrive on more variants of the handset. When exactly is still unknown, although the wait won’t be long for sure. 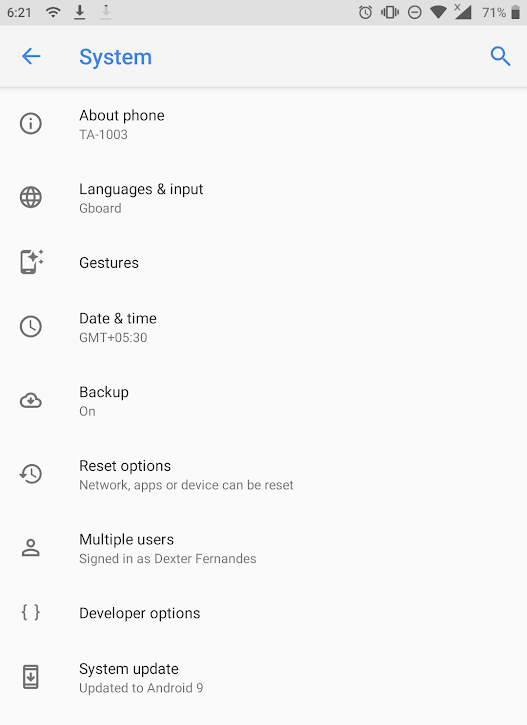 Some of the features you get after the update include adaptive battery, adaptive brightness, predictive app actions, gestures for system navigation, new settings menu and notifications, and so on. Besides Pie, the update also tags along February 2019 security patches, the latest version available.

Just so you know, this marks the end of the road for the Nokia 6 as far as major OS upgrades are concerned, with Pie the second  OS the device is receiving since its debut with Nougat.

It’s worth noting that this rollout is staggered and probably is based on regions and model numbers of the device, so don’t be surprised if the next person has received Pie on their Nokia 6 and you haven’t. That’s just the way things work.