OnePlus has started rolling out OxygenOS 9.0.6 for the OnePlus 5 and OnePlus 5T, providing a couple of Bluetooth connectivity fixes and latest Android security patch update.

The Chinese OEM has also confirmed that the update will be incremental, meaning it will reach a small percentage of users on the date of release before seeing an extensive rollout in the coming days.

Apart from the usual bug fixes, the OTA will allow the OnePlus 5/5T to quickly pair with the second generation of Bullets wireless earphones, similar to their successors – the OnePlus 6 and OnePlus 6T. The Android security patch has also been updated to 2019.5, while the issue where automatic answering would fail over Bluetooth headsets has been resolved.

The complete changelog as per OnePlus:

The size of the OTA update is under 200MB. 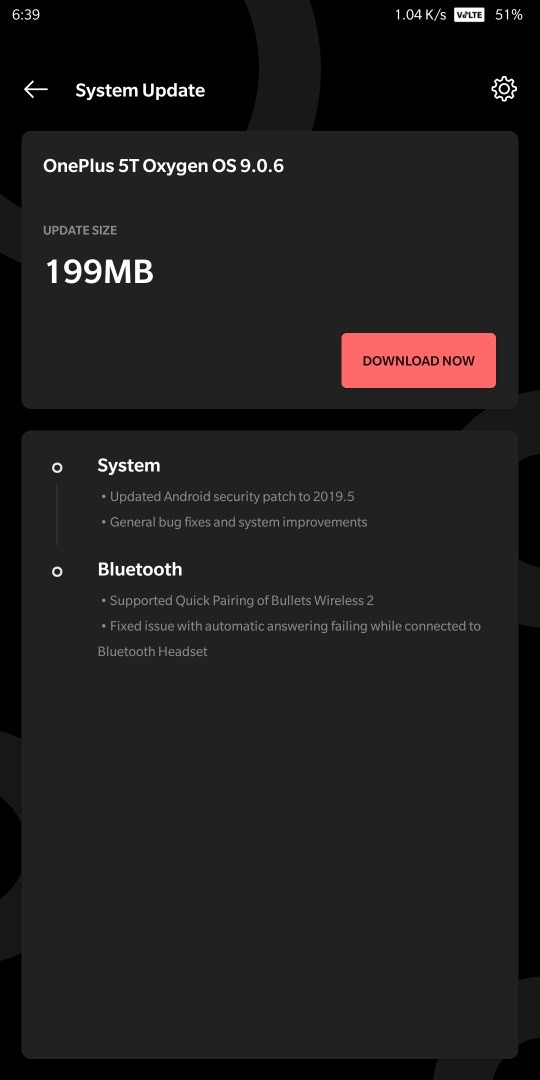