A funny name it is, but names aside, the V30S ThinQ is basically a V30 with more RAM and AI cameras. While adding more RAM to the V30 means tearing it apart, you don’t even need to open it in order to get some of those little nifty AI-based features on your V30 camera.

Apparently, a new update is rolling out to the LG V30 in Korea and with it comes a myriad of AI-based features that debuted with the V30S ThinQ.

This update has just started rolling out in Korea and we expect it to hit other LG V30 variants, including the V30+, in the coming days. It weighs a huge 821.02MB and thus, you’ll need a stable internet connection to grab the update when it finally comes your way. 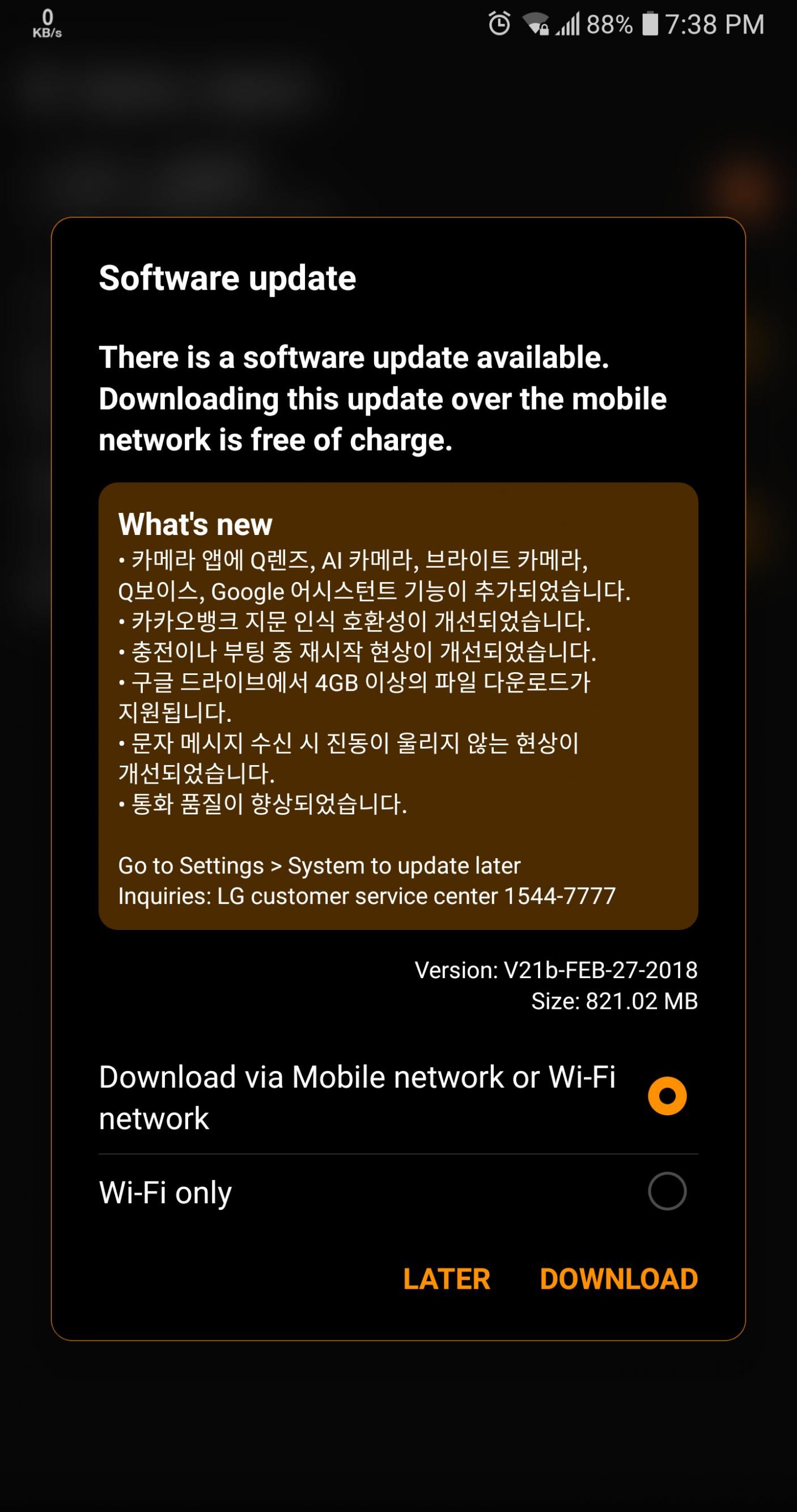 The V30 is also among the few LG devices that will be upgraded to Android P, whose first developer preview version is now available for download.

Android P is currently limited to Google Pixel and Pixel 2 devices and if you feel like joining in the fun, we have a handy guide on how to install the update on your phone right now.