An early Android Pie Beta has leaked for the LG G6, bringing all of Android 9’s goodness to the 2017 LG flagship.

The Korean company, who isn’t the most agile when it comes to providing major Android updates, has scheduled the official Android Pie update for the G6 in the third quarter of 2019.

According to XDA Developers, Telegram user @backryun came across the Android 9 Pie build for the LG G6, which user @Pascal confirmed to be a beta for the H870 European variant. Later,  a Redditor ran the build and confirmed the speculation.

The update — build number PKQ1.190421.001 — packs all the bells and whistles of the Android Pie and is reportedly very stable already. It brings the two-button gesture navigation, a reworked screen recorder, dual apps mode, and the May 2019 security patch.

If you are using the H870 European version, you could either flash the update through TWRP or use LGUP to sideload the update file.

LG is yet to confirm the release date of the stable Android Pie update for the G6. 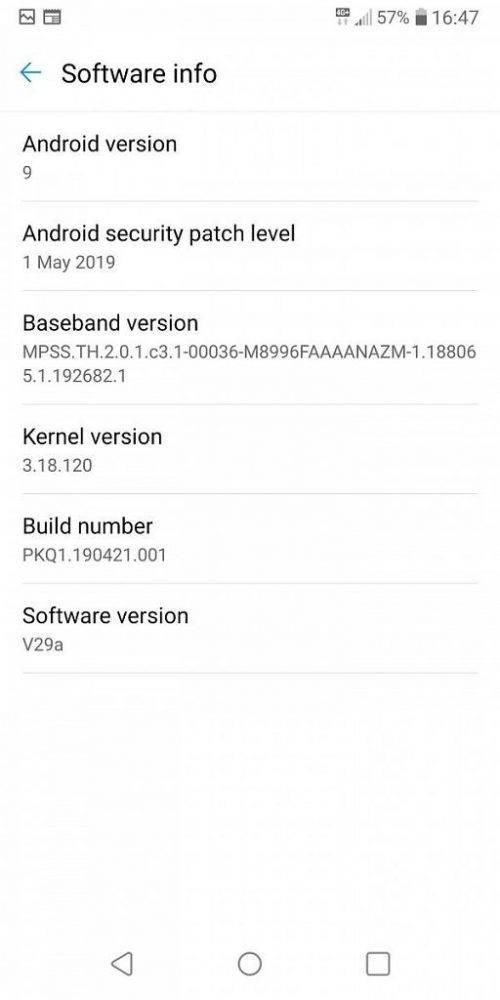 The update is even available for download thanks to the Redditor, @Rifum.

Compatibility: The files provided above are compatible only with the LG G6 model, H870.