Last July, the news first broke the Kentucky Fried Chicken, of all people, were entering the then next-gen console race with their own inexplicable creation, the KFConsole. While it first sounded like something straight out of a sketch comedy show — a KFC console, shaped like a bucket, with a chicken chamber? — by the time we all finished laughing, KFC and their partner, Cooler Master, were still staring at us with a straight face.

By December, the company made the announcement official, doubling down on their promise that the KFConsole was indeed not the brainchild of an exceptionally brave marketing team nor a Colonel Sanders fever dream, but was in fact a real-deal machine backed by real-deal hardware.

The news surrounding the console has quieted down somewhat since then, but we’re still intrigued, and we oh-so-badly want to know:

Yes, indeed. It would seem that the KFConsole, against all seeming probability, is seriously going to be a thing. And a high-end piece of hardware that, in some respects, might actually outperform even the PS5 and Xbox Series X. And yes, it really will keep your food warm with a built-in chicken chamber. That hasn’t changed. Since KFC and Cooler Master assured everyone last December that the device was indeed being developed for eventual release and read out a list of impressive specs, there is still absolutely no sign that the KFConsole is a hollow marketing ploy and all indications are that the KFConsole is indeed, still real.

What is the KFConsole? 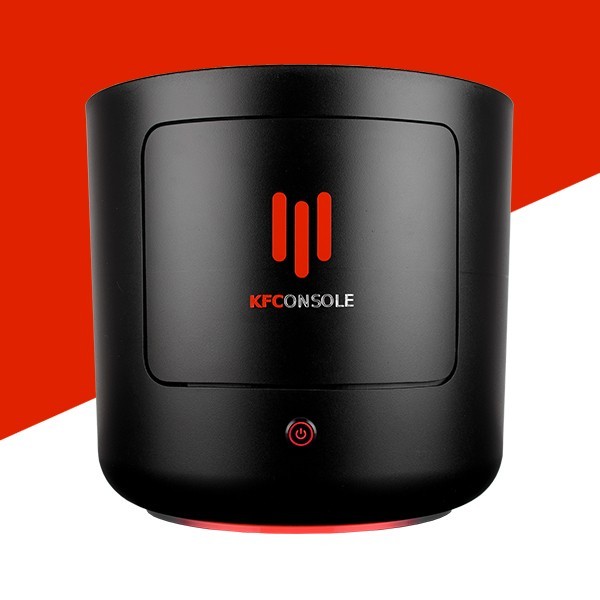 In case you missed the announcement the first time around, or brushed the headlines off as fried-chicken-induced delirium, the KFConsole isn’t so much an actual console as it is a custom-built PC with some crazy specs that we will go over next. Created by the Cooler Master design team led by Timeplay, the device isn’t just a beefy custom PC with a ton of horsepower stuffed into its bucket-shaped shell, it also sports a unique “chicken chamber” designed to keep your food piping hot while playing.

It is, in some ways, a flamboyant flex of the design prowess of Cooler Master; you would think a heating device inside of a gaming rig whose central objective is to keep temperatures down is somewhat counterproductive — until, that is, you learn that the chicken chamber makes use of the natural heat generated by the console to keep itself warm, rather than the other way around. This way, the harder your system works, the hotter your food is. It’s as smart as it is completely ridiculous and unnecessary. But smart.

How Good is the KFConsole? 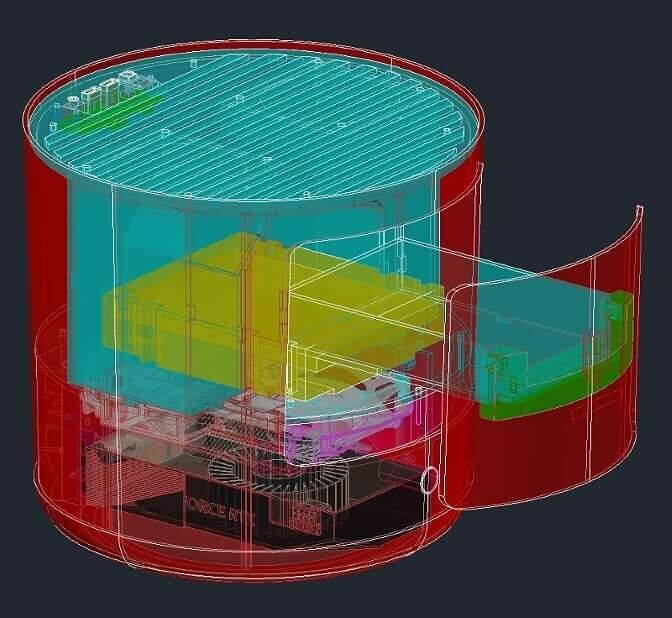 In terms of sheer power, the KFConsole can hang.

Seriously, the KFConsole is one hell of a machine. In some ways, it even outclasses the “real” consoles by Microsoft and Sony. With full-blown ray tracing, 4K 240FPS, and supposedly out-of-the-box VR ready, KFC and Cooler Master make some bold promises. But these promises are backed up by equally bold specs: inside a Cooler Master NC100 Chassis, the console is sporting an Intel Nuc 9 Extreme Compute Element powered by an Intel Core 19-9980HK CPU with a pair of 1TB Seagate BarraCuda PCIe NVMe SSD’s. And to top it all off, the KFConsole will apparently ship with an Asus RTX of some sort that will be hot-swappable for longer-term longevity.

In case you’re not keyed into modular computing or what all that means when put together, you can rest assured that means a heck of a lot of power. While it doesn’t have all of the nuances of the next GEN consoles, if you put aside the superficial ludicrousness and memery of it all, the KFConsole is seriously one hell of a machine. It looks like they threw in the chicken chamber because, since it works of heat being generated anyway, it didn’t cost them anything and gave them the opportunity to pull off the marketing stunt they did.

While it does seem that the KFConsole is all too real, a hard release date has yet to materialize.

The general consensus appears that we should expect an announcement related to the KFConsole in the second quarter of this year, but whether we will see a release date set inside this year remains up in the air. It’s also uncertain that the KFConsole is as legitimate an entrance into the console wars as the marketing team might have you believe. It seems much more plausible that the KFConsole is destined for a limited run as something of a novelty item that gives both KFC and Cooler Master some cross-promotional bang for their buck.

In terms of pricing, you can expect the KFConsole to command well over $1000 based purely on its parts alone. Throw in the fact that it is almost guaranteed to be a limited edition one-off and a $2000 price doesn’t seem as outlandish as it might outright. How can anything be considered outlandish when we enter the conversation with an in-built chicken chamber inside of a KFC-branded console?

What do you make of the KFConsole? Still think it’s real? Or is it more likely something we collectively imagined inside the dreams of a Cyberpunk 2077 NPC?

How To DM on Instagram: A Complete Step-by-Step Guide!