iOS 14 has been highly anticipated thanks to new features and aesthetics, naturally, some bugs are to show up as the latest release is still a beta. Some prominent issues are popping up in forums that you should be aware of, especially if you plan on updating. Apart from issues, we will also take a look at some potential fixes that might work in case you have already updated to the beta and are experiencing bugs. 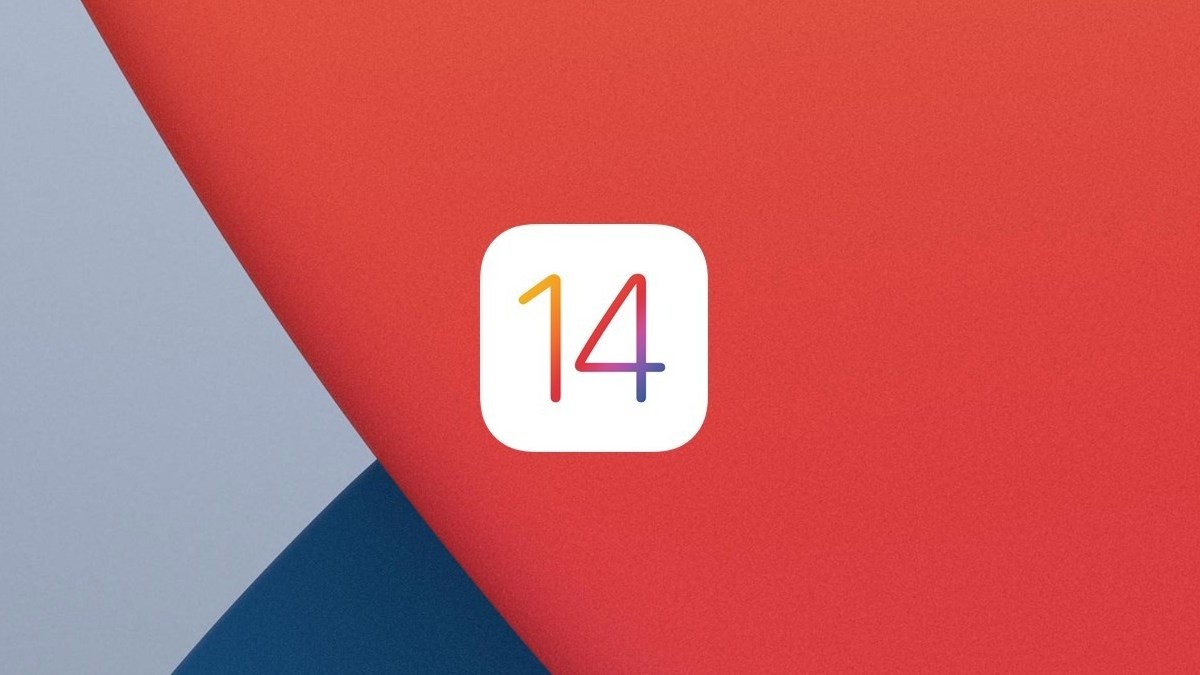 Here’s a list of problems that have been reported by users for iOS 14 public beta. This is obviously not a comprehensive list, but we have tried our best to cover the major issues reported so far. In case you think we should add an iOS 14 public beta issue here, feel free to get in touch with us via the comments box below.

Please be aware that Niantic apps are only supported on the latest stable OS versions, including Android 10 and iOS 13. Our apps may not function on beta OS versions.

Niantic has officially tweeted that their apps do not support iOS 14 yet. Many users are unable to download their games while others face an error screen. Niantic games include popular titles like Pokemon Go, Ingress Prime, and Harry Potter Wizards Unite. So if you play any of these games then you might want to wait until Niantic releases support for iOS 14. 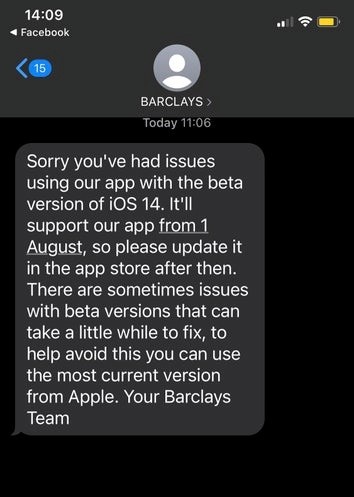 If you have an account with Barclays then you might want to hold off updating to iOS 14. Users that had reported problems while using the app received official feedback from customer support stating that the current version does not support iOS 14. A subsequent update with support for the latest version is in plans and should release by 1st August.

If you are an Office 365 user on iOS 14 then you might have noticed that your apps are not syncing with the error message “unable to retrieve account information“. This is a known issue that has been reported to Microsoft and a potential solution has been found as well. Follow the guide below to fix this error message. 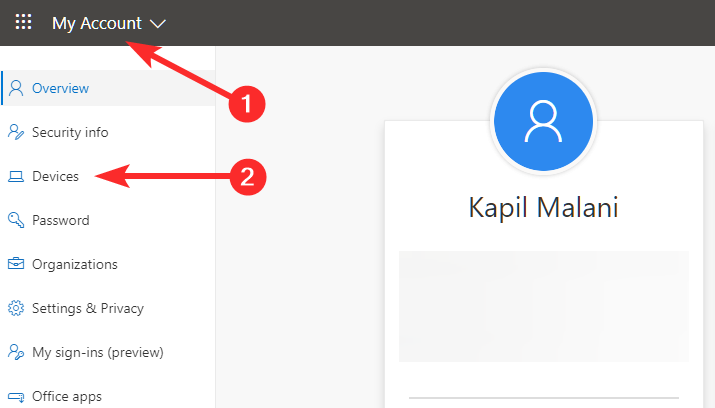 Note: If you are using Office 365 via your organization then you might have to contact your administrator.

Now remove your ‘iPhone’ from the device list that shows up on your screen. Head back to your iOS device and restart your it. 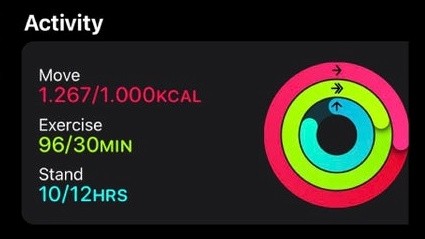 iOS 14 has been reported to be having issues with widgets with many of them failing to refresh. Many users have also reported that the weather widget will constantly reset its location to ‘Cupertino’. Another widget affected by this issue is the Activity widget which will not refresh until you tap on it. If you are using a third-party app then you might need to reset your connection to refresh your stats.

‘Other’ Storage filling up

iOS is notorious for classifying lost files, broken files, and temporary files as ‘Other’ under your storage options. Your leftover OS update files could also be among this eating up space on your device. If you are experiencing this issue on iOS 14 then you are not alone. Many users have reported excessively lost to ‘Other’ storage. A recent workaround that seems to have worked for many users has been listed below. If you are facing this issue then it might help you.

Open the Settings app on your iOS device and tap on your Apple ID right at the top. Now tap on ‘iCloud’. Tap on ‘Photos’ to proceed.

Turn on iCloud Photos. If it is turned on already, turn it off. Put your plane in airplane mode for a minute and turn the network back on. Now turn your iCloud Library back on.

You should now see most parts of your ‘Other’ Storage turn in to ‘Photos’. You can now back them up and delete them to free up space or keep them on your device if you wish.

While iMessage is an incredible instant messaging service, its new features often come along with new bugs. The latest one that has been persistent in many iOS versions is the iMessage bug where the stored messages on your local storage are never recognized by the ‘OS’ which makes them show up in the ‘Other’ category. Let’s take a look at a workaround that might potentially fix this issue for you.

Open the ‘Settings’ app on your device and tap on your Apple ID right at the top. Now tap on ‘iCloud’. Now turn the toggle for ‘Messages’ off.

Go back to the ‘Settings’ app and tap on ‘Messages’. Next tap on ‘Keep Messages’ under ‘Message History’.

This should reset your iCloud configuration for messages and help them get recognized. Not only this, but it will also clear up old messages and store them to the cloud which should help you save up space on your device.

What if no solution works to fix the ‘Other’ Storage issue?

But if this method does not work for you, then you might have to opt for the drastic method of erasing all your content and then restoring it. This will work only if you restore your device using iCloud. Doing this will introduce will clean all your local storage which should help recover significant space from the ‘Other’ section.

Another bug that was plaguing iOS 14 since the early days of its conception was the weather bug. No matter what you did or how many times you reset your location, the weather app would always display data for ‘Cupertino’. Thankfully this has been fixed with the latest release which allows you to view weather data for your current location.

The bug however still seems to plague the weather widget on your home screen which still displays Cupertino data. The latest fix to the app itself is an indication that Apple knows about this bug and it should be fixed before the stable version is released to the public. However, if you heavily rely on your widget for weather data then now might not be a good time to jump the gun and join the iOS 14 beta program.

While iOS 14 is fairly new, every feature can not simply work in every app as this is still a beta release. Developers of particular apps will also need to update their code to support the new features of the upcoming release. The official Reddit app was one such third-party app that failed to support PIP when iOS 14’s first beta was released. Thankfully, some fixing on Apple’s part seems to have restored this support as many users can use PIP in Reddit on their iOS devices running iOS 14. There are still however persistent bugs that prevent PIP from functioning properly as it should.

A known issue is the fact that PIP will stop working if you go back to the home screen. This could be a bug on Apple’s part but could also likely be that the Reddit app needs to be updated for iOS 14. For now, if you are someone who uses PIP with Reddit regularly then we would advise you against updating to the latest beta release of iOS 14.

While Apple does allow you to place 3rd party widgets on your home screen with iOS 14, there were some bugs in the initial implementation. The most notable of which was the inconsistent widget width. While it was unnoticeable for tablet users, iPhone users on the other hand were severely affected by this bug. The widget would be smaller in size but still, take up the space of a full-sized widget. This bug has been fixed with the latest beta release and all third party widgets now appear with default system sizes. This helps improve the aesthetics and makes everything correctly sized on your home screen.

While introducing iOS 14’s widget integration, Apple had previewed a feature where you could get a preview of your home screen along with widgets in the Wallpaper settings. This allowed you to see how your wallpaper was performing with your widgets and allowed you to change things if something was not up to your taste. Sadly, a bug in the initial beta releases prevented this preview from ever showing up in the Wallpaper settings.

But thankfully, this bug has been fixed with the latest release which means that you can now preview your home screen along with widgets right from the Wallpaper settings screen.

Thankfully, this bug has been fixed with the release of the latest beta that allows you to view all your badge notifications. However, fixing this functionality has introduced new bugs for users that have turned off notifications on their devices. Despite having their notifications turned off, many users still end up receiving badge notifications in the Siri Suggestions widget. There is no workaround for this bug as of yet but progress seems to be going in the right direction. You should be able to turn off notifications for the widget by the next major beta release.

This bug had been plaguing iOS devices since the early release of iOS 13 and was never fixed for the entire duration of iOS 13. It makes your home screen wallpaper appear desaturated and can only be fixed if you restart your device. Thanks to the prayers of millions, Apple has finally listened to its users and has fixed this bug with the latest beta release of iOS 14. So if you are someone who was constantly annoyed by this bug for the entire duration of iOS 13 then this is surely good news for you.

During the initial previews and releases of iOS 14, users were experiencing a notorious lock screen clock bug that caused issues with making your clock bold. Thankfully that bug is fixed and you can now enjoy an aesthetically pleasing lock screen on your iOS device.

Note: This bug only plagued some iOS devices. If you do not experience any change then it is likely that your device wasn’t experiencing any bugs in the first place.

There was a persistent bug in iOS 14 early previews where the settings app would crash for users that tried to access the ‘Review large attachment’ option from the Storage settings on their iOS device. Thankfully this bug seems to have been fixed with the latest beta and you can now easily review larger attachments by navigating to the following path Settings -> General -> Storage -> Review large attachments.

Initial builds of iOS 14 including public beta 1 featured a control center module for the Home Kit that was obnoxiously big on smaller screen devices. This included older 4.7″ devices like iPhone 6, iPhone 7, iPhone 8, and the latest iPhone SE. The latest build however seems to have fixed the issue where the size of the module is now optimized depending on your screen. You will however still encounter some annoyances and bugs if you are used to the iOS 13 Home Kit CC module. Some persistent issues that still plague this module have been listed below.

We hope this guide helped you get familiar with some prominent bugs of iOS 14 and make a decision whether you should join the beta or not. If you have any questions for us, feel free to reach out using the comments section below.

How Hyper Scape could beat Fortnite, PUBG, and Apex Legends