Huawei seems to be working on multiple flagship devices to be launched in the coming weeks. Many are looking forward to the launch of the Honor View 20, a device the company will reportedly launch globally in January 2019, but there seem to be more top-level devices in the mills, too.

A device codenamed Huawei PCT-AL10 has stopped by Geekbench and one of the specs, 8GB RAM, is something we only see on high-end Huawei phones. The phone also runs Android 9 Pie out of the box and a Kirin 980 octa-core processor clocked at 1.8GHz, another flagship spec. 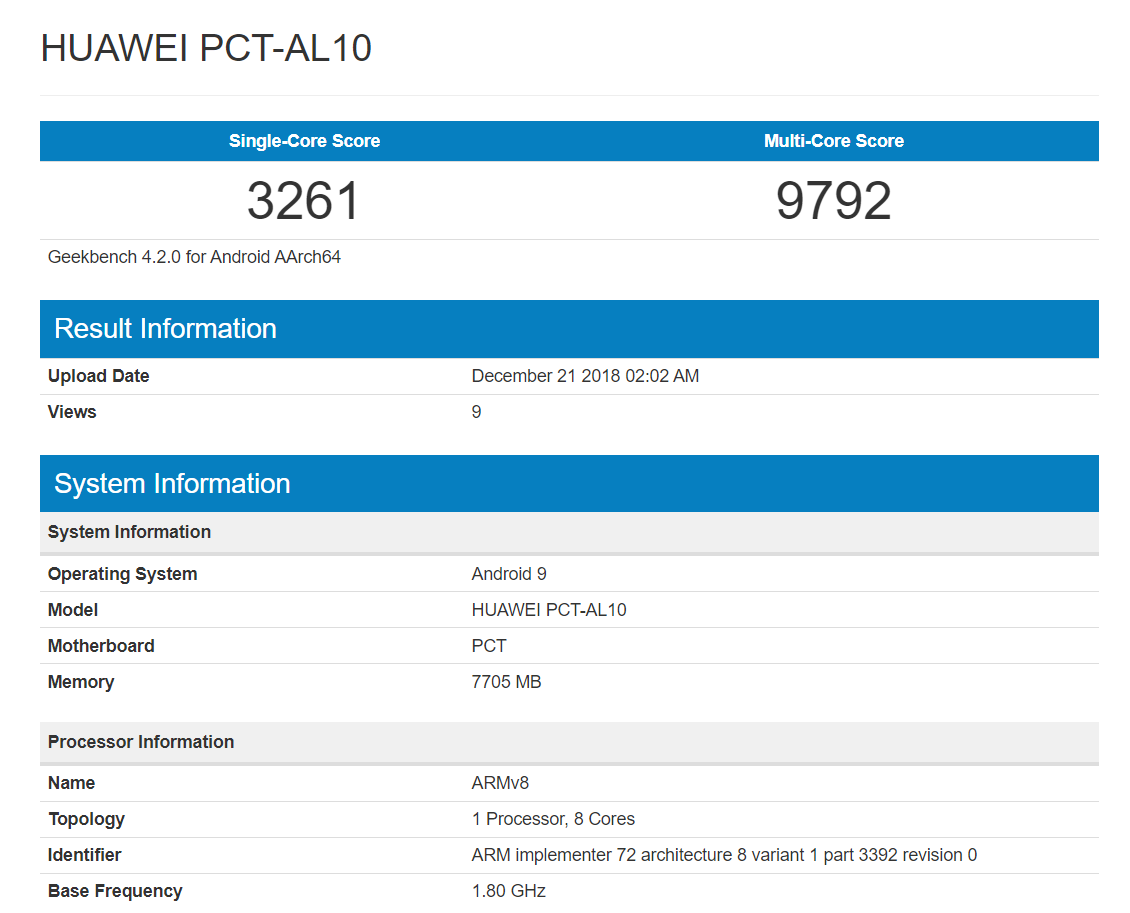 While the benchmark doesn’t mention the name, a device with the same codename received certification in Europe as the Honor View 20 not so long ago. However, since then, it has also emerged that the View 20 is internally known as VCE-AL00, so it remains to be seen if the PCT-AL10 is a variant of the View 20 or if the former model is actually a different device than we think.

Other notable specs and features of the Huawei PCT-AL10 that have made their way out here include an all-view display with a hole for the front camera, a full HD+ resolution for the display screen, probably a 6.4-inch panel, 128GB of storage, a massive 48MP lens alongside two others on the tri-lens camera setup on the rear panel, 22.5W fast charging technology, and so on.

Note: Featured image is for the Huawei Nova 4.