How to reply to a message in Microsoft Teams

How to reply to an individual text on a phone

To reply to a text, simply swipe right on the text and type your reply. If swiping doesn’t do the trick, press and hold a text, and tap on ‘Reply’ to reply to an individual text. 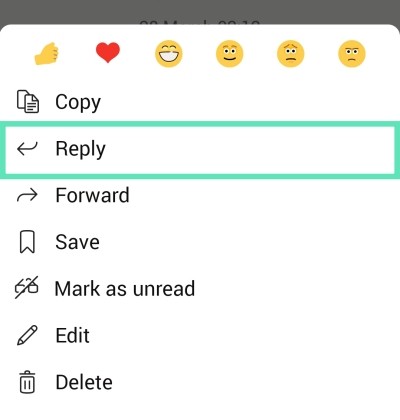 What happens if the original message gets deleted

Can you edit a reply?

Yes, you can. To edit a reply after you’ve sent it, all you have to do is press and hold a reply until a menu pops up, and press ‘Edit.’ After you’ve sent in the edited message, a little pencil icon will be shown at the top-left corner of the reply. 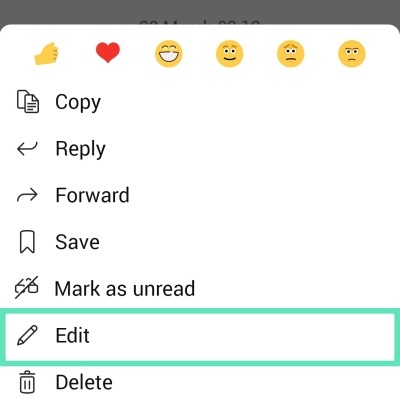 Is Reply available on PC?

Microsoft Teams has done pretty well for itself over the last few months, of course, but that doesn’t mean there’s no room for improvement. The ability to reply to individual conversations, on PC, has been one of the most anticipated features since the dawn of time, but Microsoft — until recently — continued to ignore the demands rather blatantly.

Fortunately, the developers have finally come to their senses and are working on the reply feature for the desktop version as well. Microsoft has clarified that the feature is in the backlog and could be available sooner than later. Users are even encouraged to hop on the link posted below and vote for the feature.

Hey there, thanks for reaching out, a feature for replying to specific chat messages in Teams on desktop is currently on the backlog with our developers. You can show your support for this feature by adding your vote and leaving a comment here: https://t.co/Z7aQCxxONe

Microsoft Teams is getting better

Microsoft Teams is the firm’s premium collaboration platform, aimed at working professionals, who require to interact with more 50 people — Skype’s limit — on a daily basis. Microsoft doesn’t charge you separately to use Microsoft Teams but requires you or organization to have Office 365 subscription.

Just like its competitors, Teams, too, offers a host of productivity features. From meeting scheduling to virtual backgrounds — Microsoft Teams has plenty of admirable features, and it keeps on adding something new every couple of weeks.

With the addition of virtual backgrounds and other useful features like ‘Raise hand‘ and Reply, Teams software is catching up with Zoom at a rapid pace. You can also mute all participants and see everyone on Teams.

What are your thoughts on the Microsoft Teams?

How to install ‘Windows Terminal’ from Github