How to play PUBG on Android Emulator for PC

Over the years, mobile devices have surely come a long way in the realm of premium quality, high-graphics gaming. The mobile gaming is industry is directly linked to the PC and consoles of our times, with some of the most popular titles in mobile gaming being direct adaptations of their big-screen counterparts. Playerunknown’s Battleground or PUBG as it is commonly known as, has become an instant hit among gamers, so much so that they release a PUBG Mobile version for it as well.

Related: 10 Most popular PC games you can play on Android today

Considering the premise of the game, you need a pretty decent Android device to run PUBG Mobile on medium to high graphics settings. For those of you who either don’t have an Android device with the firepower to play this brilliant game or simply want an experience that is closer to PC gaming, you can play PUBG Mobile on Android emulator for PC and enjoy the mobile gaming experience on the big screen with more intuitive controls.

Does PUBG Mobile work with any Android Emulator?

Considering that most Android emulators are capable of downloading and playing games directly from the Google Play Store to some extent, we expected BlueStacks to do the same. However, the most popular emulator for Android did not work when we tried to even download the PUBG Mobile app.

So we moved on to the next best name in the business and downloaded the MEmu Play Android emulator which is specially configured to play PUBG Mobile on a PC. We were able to make the game download and install and even start playing it despite the wonky controls, but soon enough the game closed giving us an error notifying that we’re using an emulator and hence being kicked out of a live game.

Finally, we came across Tencent Gaming Buddy, which is the official PUBG Emulator for PC, created by the developer itself. After testing out three different emulators, we can say with surety that the best way to enjoy a surreal experience when playing PUBG Mobile on your PC is with the Tencent Gaming Buddy emulator since it works seamlessly and you don’t have to configure keys for in-game controls as they’re already mapped out.

How to play PUBG Android game on PC

Once you have the Tencent Gaming Buddy emulator downloaded, you’ll still need to download the PUBG Mobile game, which the emulator will do for you. Considering that the game is almost 1.4GB in size, the process could take some time, but you’ll be notified once the download is complete and the game is installed. 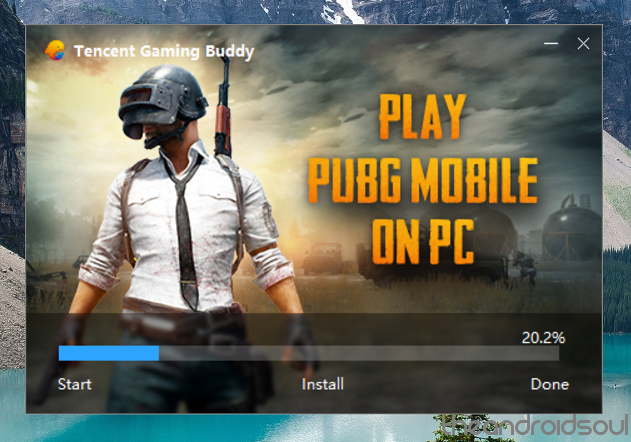 Once the game launches, you’ll be able to see the Default Controller tab on the right side of the screen, showing you the mapped out keys for the mouse and keyboard. Apart from the default controls, you even get the ability to Record your gameplay.

One disappointing element of the emulator, however, is that fact that you need to create a separate user ID or log in to Facebook or Twitter account. When trying to log in to Google Play Store account it gives an error message saying “Google Play Services version unusable”. Considering that the Gaming Buddy emulator is still in beta, the feature could be added later on. 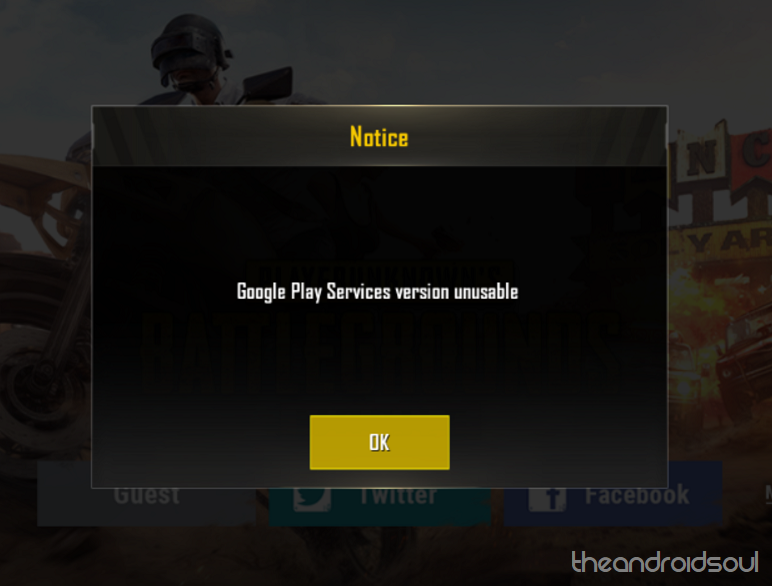 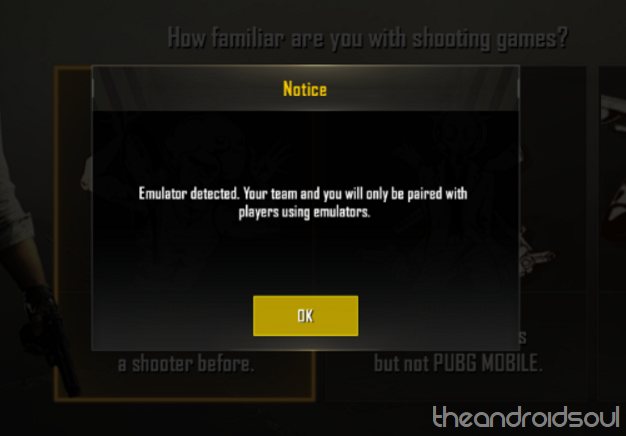 Finally, you can fine-tune the graphics and visuals of PUBG Mobile using the Settings menu and heading over to the Game tab. Here you can not only change the Gaming Resolution to SD (720P), HD (1080P), or Ultra HD (2K) based on the graphical power of your computer, but also set the Display Quality. 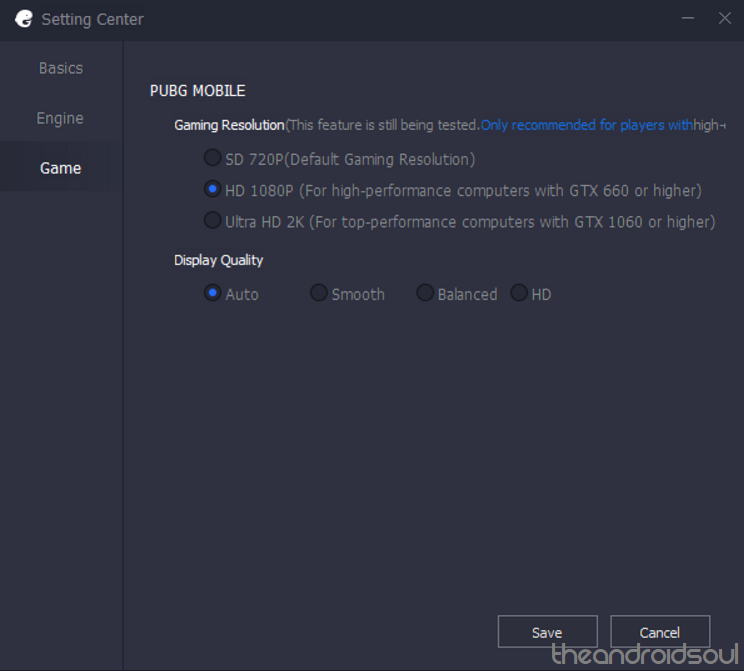 Ready to get your gaming gear on and jump into the high-powered action of PUBG Mobile on your PC, or do you still prefer the flexibility on your phone?