How to get Chinese TikTok on iOS and Android

Within four years of its launch, TikTok has become the most popular social networking platform around the globe by just allowing users to create and view short-form videos. Although the popularity of the platform has only soared over time, like anything online, TikTok has also attracted criticism revolving around its privacy policy and user data.

The app has garnered so much bad press that India has implemented a ban on it alongside a bunch of other Chinese apps with the US expected to follow as well. If you’re someone who’s worried about the future of TikTok and still want to keep using it, you might want to switch to Chinese TikTok. The following post will help you understand what Chinese TikTok is and how you can use it on your phone.

Related: Should you delete TikTok?

What is Chinese TikTok

Chinese TikTok is the Chinese version of the popular short video sharing platform, which is otherwise labeled as Douyin. Douyin, also developed by TikTok’s parent company Bytedance, is the Chinese version of the video-sharing service, made for use because of China’s controlled online environment. In simple words, Douyin is the official version of TikTok in China while outside of China, the platform takes up the ‘TikTok’ brand.

The Chinese version has over 400 million daily active users, which translates to over two-thirds of the mobile social network space in China. The idea of having a native Chinese version of TikTok is just like WeChat which is Tencent’s international offering while users in China are supposed to use the Weixin app instead.

Related: How to do the Vogue Trend on Tiktok

Douyin in many ways is identical to the international TikTok app but Bytedance has managed to separate the two, one that sticks to the local policies in China, the other without it. Both apps have similar user interfaces showing videos under two streams “Following” and “For you” and even the user profiles have the same design language.

The only difference between the two is that the overseas TikTok doesn’t have a “wallet” function that Douyin has, letting users complete transactions in a few taps within the app. Douyin users can buy items, purchase movie tickets, transfer money to users, and make transactions using a QR Code.

Other than that, it has been found that Bytedance doesn’t allow native Chinese users to use TikTok while there are many instances of Douyin being used by non-Chinese residents.

Tik Tok doesn’t allow Chinese users to download the international version, as this blogger found out. Strict firewall separating the two apps (Douyin and Tik Tok). Obviously, it has to be done this way to comply with censorship. https://t.co/bCFfTd0Ukm

Related: What is yourpuppygirljenna on TikTok?

Regardless of whether you have TikTok installed on your phone or not, you can use the Douyin app, if you wish to. To get started, you will have to download the Douyin app and create a new account on the service.

The official Douyin can be downloaded on your Android device by heading over to the Douyin and tapping on the ‘Download’ button that has the Android icon inside it.

Alternatively, you can download the latest version of the Douyin app from APK Mirror and install it on your Android device. Here’s is how to install an APK file. After installation is done, open the app and create a new account like you would when signing up on TikTok.

You can install Douyin on your iPhone or iPad using these two methods. We suggest you move to Method B only if Method A doesn’t work.

Method A – Using the App Store

The Douyin app is available on the App Store, meaning you can click the link to install the app directly on your iOS device.

When you’re taken to the App Store listing, tap on the ‘Get’ button adjacent to the app’s icon and wait for it to get downloaded and installed on your device. After it finishes downloading, you will be able to see the Douyin app available on your home screen.

Method B – By changing your Apple ID Country/Region

Note: Before changing your Apple ID, you should make sure that you have spent all of your current store credit on your Apple ID and canceled your subscriptions like Apple Music/TV+/Arcade.

To change your Apple ID country to China, open the Settings app on your iOS device, tap on your name, and head over to iTunes & App Store > your Apple ID > View Apple ID. In this screen, select the ‘Country/Region’ option, tap on ‘Change Country or Region’, select ‘China’ from the list, and agree to the terms and conditions. Enter your billing address, choose your payment method as ‘None’ and tap on ‘Next’ to complete the process. 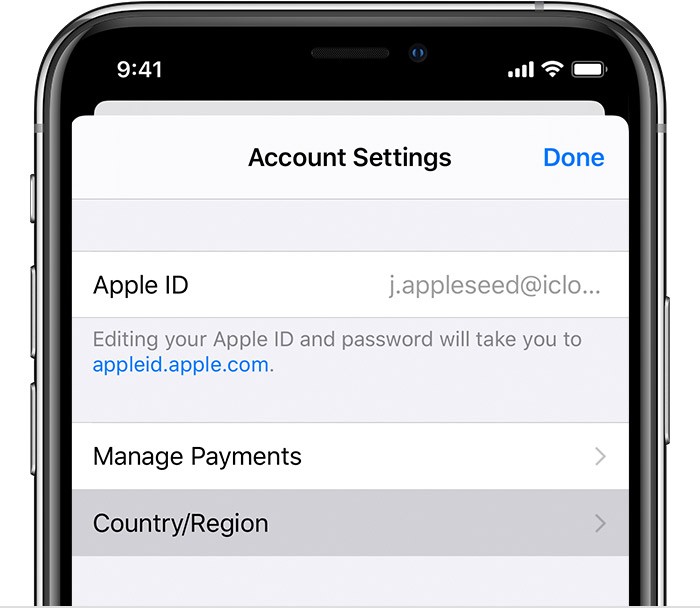 Once your Apple ID has been changed to China, you can proceed to download the Douyin app from the Apple App Store. You can either click here to access the Douyin app page or open the App Store, search for “TikTok” and download the app with “抖音短视频” in the title, that pops up first in the search list.

You can create a user account on Douyin and switch back to your original Apple ID country once done so you can use all your other apps the way you used them previously.

Related: ‘Connected to you’ on TikTok: What does it mean and why is it appearing in your FYP

Check out this Youtube video by user “Wesda” for a detailed guide on how to download Douyin on your phone.

Are you going to install the Chinese TikTok app on your phone?