Google has finally taken the wrappers off its Airdrop alternative – Nearby Share, which is set to be the default sharing platform that lets you share files and other content with anyone who’s nearby you. The feature allows you to automatically find a device associated with a known contact from your surroundings so that you’re able to send photos, videos, and documents quickly without needing to open a messaging or file sharing app on your phone.

The feature is currently limited to a few devices but will you be able to get it enabled on your Android device? That’s what we’re going to talk about in this post. 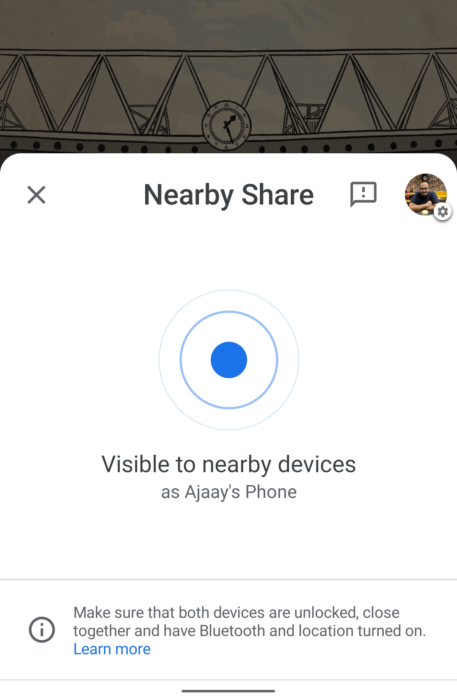 Developed by Google for Android, Nearby Share is an Airdrop-like file-sharing that is set to work across a multitude of Android devices. You can share something with friends or family who’s nearby you without needing to open a messaging or file-sharing app and searching for the device you want to send files to.

Nearby Share relies on different protocols like Bluetooth, BLE (Bluetooth Low Energy), WebRTC, or peer-to-peer WiFi over a WiFi network or a WiFi hotspot. The file transfer will commence when you select a device that’s associated with a contact from your surroundings and the receiver accepts the file transfer on their phone.

Which Android phones is Nearby Share currently available on?

During its initial release, Google has rolled out the Nearby Share feature to all Google Pixel devices and select Samsung Galaxy phones. This means, if you own any of the following phones, you will be able to use Nearby Share to quickly share content from your phone to another contact who’s nearby you.

Can you force enable Nearby Share on your Android device? 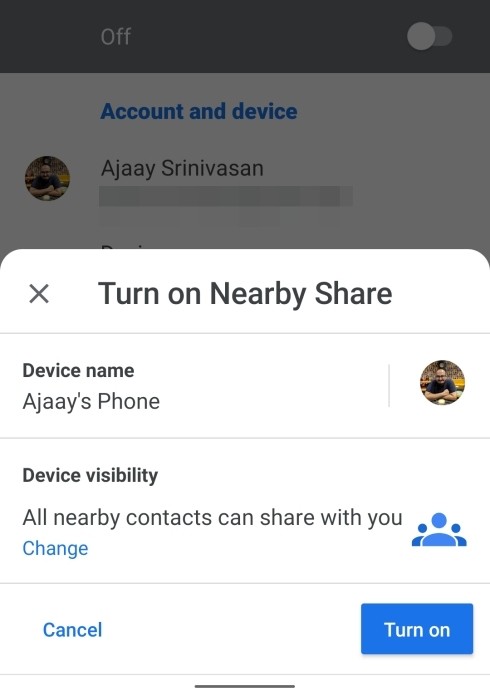 Yes but maybe. Nearby Share is expected to roll out as part of an update to Google Play Services, meaning you wouldn’t need to wait until your device OEM prepares a system update for your phone. Google has confirmed that Nearby Share is set to be made available on all devices running Android 6.0 or later and the rollout is scheduled sometime in the “next few weeks”.

How to force enable Nearby Share on your phone

By now, we know that the Nearby Share feature would get delivered to all Android phones through a stable Google Play Services update. But if you cannot wait for Google to bring a new update to Play Services, there’s a workaround that could get you Nearby Share to show up on your phone.

Note: Signing up for the beta program of Google Play Services doesn’t guarantee access to Nearby Share on your Android device. We would suggest you wait for the next few weeks for Google to roll out a stable update directly.

After you’re done updating the app, check if Nearby Share is available on your phone.

How to check if you have Nearby Share on your phone

You can check if you have the Nearby Share available on your Android device by either checking your Quick Settings section or by searching for it inside the Settings app on your phone. A detailed guide on how to get this done is given below:

➤ How To Know If I Have Nearby Share On My Android

Don’t have Nearby Share on a Pixel or Samsung device?

If the Nearby Share feature is not appearing on your phone or isn’t simply working for you, rest assured. We’ve prepared a detailed post below that can help you fix the inability to use Nearby Share on your Android device.

➤ Nearby Share not working? Here Are 9 Ways To Fix The Problem 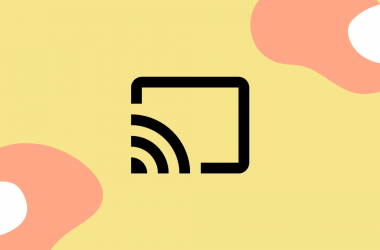