How to change Netflix playback speed up to 1.5 times faster and 0.5 times slower

At long last, you can binge through your favorite TV shows without taking up too much of your time! Netflix has introduced speed controls to allow the user to change the speed at which their video would play. In this article, we will cover how you can speed up or slow down your video in the Netflix app.

What is the new playback control on Netflix? 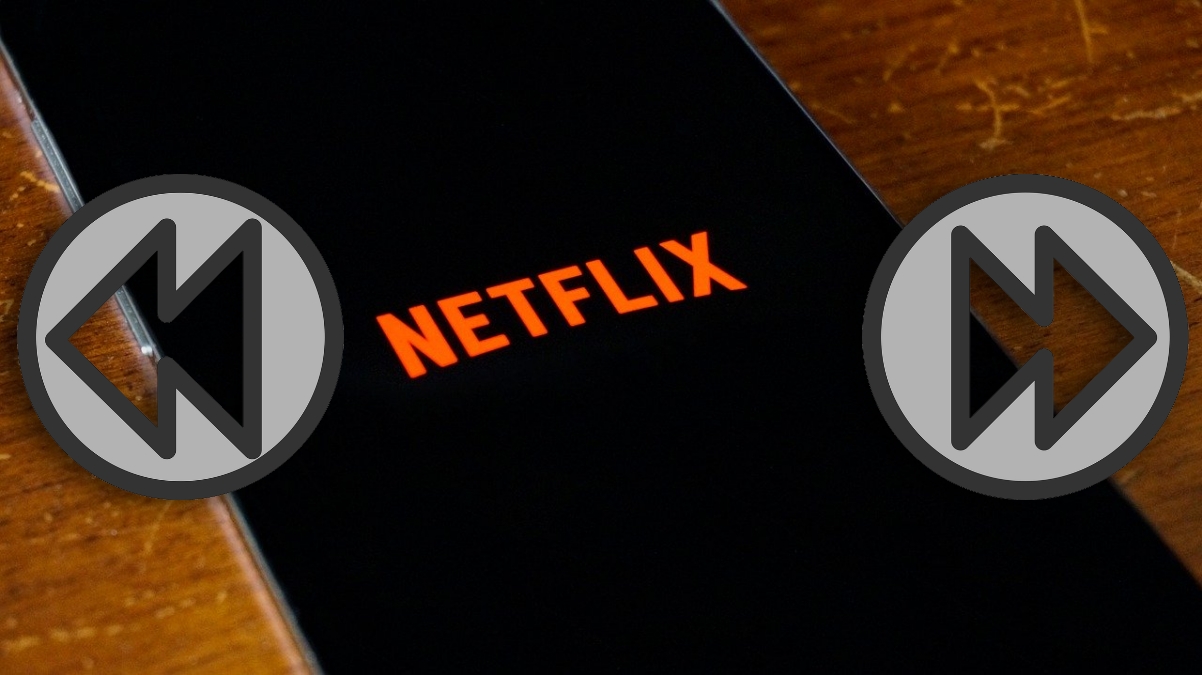 Netflix has been working on testing out a new panel that will allow users to change the playback speed of their content. This is quite similar to what is already available on YouTube. The new panel will be visible only in the playback screen, meaning that you cannot pre-set the speed of viewing. You can change the speed at any point during playback, however, the settings will not automatically apply to the next title you watch.

The new playback controls were first introduced to a select few testers in December 2019. However, we are seeing a lot more people get new settings now.

What are the prerequisites for the new function?

The new playback panel is currently only available on the Netflix app on Android devices. While the feature will definitely come to iOS devices as well, they are yet to find out when. Meanwhile, there is no mention of whether this playback function will find its way to the web version of Netflix.

The new playback function is also available for downloaded content played in the Netflix app. So you can speed up your video even when you are offline!

How to change playback speed on Netflix?

As mentioned above, the new playback panel is accessible only in the playback screen. This means to use the new setting you have to start watching the content first. Netflix has added this in order to prevent people from launching new titles at the wrong speed by mistake.

To change the playback speed on Netflix, launch the Netflix app on your Android phone then select a title to play.

The settings will appear on the left side of the bottom panel. To view the settings simply tap the screen while in a video, then tap the ‘Speed’ button in the bottom left. 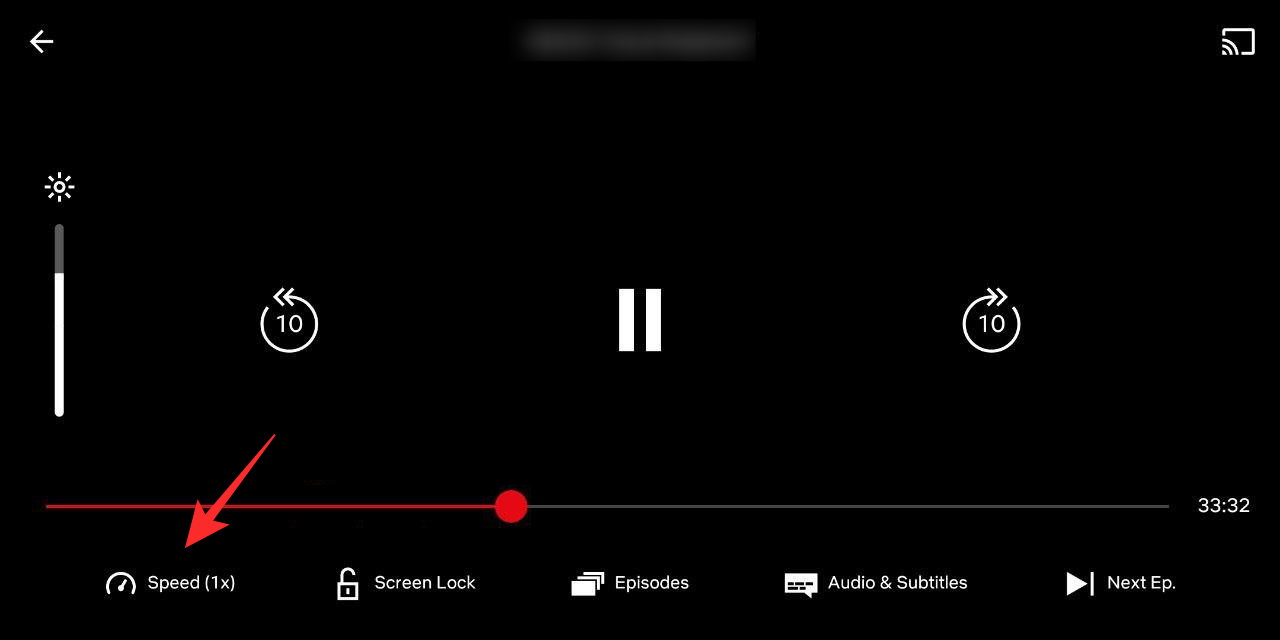 Select the speed that you would like the video to continue in. The video will begin playing at the newly selected speed. To speed up the video select either 1.25x or 1.5x from the menu. 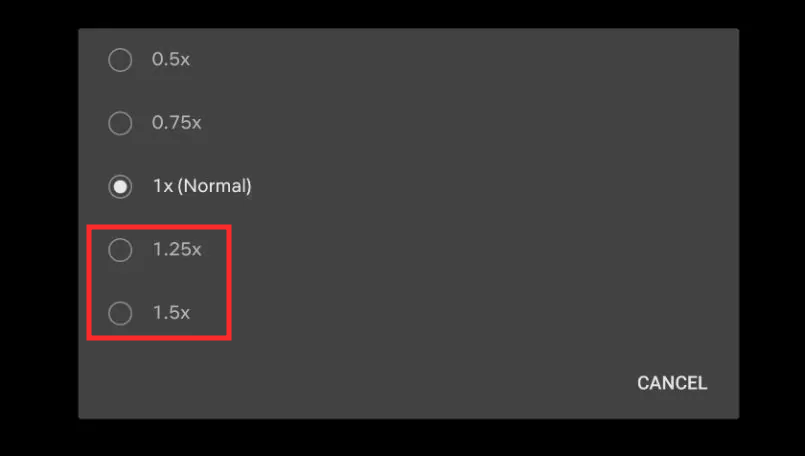 You can also slow down the video by selecting either 0.5x or 0.75x from the same menu. 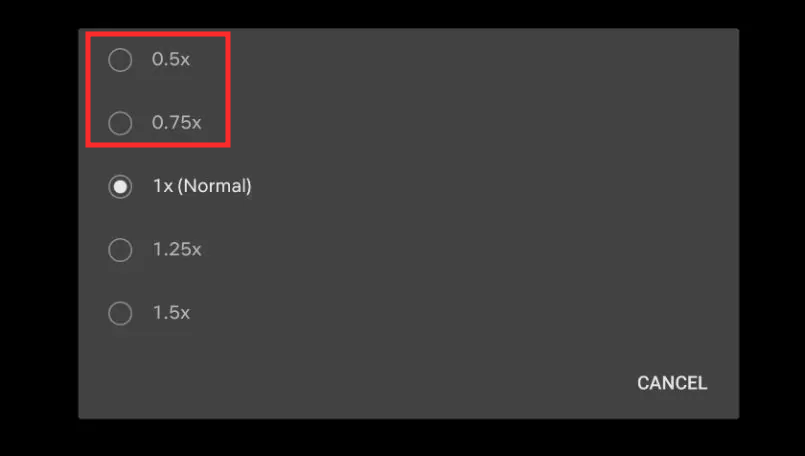 What speeds can you choose from?

Currently, there are five speeds (normal + four alternatives) that you can choose from to view content on Netflix; two slower speeds and two faster speeds. Here are the speeds that the new playback setting offers.

The new playback speeds have been optimized to prevent audio distortion, so you won’t be listening to Alvin and the Chipmunks do a rendition of Schitt’s Creek.

Why don’t I have the new settings yet?

While it does look like Netflix is rolling out the new function currently (as of August 2nd, 2020), it may take a few days for it to be available everywhere. The only thing you can do right now is to wait till you get the new update.

Can I play Netflix on 2X?

Sorry, you can’t. Not yet, anyway. Unlike YouTube, Netflix does not let you speed up your video all the way up to 2x.

How to change playback speed on Netflix web app

As mentioned above, the new update is only available for the Netflix Android app. However, if you are looking to speed up or slow down your playback while using the Netflix web app, you could use these handy Google Chrome Extensions. Naturally, you will have to access Netflix on Chrome for these to work.

This extension is really cool. It lets you speed up your playback speed all the way up to 4x! And yes, it stabilizes the audio so that there isn’t a bunch of squeaky mice talking on screen. Additionally, the extension adds a PIP (Picture In Picture) mode so you can continue watching, which browsing other tabs! 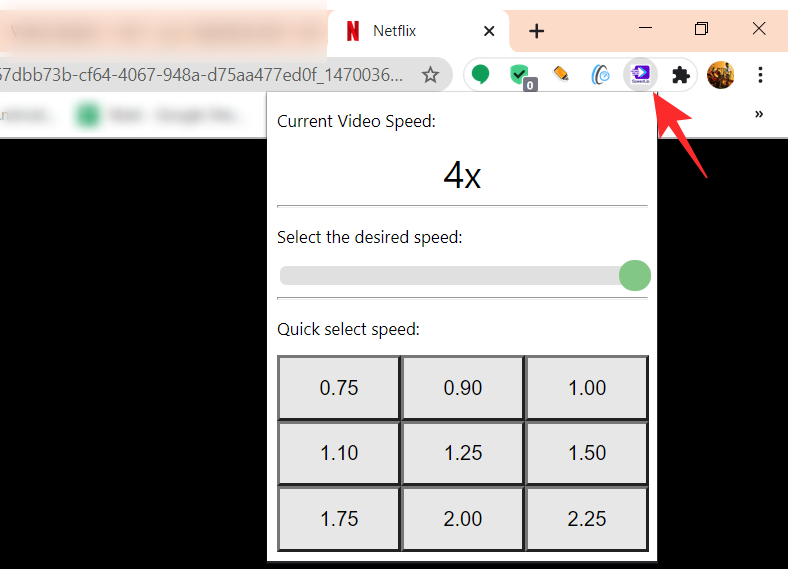 Simply tap the extension while watching a movie on Netflix and adjust the speed. You can use the preset speeds or the slider. The slider goes all the way up to 4x. 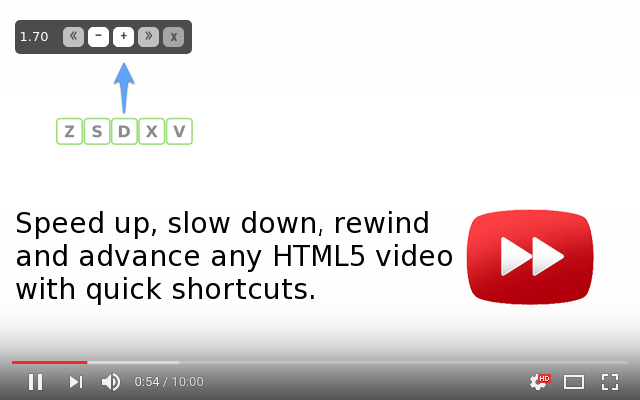 This Chrome extension lets you control the speed of you video using keyboard shortcuts! It also adds a little translucent control bar to the top left corner of the Netflix video, which disappears when there is no mouse hovering over it. Additionally, it adds a skip forward and backward option to help you get through those scenes even quicker!

This Chrome extension turns your normal Netflix into a beast. It adds a bunch of options like custom subtitles, video enhancer, and of course playback speed. Super Netflix lets you speed up your video all the way to 4x without ruining your audio! 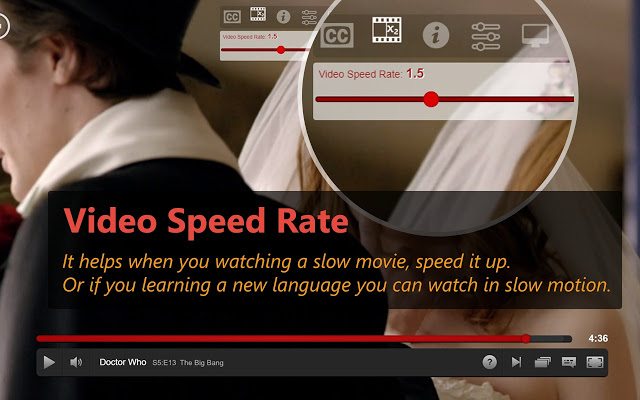 The extension is built specifically for Netflix. It adds a toolbar to the top of the video, that disappears once you stop moving your mouse. You can use the slider in the toolbar to speed up your playback.

What do you think of the new playback settings on Netflix? Let us know in the comments below. 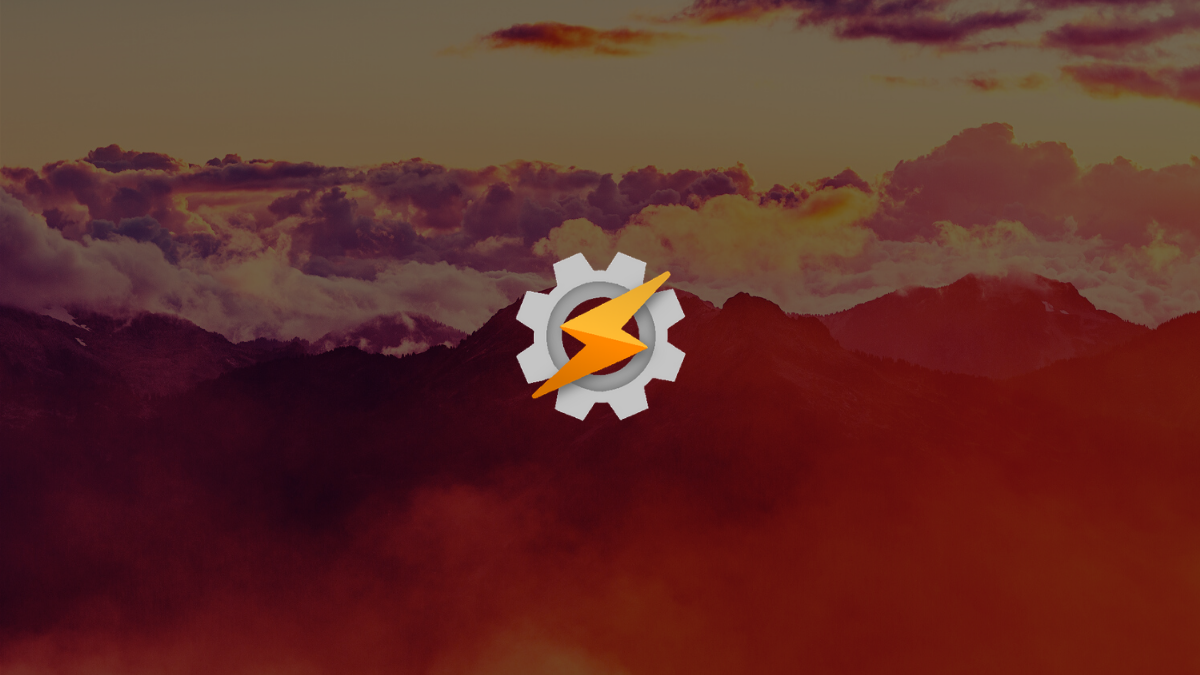 How To Use Google Assistant To Run Tasker Tasks 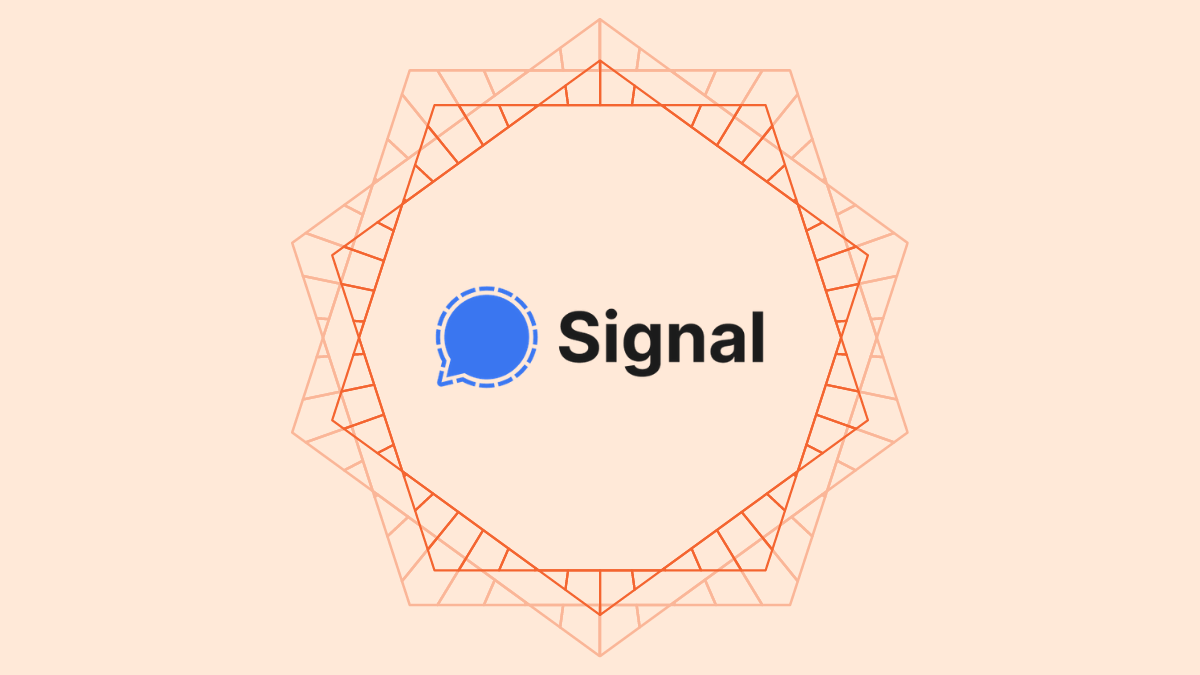 How To Reduce Data Usage on Signal 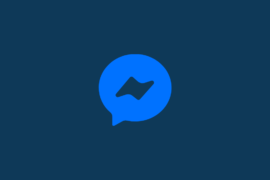 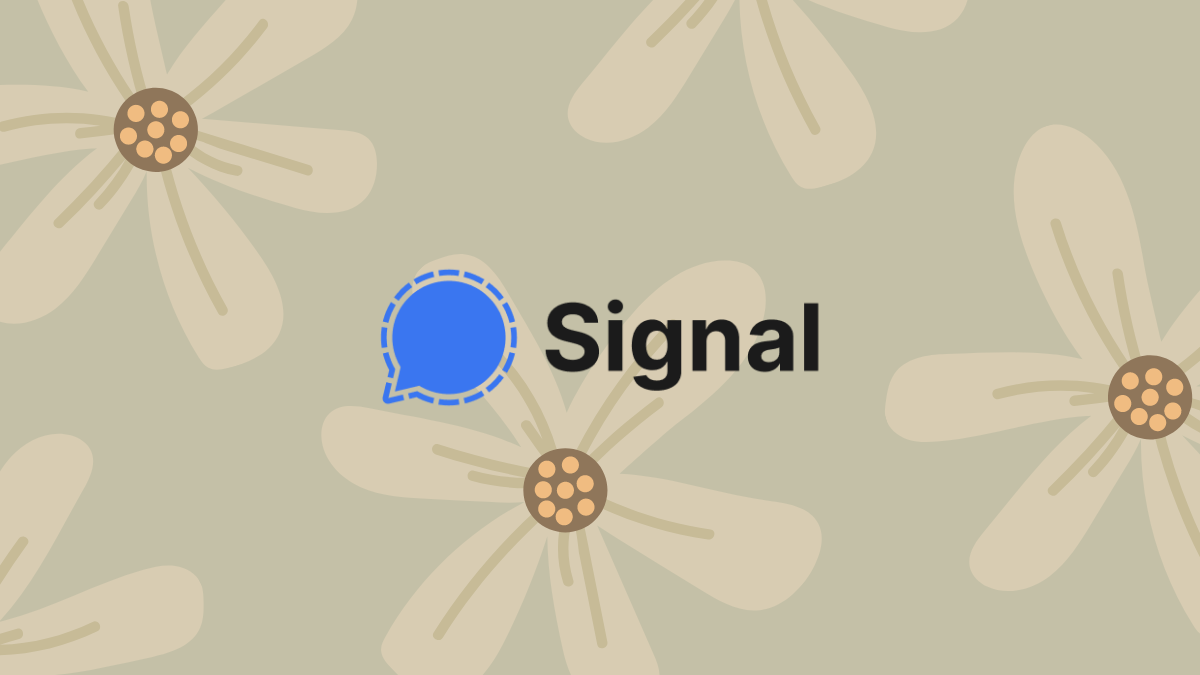 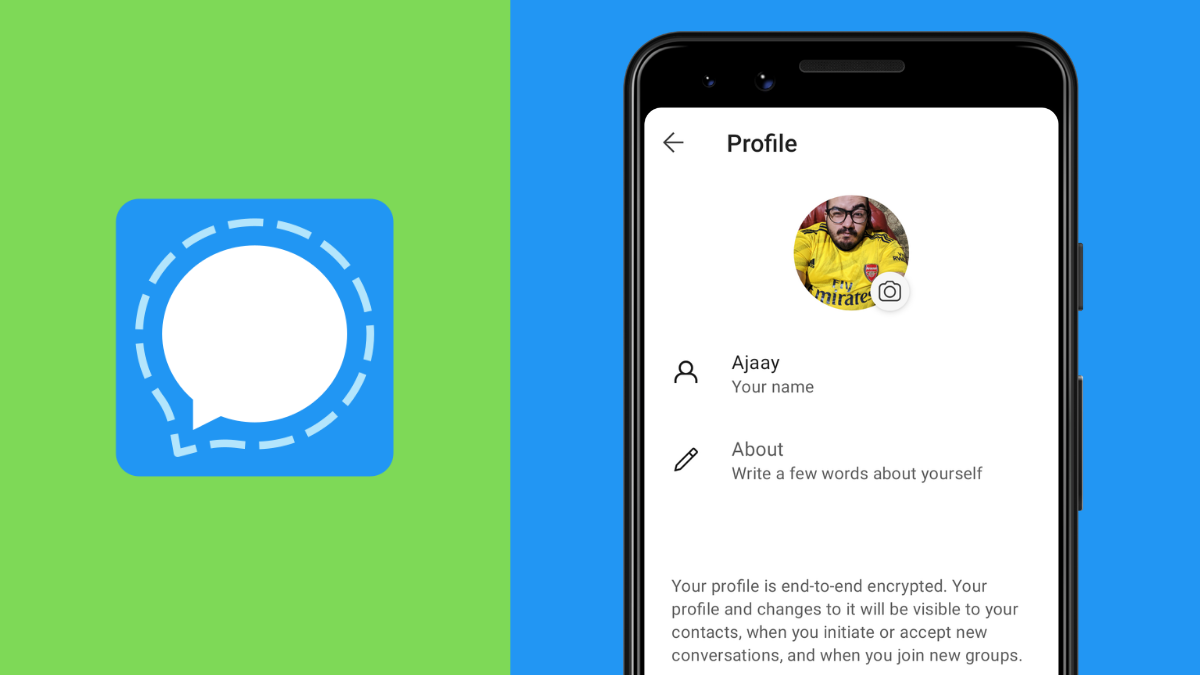 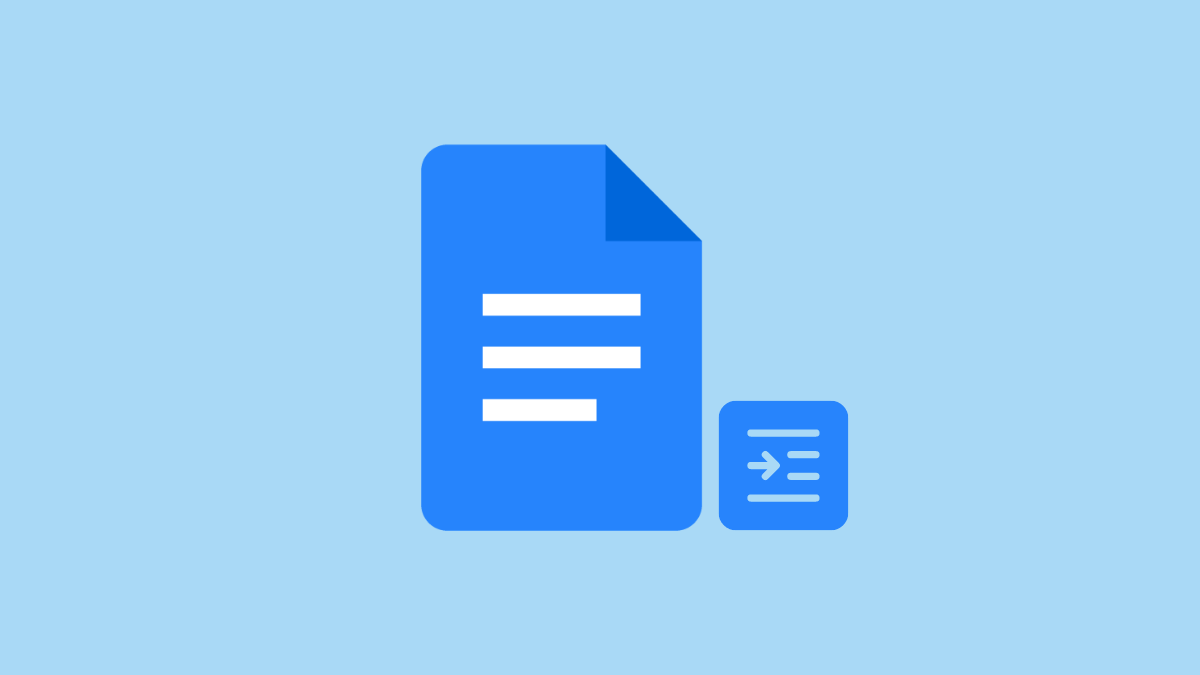