HMD adds Nokia 3.1 Plus to its Android 9 Pie folder

A month ago, HMD Global released its official Android 9 Pie roadmap that placed the Nokia 3.1 Plus Pie update at January 2019. Even Chief Product Officer, Juho Sarvikas, went further and promised a rollout on the last week of last month, but this didn’t materialize, until today.

The company, through the same Sarvikas on his Twitter account, has announced the release of Android 9 Pie for the Nokia 3.1 Plus. The rollout has just commenced and is expected to be staggered, meaning some units will get the OTA download notification ahead of others.

As part of the Pie update, which carries software version V2.230 you can expect features like adaptive battery and adaptive brightness, both aiming to keep your battery usage in check. There are also new gestures for navigation, where you no longer need the usual Back, Home, and Recents buttons. 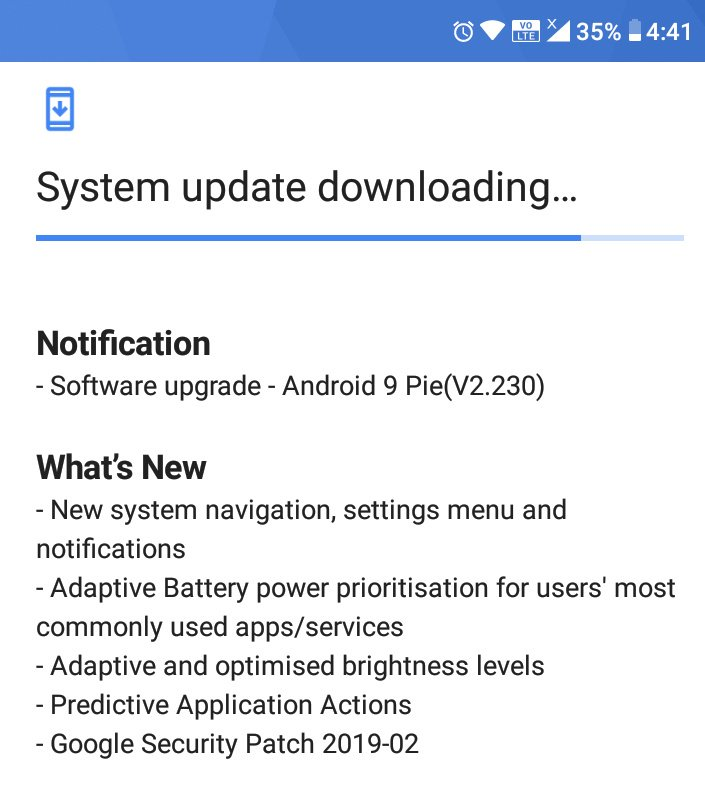 After the update, users of the Nokia 3.1 Plus will also notice new settings menu and notifications, predictive app actions, as well as a new Android security patch for February 2019. Since it’s a heavy update, be sure to connect to a stable Wi-Fi network to download it.

HMD is still expected to release a second OS update for the Nokia 3.1 Plus, but the wait could go all the way to late 2019 or early 2020. This is because the Nokia 3.2 is now the new darling and its software updates will be prioritized ahead of the 2018 edition.

Samsung Galaxy Watch Active: All you need to know