Google has been releasing and testing several of its applications with material design for the past few months and has already updated some of its apps with new UI.

The company’s new material design theme is a lot cleaner and offers a more minimalistic user experience which is perfect for the minimalists. This new design is now being implemented within the Google Play Store app now, as pointed out by 9to5Google.

Check out the screenshots below that give you a good look at the new UI in the Play Store app. 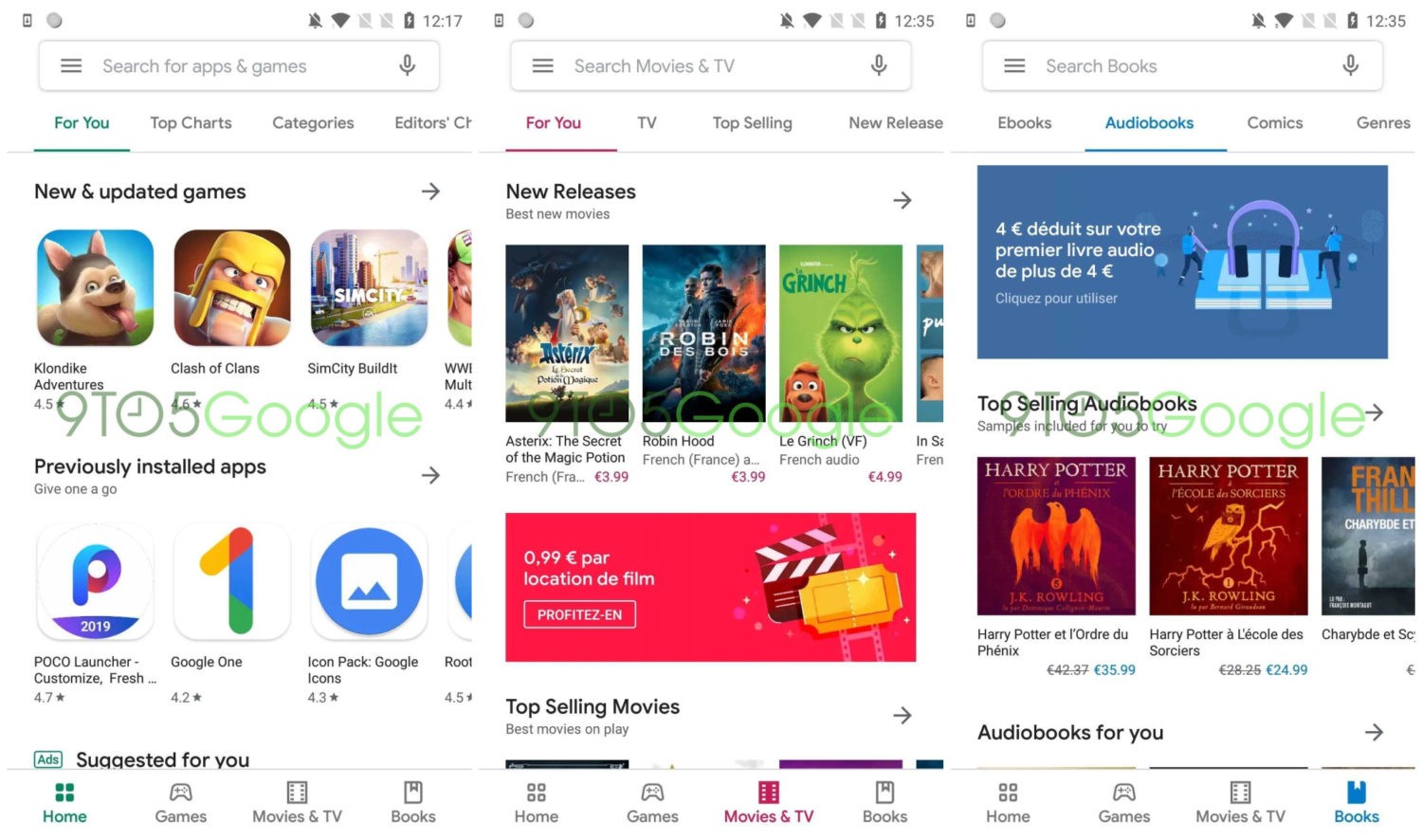 Apart from the font change and slight changes to the button shapes and sizes, the most noticeable change is the addition of a bottom bar which now contains the Home, Games, Movies & TV and Books sections — they are on top in the Play Store on our phones right now.

Of course, the material design isn’t the only interesting feature spotted in the Play Store v14.5.52 update since the publication also spotted several strings which could in fact possibly be related to the APEX packages that are already live with the Android Q update.

This is great news for Android fans all over since this basically means that users would be able to download system updates directly through the Play Store although we still have to wait and see how this all plays out in the following months.

Haven’t received Android 9 Pie One UI update on your Galaxy S8, S9, Note 8 and Note 9 yet, here’s how to solve this problem