Update [November 14, 2016]: If rumors are to be believed, Samsung could use a 3D touch enabled display for the Galaxy S8 and S8 Plus, a feature also called Force Touch. Google has the required code to support Force touch ready in Android 7.0 update, so it won’t have any compatibility issues ever, but this will allow Samsung to rival Apple as the latter also uses 3D touch for its iPhone. 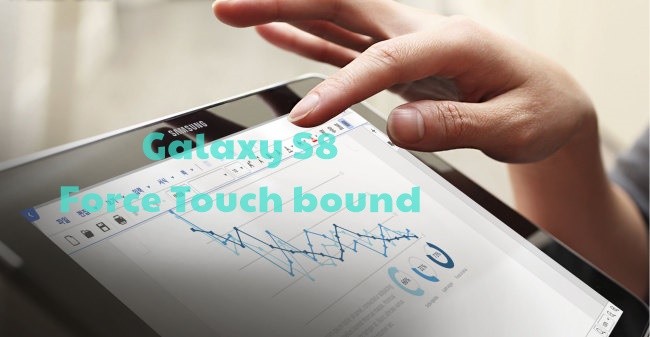 Next year’s Galaxy S devices are to be given the S8 moniker, and rumors already have the name out for the two S8 devices that should release in March or April 2017. While there is no doubt about what the regular of the two S8 variants will be called — simply the Galaxy S8 — new tidbits appearing today has it in them that the other variant will be called Galaxy S8 Plus.

We will discuss all things Galaxy S8 plus here, along with its supposed release date and specs. Check out the full post below to get a good view of the Galaxy S8 Plus from the rumor and leaks window.

The Galaxy S8 Plus could sport a 6.2-inch display, latest rumors speaks so. The main reasoning behind this is to fill the void created by Note 7, or lack thereof.

Don’t be frightened by the massive size of the device though, as this would be attained in pretty small form factor than what we have seen so far for the most part. Recently, Xiaomi launched the Mi Mix with is 6.4-inch display, and thanks to screen covering the body on all three sides (almost), its size wasn’t that big.

Samsung will surely use a dual curve display, which reduces the device’s size further up, and if the company is able to do a Mi Mix, then we don’t think device will too large than, let’s say, Note 7.

And it should look damn beautiful.

Other than that, it’s expected that 10nm processor tech based chipset will be powering the Galaxy S8, with Qualcomm Snapdragon 830 taking care of USA-bound Galaxy S8 Plus sets, while Asian and European bound boarding Samsung’s own Exynos 8890 processor.

Expect the device to feature 6GB RAM, and great dual-camera at the back. Samsung could also put fingerprint sensor on the display itself using the optical fingerprint tech, and may do away with the physical home button on device’s front, which is there since Galaxy S came out in 2010.

Though, Samsung could add a physical button on one of the two side edges of the device, for its virtual assistant software, rumored to be called Bixby — more on this below.

The MWC 2017 is set to start on February 27, and Samsung’s event is taking place on February 26, which is usual. The March 2017 release is what follows the unveil at MWC, and this is what was rumored too.

Until a report from WSJ changed all that, which claimed that because Samsung has to put in extra testing and all this time around, the release could be pushed to April 2017.

Despite the best of specs in dual camera, fastest processor, amazing display and all that, the highlight feature on the Galaxy S8 could be Samsung new virtual assistant software, which could be called Bixby.

Samsung bought the Viv labs (makers of Siri) recently, and is now looking to integrate their new AI software into Galaxy S8. It’s been official confirmed right now that an AI software is in the making, but more interesting reveal is that the Galaxy S8 Plus would sport a dedicated hardware button to launch Bixby, or further interact with it.

So, you won’t have to rely solely on voice recognition to launch Bixby, which is something of a book for users in developing countries like India.