Samsung Galaxy S8’s display has been the talk of the town for quite some time now. Its edge to edge curved display with the first ever aspect ratio of 18.5:9 is what sets the premium phone apart. Samsung has filed a trademark application to name its unique display as ‘Infinity Display’. The trademark has been filed with United States Patent and Trademark Office (USPTO).

A look at the USPTO documentation reveals that Samsung plans to use the Infinity Display technology on ‘mobile telephones.’ Apart from this detailing, nothing more can be gauged from the filing.

Samsung Galaxy S8 will be unveiled on March 29th at multiple city events in New York and London followed by a global launch on April 21st. In between the two dates, the premium smartphone will be put up for pre-orders on April 10th, reportedly.

Galaxy S8 will be shipped with Android 7.0 Nougat OS and AI assistant Bixby. It will come in two variants- standard S8 model with 5.8-inch AMOLED display and the S8+ model with 6.2-inch display. It will be powered by Qualcomm Snapdragon 835, paired with 4GB RAM and 64GB / 128GB internal storage. Power comes courtesy 3,000mAh battery. The phone will also be equipped with a rear fingerprint scanner, front iris scanner and IP 68 certification. 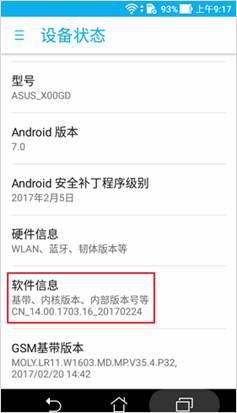 Google Pixel 2 will remain unfriendly to our wallets, no cheaper variant coming this year