Update [January 17, 2017]: Samsung has released the Android 7.0 Nougat update for Galaxy S7 devices in Europe today, as various readers of ours from UK and Germany have confirmed to us. Either the rumors from yesterday about the Nougat OTA rollout suspension were not true, or the issue seems to be related to Qualcomm version of the S7 devices in China, as the European Exynos variant is receiving the update on time, as was revealed earlier. For Europe, build no. of the Samsung Nougat update is G930FXXU1DPLT and G935FXXU1DPLT respectively, which can be downloaded from our firmwares pages here: Galaxy S7 firmware | S7 Edge firmware 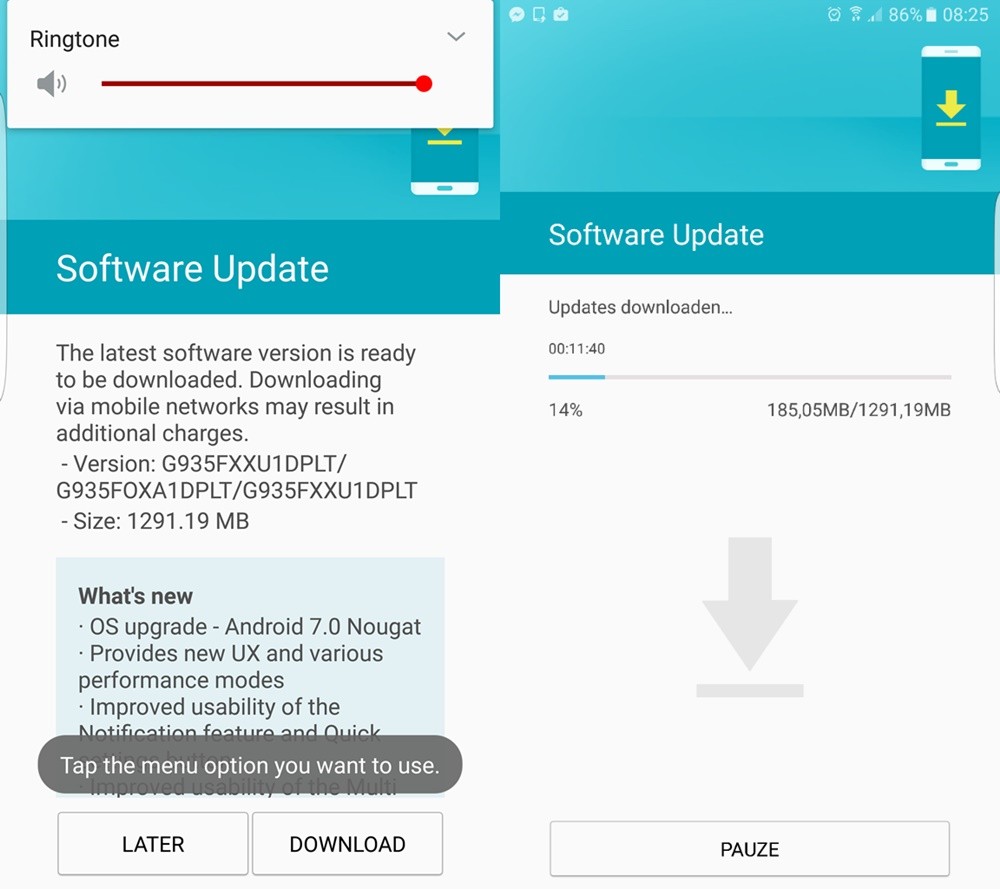 Samsung rolled out the official Android 7.0 Nougat update to Galaxy S7 and S7 Edge device last week, but as per recent reports from China, it seems like the rollout is being halted and another beta release with build number G9350ZCU2ZQA4 is being released to Galaxy S7 Edge devices in the country.

The update notification also confirms that it’s indeed the Nougat Beta 7 for the Galaxy S7 Edge. The update comes in at 213.30MB in size. Also, the update size is very close to the official Nougat release which Samsung rolled out last week with build DPLT.

According to industry sources, the update is being halted due to bugs/issues present on the release.

Since the screenshots are in Chinese, we couldn’t understand the full changelog for the Nougat beta 7, but here’s what we could gather so far:

Samsung had officially announced the end of Galaxy Beta program earlier this month. However, it seems like the beta updates are still very much alive.