The Samsung Galaxy S10 has brilliant camera hardware. The main 12 MP camera comes with an aperture that shifts between f/1.5 and f/2.4 depending on the light. There is an ultra-wide 16-megapixel unit and a telephoto 12-megapixel for zooming as well. But the one place it seemed to be falling behind is image processing.

This issue was significantly improved by the GCam mod, especially for images that have been taken in low-light. But users have to go through the trouble of downloading and installing GCam if they want to enjoy better pictures and this is something that Samsung addressed in its recent update.

The latest ASE5 update that Samsung released in May is majorly responsible for the improved stability of the camera along with addressing a few other issues. But it is also a troublesome update for the Galaxy S10 Exynos variant users because the phone freezes without reason and requires a reboot to start functioning again for a limited time until the problems arise back again. Thankfully, the ASE6 update fixes the issues caused by May update ASE5.

Anyway, camera improvements from the ASE5 build (ASE6 too) were pretty good, so much the night shots from the Samsung’s stock camera app now give the Gcam mod a run for their money. No, we’re not kidding.

The Reddit user NuF_5510 recently uploaded an image comparing the photo taken from Galaxy S10’s night mode (from build ASE5, from May security update) with that taken from the Gcam app. The improvement in picture quality was quite substantial thanks to the latest ASE5 update, now re-released as ASE6 update.

Here’s a look at the difference: 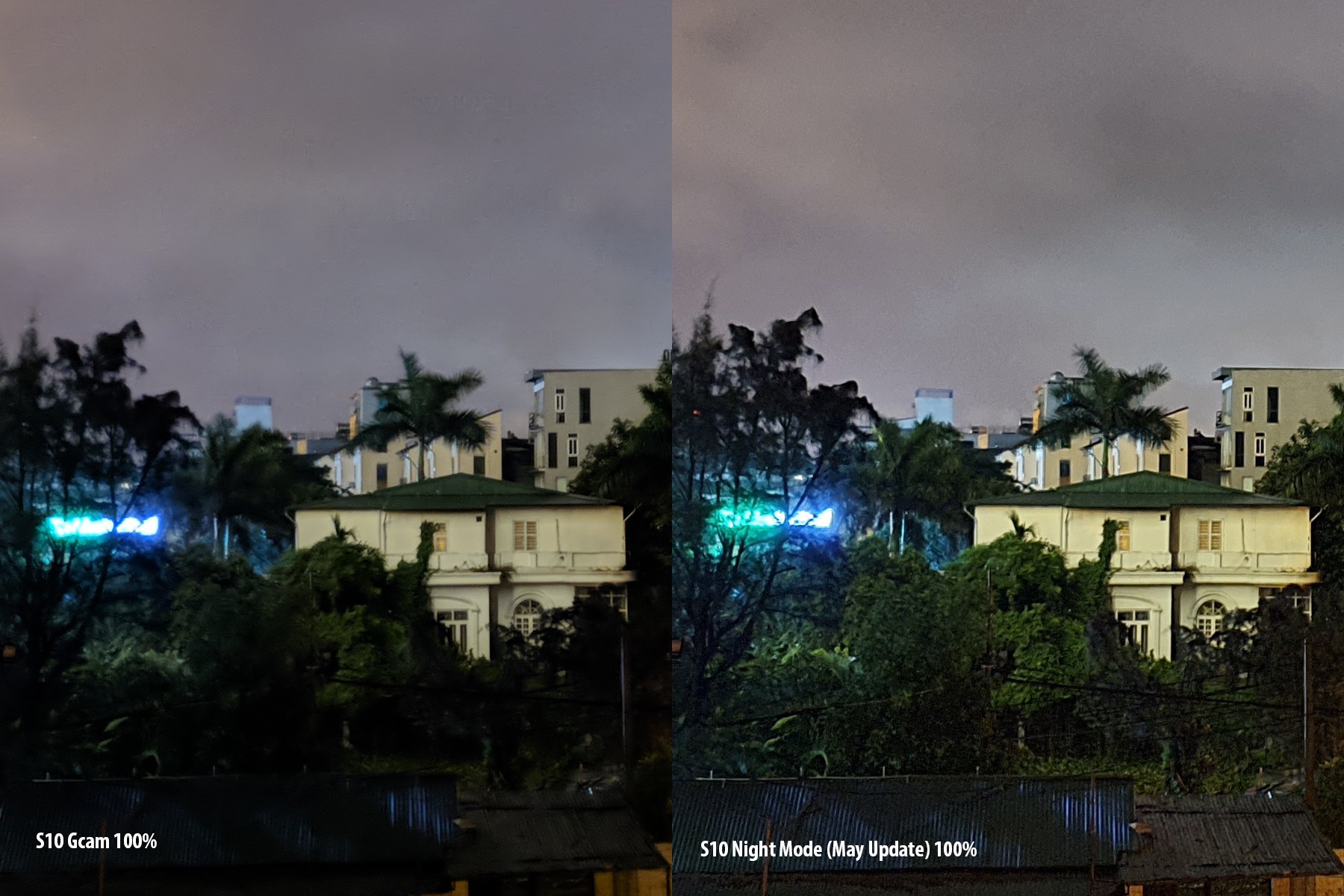 Now that the ASE5 update has been re-released as build ASE6, now is a good time to update your device again.

Once you have the new May security patch update in ASE6 installed, give the night mode a shot again on your Galaxy S10 using Samsung’s camera app. You will certainly appreciate the good work done by Samsung here.