Samsung has been rolling out Android Pie One UI update for the Galaxy A8 handset in phases in different regions. So far, they have pushed the Pie OTA update in Russia, India, and also for Greece, Netherlands, Czech Republic, Uzbekistan, Kazakhstan, Portugal, and Germany.

Samsung has brought a ton of new features to the A8 on top of Pie upgrade thanks to its One UI skin. Besides an update to Android 9, the Pie update for the Galaxy A8 also brought March security patch to the device.

Now, it appears that Canada is likely to be the next country to receive the OTA updates. Two of the top carriers in Canada, Telus and Rogers, today confirmed that they plan to release Android Pie for the Galaxy A8 in near future.

Telus even had a date for us. They say they would be updating the Galaxy A8 to Android 9 come April 22. The screenshot at the top comes from Telus. The same is confirmed by Rogers too, as you can see in the screenshot below. 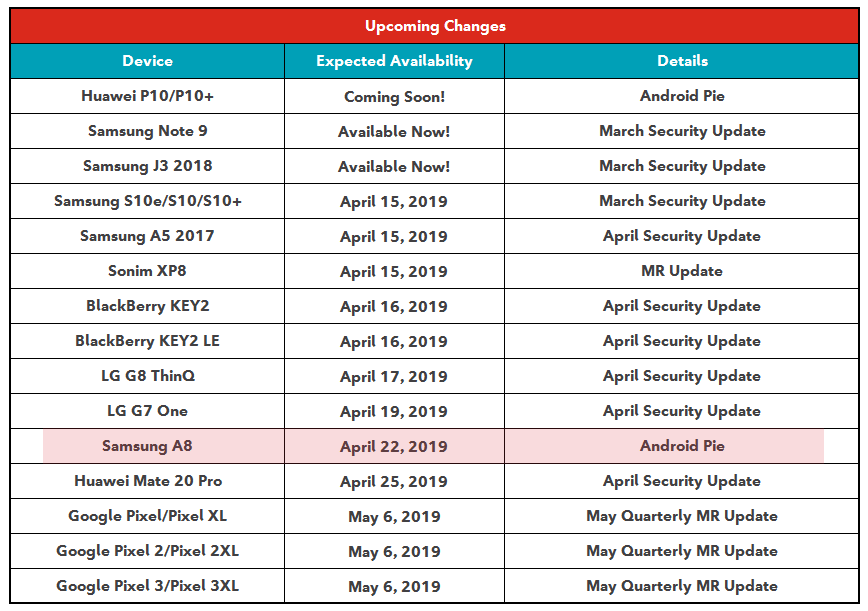 All Canadian carriers seed out the update the same day for Samsung devices, as was seen with the Galaxy Note 8 too.

With the news officially confirmed, Galaxy A8 owners in Canada can finally start the countdown to install the Pie update on their devices.