After years of speculation and testing, Twitter has finally introduced a paid subscription plan for its subscribers. Dubbed as “Twitter Blue,” the service has gone live in Australia and Canada for iOS users, asking a monthly premium of $4.49 and $3.49, respectively. The first iteration of Twitter Blue gives the subscribers access to a new ‘Undo’ button, app icon customizations, a reader mode, and folders for organizing important Tweets.

Unfortunately, Twitter doesn’t tell you whether you can edit tweets after becoming a Blue member, prompting us to come up with a clear and concise answer. So, without further ado let’s check out whether Twitter Blue comes with the fabled ‘Edit’ button.

Related: How to keep up with the latest news on Twitter

Twitter Blue is not the worst subscriber-only iteration you will find. However, it still isn’t compelling enough for anyone to shell out a monthly premium, mostly because it still doesn’t give the option to edit Tweets after they have been published. What Twitter Blue does bring is a buffer between hitting the ‘Tweet’ button and actually publishing it. And it does that with the newly introduced ‘Undo’ button.

Twitter Blue is going to be a journey and this is just the start. What features would you like to see up next? We want to hear from you.

So, although Twitter Blue doesn’t offer you the option to edit tweets, it gives you a 30-second window to rectify typos. Below, we’ll check out how the ‘Undo’ button works.

How to use the ‘Undo’ button in Twitter Blue

The moment you subscribe to Twitter Blue, the app would grant you the added perks through a server-side flick — including the ‘Undo’ button. Now, after you compose a Tweet and hit the send button, you will get a pop-up that your Tweet is being published. Under the ‘Sending now’ notification, you’ll get a ‘View Tweet’ button. 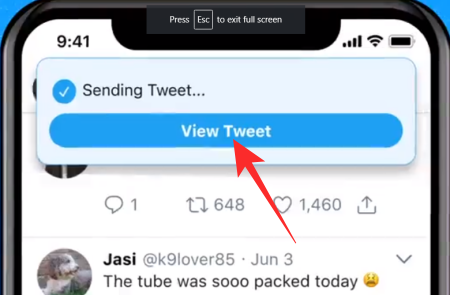 Tap on it to go to the Tweet. Here, you’ll get a buffer of up to 30 seconds to fix any typos. The ‘Undo’ button will be at the bottom-right corner of the compose section. Tap on it to go back to edit mode. 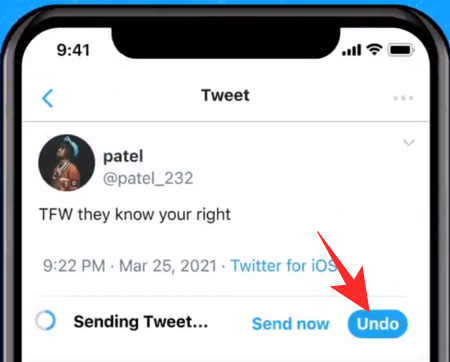 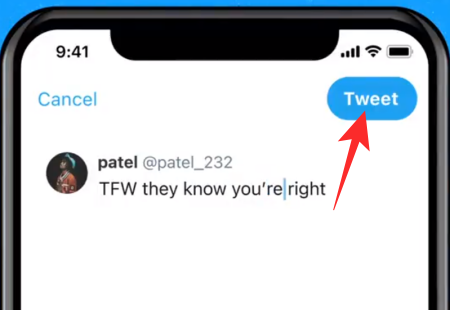 If you don’t find a typo and wish to publish the tweet right away, tap on ‘Send now.’ 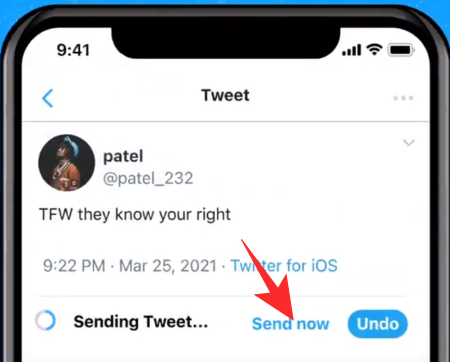 Related: How to pin lists on Twitter and access directly from Home tab by swiping on Android

No, at the time of writing, the ‘Undo’ button only works while publishing a Tweet. If the 30-second buffer expires and your Tweet is published, there is no way for you to edit the content. Since Twitter Blue is still in its early days, there’s certainly room for improvement. We just do not know for sure whether Twitter would consider allowing users to edit or undo their Tweets post publishing.