Gaming on a Mac has never been a glorious experience. Oftentimes, it’s like trudging alone and shivering through a dark, wintery night on the lookout for something, anything to play — only to be drawn to the glowing windows of… well, Windows users. Trapped outside in the driving snow, you end up watching as Windows users, all smiles and merrymaking, enjoy the latest and greatest title in gaming, available the day it comes out while we are left to sift through the throwaways and hand-me-downs Windows users no longer want.

And then macOS Catalina came, kicked us in the shin, and ran away laughing.

Half of the few games we could play were suddenly unsupported. And without 32-bit support, what was already a harrowing game experience became that much worse. Like a ragged pack of emaciated Hyenas, we were left to watch while Windows and Console lions gorge themselves on their latest catch, picking it clean.

But there remains a small sliver of hope for Mac gamers.

Related: How To Snapchat On Mac? Step-by-step Guide With Screenshots.

What You Need to Know About Gaming on macOS Catalina

While we did lose a ton of games. We really did. Popular games like Ark, Brawlhalla, Paladins, and Team Fortress 2 are gone. And it’s not certain we’ll ever see them on mac again.

But we didn’t lose them all — and even among those we “officially” lost there remain a few who we can still play — despite all the Steam warnings otherwise. Indeed, many of the games you’ll find on Steam that are earmarked for mac will have a warning that they are no longer compatible with macOS Catalina 10.15 — but are still very much playable.

A very enterprising Reddit user, ksheep, even went out to test their entire library of hundreds of Steam games to verify how many of the supposedly unplayable games were indeed unplayable and found a surprising number of them were in fact still running on Catalina.

So there are some options out there for us, if you know where to look. To that end, we scoured the internet for some great games you can truly enjoy even with macOS Catalina.

The Best Games on macOS Catalina You Can Play Right Now!

In a bid to throw a lifesaver to fellow mac gamers drowning in the gameless Catalina ocean, we decided to round up some of the best games you can still play on macOS Catalina right now.

Terraria is something like side-scrolling Minecraft with a heavier emphasis on weapons, combat, and boss battles. This is one of the games you’re not supposed to be able to play anymore but 100% can, so you can feel free to disregard the Steam warning and sink your teeth into hundreds of hours of survivalcraft adventure. Not only is the game a sprawling, customizable world with a lot of content to keep you entertained practically forever, it supports mods and just released its final but most extensive major update to leave a lasting polish on the absurdly popular predecessor to Minecraft.

Elder Scrolls Online is one of the most-played MMOs in the world right now, and for good reason. It opens up many regions of Tamriel beyond the frigid borders of the continent’s most famous province, Skyrim, and puts it online for you to share with millions of other adventurers. The game has been officially reworked to run on Catalina, so players can expect continued support from ZeniMax in the future.

Players should be aware that the game requires a lot of storage space — despite a final size of somewhere around 80GB for the base game, the installation process requires well over 100 — and is somewhat demanding to play on decent visual settings. But it’s worth it — it’s Skryim and beyond, but online.

The first in the critically acclaimed Middle Earth games, Shadow of Mordor is 100% playable on Catalina and an excellent treat for fans of Lord of the Rings or action RPGs. The game has an excellent real-time combat system and an innovative Nemesis mechanic that spins tales and storylines out of random NPCs as you play.

It’s a few years old now, but the graphics hold up well and anybody who likes games like the Witcher, Assassin’s Creed or Skyrim will find themselves perfectly at home while leading the charge against the forces of Sauron in the dark realm of Mordor.

Final Fantasy XIV Online is to Final Fantasy what ESO Online is to the Elder Scrolls Universe — it takes everything you love about the parent franchise and puts it online in a beautifully polished MMO package. While the game moves away from the turn-based combat that was a staple of the series for a long, long time, it does so with an effective, real-time combat system that has proven successful with millions of players.

The game is one of the older titles on this list, but this does nothing to diminish the game’s beauty or it’s absurd popularity. Players can play for free up to level 35, but beyond that you’ll need to shell out the 13 bucks a month to play. We haven’t confirmed it firsthand, but it looks like it might be safer to go with the Square Enix version rather than Steam, the latter of which is said to be buggier.

Stardew Valley is the gold standard of solo-dev games. A cross between games like Terraria, Animal Crossing, and Minecraft, Stardew Valley offers a wonderful, pixelated world for players to explore in a number of ways. With crafting, building, farming, and even some dungeon-crawling, Stardew Valley has broad appeal and has roped in huge segments of the gaming population despite a simple, cutesy exterior.

Anybody who enjoys city building games or farming simulators and would love to see it intermixed with some real, adventurous gameplay and elements of survivalcraft would do well to check out Stardew Valley.

Guild Wars 2 is a spectacular love-letter to real-time combat systems. Every facet of Guild Wars 2 is designed to stray away from stale elements of the MMORPG genre, doing away with fetch quests and drab auto-battles and replacing them with “Dynamic Events” and fast-paced, 100% skill-based combat.

The Dynamic Events system is a unique world element that activates area-based events that players can choose to take part in; anything from a Giant attack to a lost NPC to a race through the desert. It’s a game that prides itself on straightforward immersion and exploration, with a beautifully designed world to dive into as well as some of the best MMO PvP anywhere online.

Human Fall Flat is a cooky multiplayer platformer that takes a bunch of awkwardly shaped humanoids and injects them into a race across a ragdoll-physics based level. The key element in the game’s slapstick fun is the floaty controls, wobbly physics, and the fact that other players can collide with you while doing your best to navigate the floating levels.

Human Fall Flat has a vibrant and enthusiastic playerbase constantly spouting out player-generated levels through the Steam Workshop and a steady stream of free content from the developers.

Rust is a vicious adventure through sociopathic PvP where the griefer is celebrated and merciless, demoralizing noob-crushing is a sport of its own. The game is most similar to the other big heavyweight of the survivalcraft genre, Ark, in its open-world emphasis on base-building, dangerous wildlife, and harsh elements alongside the constant threat of bloodthirsty players but shifts it towards a more modern, post-apocalyptic setting.

The game is multiplayer-only, and known for being exceptionally difficult for new players — but in a way that is rewarding once you’ve figured out a few ways to stop being murdered. Apart from the PC version, a PS4 and Xbox One release is expected sometime this year.

Armello is a smooth amalgamation of an RPG, a board game, and a rogue-like that is never the same twice. Players choose from a roster of anthropomorphic animal heroes and enter a beautifully rendered, procedurally generated tabletop world full of towns, cities, NPCs, and increasingly powerful enemies.

There are numerous ways to win the game, through might or guile, by claiming the Crown of Armello or through heroic deeds — indeed, there’s a lot to explore every time you play Armello and fans of RPGs and board game mechanics will be thoroughly enthralled.

The most popular game on Steam with almost half a million players playing right now as we write this paragraph, CS:GO is the successor to the OG Counter-Strike that captures the same fast-paced, ultra skill-based FPS gameplay of the original. CS:GO laughs in the face of other bullet-sponge games by making bullets actually hurt and the concept of “tanking” shots as realistic as it would be in real life.

The game has a bit of a problem with hackers but is the premium flavor of FPS for those who want the kind of heart-pounding gameplay that every second feels like you’re running a red light with your eyes closed.

Evoland 2 isn’t a gigantic game like some of the others on this list, but it’s novelty combined with the fact that it’s playable on Catalina land it on this list. The game is an exploration of the evolution of gaming itself, with the game progressively moving through different technological eras of gaming, starting with 8-bit consoles and moving all the way to fully 3D rendered gameplay towards the end all within the same story.

It’s a brilliant stroll through the industry’s history wrapped up neatly in an exciting, genuinely rewarding game that stands on its own legs.

Shadow of the Tomb Raider

Shadow of the Tomb Raider is the final chapter in the recently rebooted, critically acclaimed Tomb Raider trilogy. The game doubles down on the hallmarks of the series, with a ghastly jungle and terrifying tombs to explore, traps, superb stealth kills, dangerous wildlife, and some nigh heart-attack-inducing obstacle courses. The game is not only playable on Catalina, but you can even download it straight from the Mac App Store.

Shadow of the Tomb Raider and the first two in the new trilogy will really make Mac gamers feel loved again, being one of the few 100% Triple-A hits to be fully available to us and is a highly recommended fresh of breath air for anybody quietly cursing Apple’s name as they drift off to sleep every night.

There you go: 12 reasons to get rid of the ammunition stockpile in your trunk and cancel your trip to Cupertino, CA. At least for now. If you know of any other great games you can play on macOS Catalina that should be on this list, please share it with your fellow mac gamers in the comments. We can use all the help we can get.

Related: How to Use a Fujifilm Camera as Your Webcam on Mac

Google Meet Effects: How To Download And Customize Your Meeting Background

What Does Poggers Mean? How To Get And Use Poggers Meme. 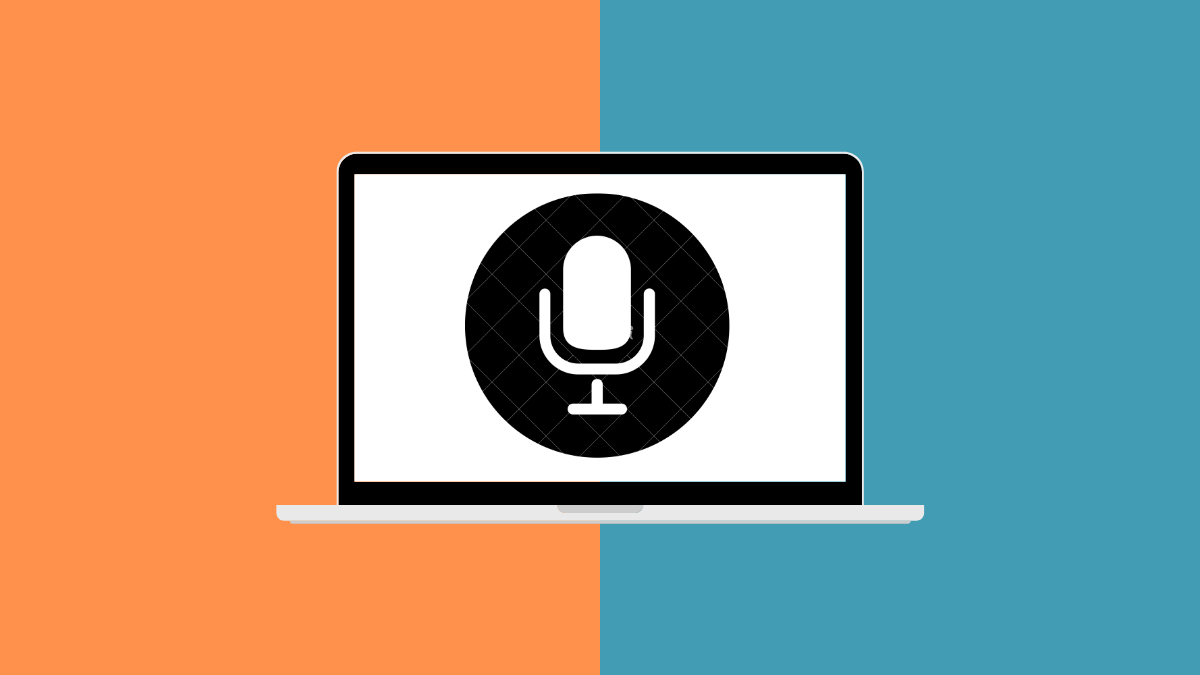 How to Record Your Voice on a Mac 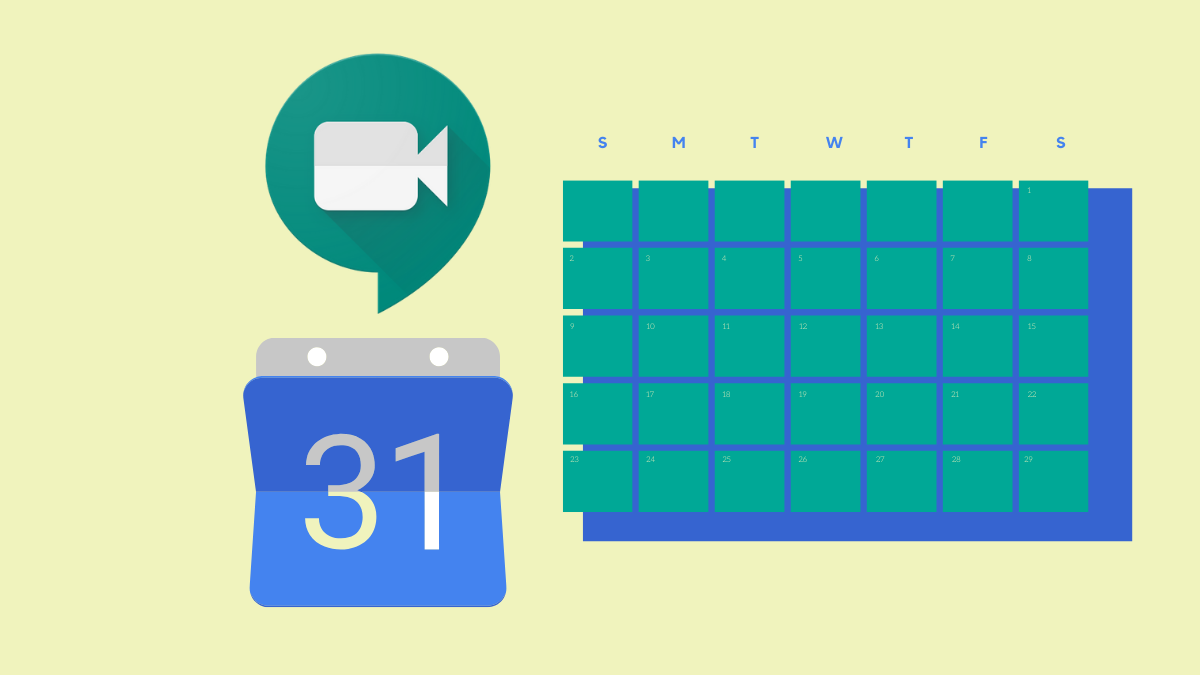 How To Add Google Meet To Calendar

Thanks to its slew of useful features, Google Meet has risen to the ranks of one of the…
Read More