Each and every business and its prosperity depends on the demand by the public, and since there are plenty of takers in the gaming industry, the business for countless game development studios has flourished over the years.

The mobile gaming industry did not get a great start in the beginning cause not only was the hardware and software for it developed to perfection yet but since there was no way to monetize mobile games the right way. However, all of that changed with the creation of better smartphones and a centralized App Store service for different mobile platforms.

For instance, the Google Play Store has not only unlocked the doors to millions of apps for users but also provided a platform for app developers to market their games and reap profits. However, these days you can either enjoy a premium quality game by either paying for it up front or make your digital wallet lighter bit by bit by paying for in-app purchases.

However, there are some developers who bet all of their revenue making on ads and offer their apps not just without in-app purchases, but give them out for free too. Here’s a list of the best games we came across for Android that is not only available free but does not include in-app purchases either.

Whether you’re a die-hard fan of this Netflix Original series that has taken the world by a storm, or just crazy about RPGs (Role-playing games), Stranger Things: The Game is just right for you. You’re taken in time to the quiet and peaceful town of Hawkins, Indiana in 1984 where something strange is brewing at the Hawkins Lab.

Join Hopper, Nancy, and the rest of the crew as you go around town solving mysteries, uncovering puzzles, and recover collectibles to unlock special items. Surprisingly enough, the game is completely free to get and comes with no ads and none of the expensive in-app purchases either. 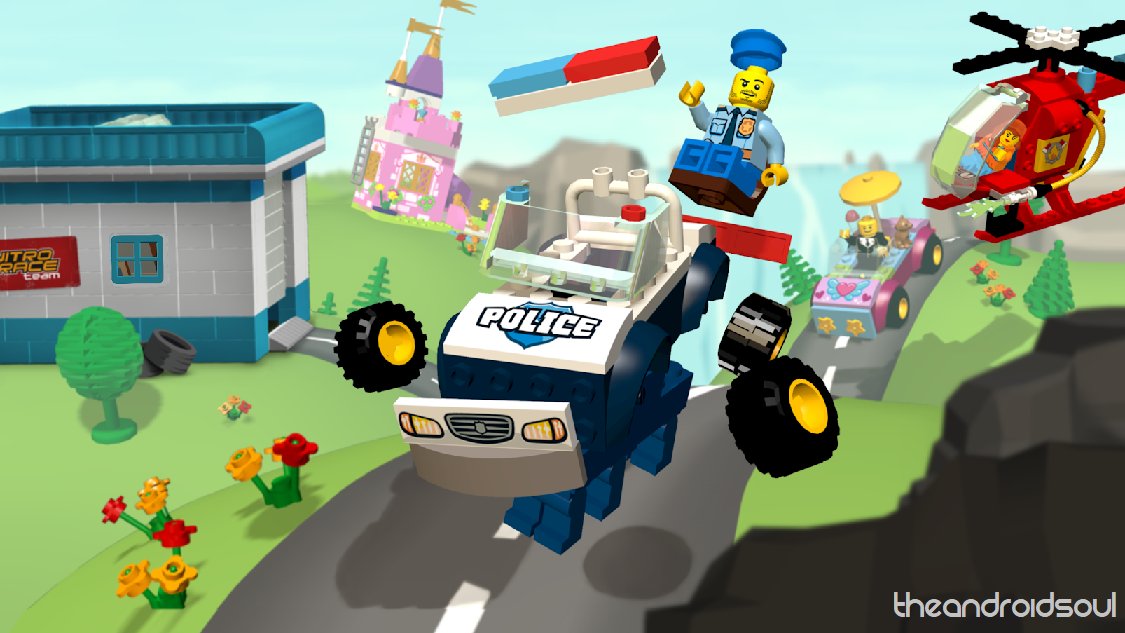 We owe years of old childhood playtime to LEGO® and it does seem sad sometimes that the toddlers of our generation are more interested in mobile games that intuitive block-building. However, the company is bridging the gap through its creative and thought-provoking Juniors Create & Cruise game, which will let the younger minds run wild with imagination.

You start off in the magical cuboid world of LEGO® with the freedom to build cars, trucks, helicopters and more and drive them across the LEGO World with a scenic environment collecting Golden Blocks. LEGO® has created half a dozen other games that help younger children not only enjoy playtime on mobile devices but also make sure that all the apps are free of ads and have no in-app purchases either.

Noodlecake Studios is among the most popular game developers for mobile devices, and Ready Steady Bang is one of their hidden gems that is the perfect combination of simplicity and addictiveness. Back in the old days, disputes were settled in the Old West with duels, and today you can do them virtually by competing with someone or playing solo on Ready Steady Bang to see who’s really the quick shot.

Start off by selecting one or two players in the game and on the single player mode, you compete with different Wanted Criminals, who get faster and faster as you move up the table. The game is all about how fast you can hit the screen when it is time to “Bang”, and the simple gameplay is what makes it dangerously addictive.

If you’re a fan of quirky sports such as mini-golf and air hockey, you’re sure to love the hybrid blend of a game created in the name of ULTRAFLOW 2. You start off with a ball with a number in it that represents the number of times it can bounce of the sides without exploding, and the goal of each level is to make that ball with the other ball end the end of the puzzle.

Following the principles of physics, there is no timer to rush you to the end, but it will take wits, accuracy, and just a pinch of luck for you reach the end of each level, which get more and more complicated as you progress.

There are some games that demand your complete and utter devotion, while others you can enjoy on your way to work or just when you want to relax, and DATA WING is that kind of a game.

The retro-futuristic vibe of the game is excellent, as is the neon lighting everywhere, while you play as a DATA WING that needs to transfer data from one end of the computer system to another, racing through the digital environment and complete with the top players on the leaderboard to see who can deliver it first. The game comes with no ads and no in-app purchases, and although we would’ve liked it to be an endless runner, the satisfying ending makes it so much better.

You’ve probably played plenty of tower defense and defense games like Clash of Clans, but the most refreshing thing about Wicked Lair is the fact that there are absolutely no annoying ads slapped on your screen, or any lucrative in-app purchases involved in any way.

With the choice of 9 different dungeon types to choose from, there are more than a 100 characters that you can spawn in your underground fortress to defend it from incoming forces by fighting with brute force or casting powerful spells to destroy the town while keeping your dungeon protected.

Consider the age of Space Invaders being upgraded to modern multi-touch action for blowing stuff up and shooting artillery at the speed of light – that is just what the aptly-named PewPew game is.

Packed with the retro-age style of graphics but with the smoothness and rendering of modern-day games, your job is to break through the wave of enemies without destroying your mothership, while frantically trying to destroy barriers that are the same color as your ship for the extra points, while dodging the unbreakable Asteroids and getting a brag-worthy high score. 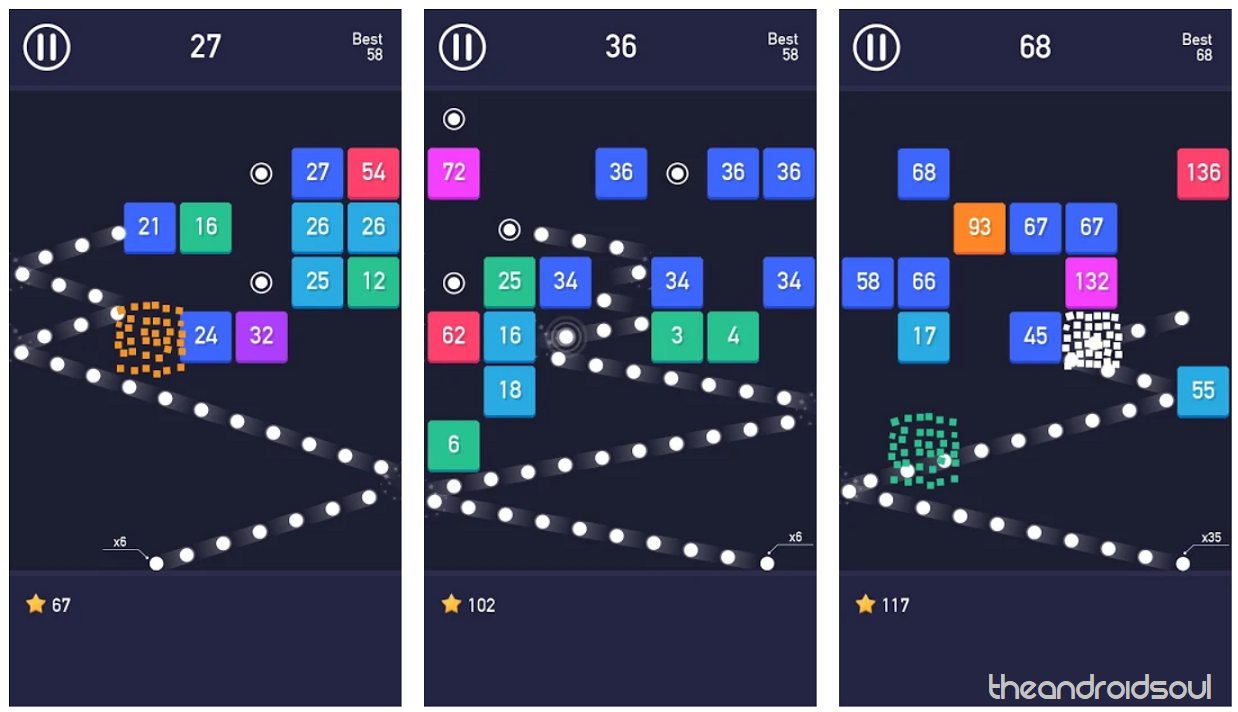 After personally spending hours trying to reach triple numbers in a high score, we can guarantee and warn you at the same time that this simple puzzle solver will melt away hours of your life.

Albeit, there are very few ads every now and then, but since there are no in-app purchases to give the rich guys an upper hand, it’s all fair and balanced, as long as you have the tenacity for it. You get a finite number of balls to break the numeric bricks each round, which is an amalgamated version of Tetris, but make sure those bricks don’t stack up against you!

Advertisements popping up on your screen while playing a game is never cool, especially when unsuspecting kids are trying to just keep themselves busy with your smartphone. Toca Kitchen 2 is on this list for not only being ad-free, but completely free of in-app purchases as well, and it surely helps that it has made it to the Editor’s Choice list too.

Helping your young minds tinker with their creative style of cooking without turning your real kitchen into a (dangerous) mess, Toca Kitchen 2 gives them the groceries, the appliances, and the freedom to craft out their favorite dishes, try cooking entire meals in the virtual kitchen, and serve up a meal that is worthy of the Gods. 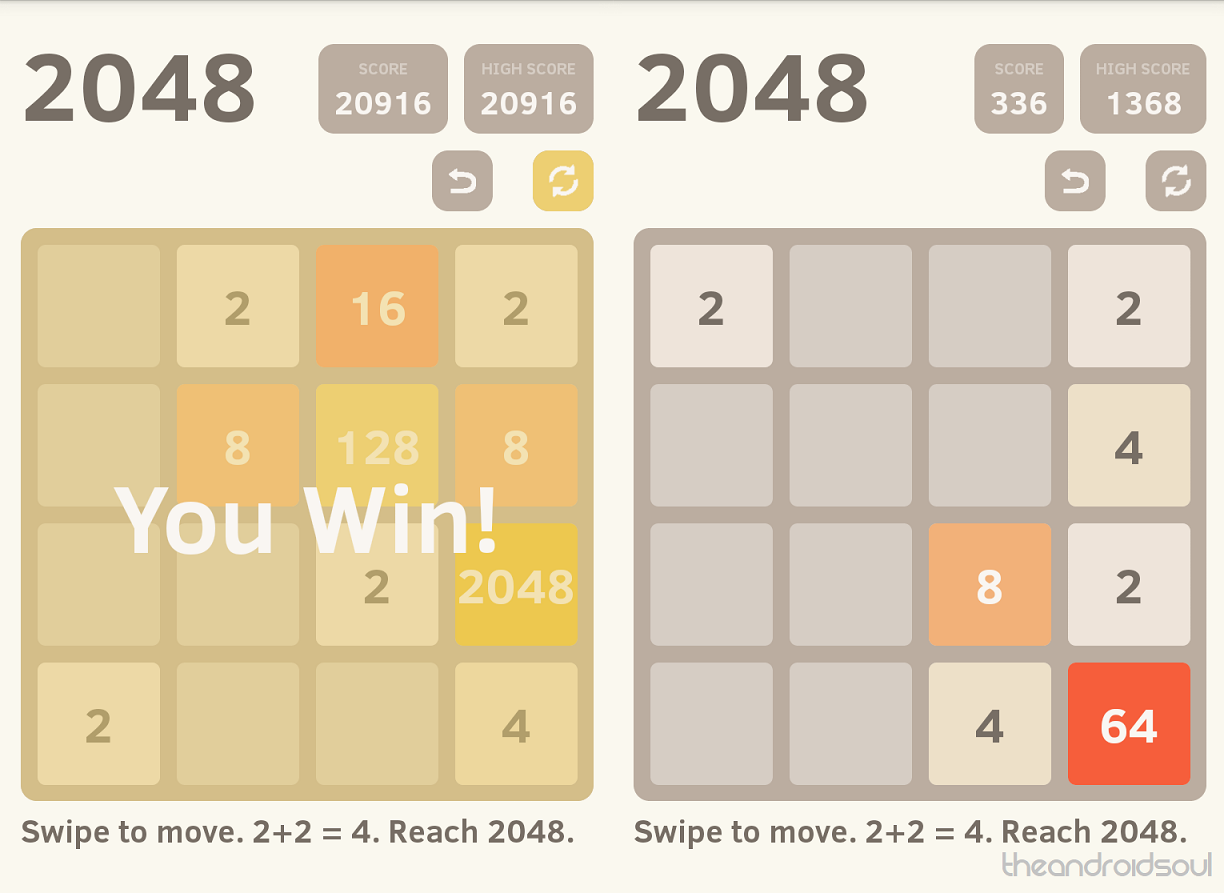 This legendary number-crunching game was developed by Gabriele Circulli, but all of the versions out on the Google Play Store are either packed with intrusive ads, or in-app purchases to stop those ads. However, we were able to root out this version of the popular 2048 game which is free to download, without ads and free of in-app purchases as well.

The premise of the game is pretty simple, you need to reach the number 2048, but you can only do this by adding two identical numbers. While it does the start of as simple and easy to understand, you’ll soon be finding yourself pulling your hair out over this stupidly-simple, yet challenging puzzle game.

Got any other great free and in-app purchase free app to add to this list here? Be sure to mention it down below in the comments and we will be sure to check it out.

Samsung Galaxy Watch: All you need to know

How to increase FPS in PUBG Mobile for better gameplay