A new startup called AutoPi.io wants to make it possible for humans to talk to their cars. Using this new tech, you can ask your car to do things such as roll down windows, turn on the AC/Heat, start the car, and more, all via voice commands.

Yes, some of this can already be done with most cars these days. However, imagine having a plug-and-play tool that will work with any car. And the best part, it uses Google Assistant as the median.

The AutoPi is still a work in progress, and is built on Raspberry Pi. It is a plug-and-play device, which has its own USB ports, 4G/3G connectivity, a speaker, and inbuilt GPS. It connects to the OBD-II port on a car, and uses the cars computer to send and receive information, or commands, via Google Assistant. Below is a flowchart that shows how it would work! 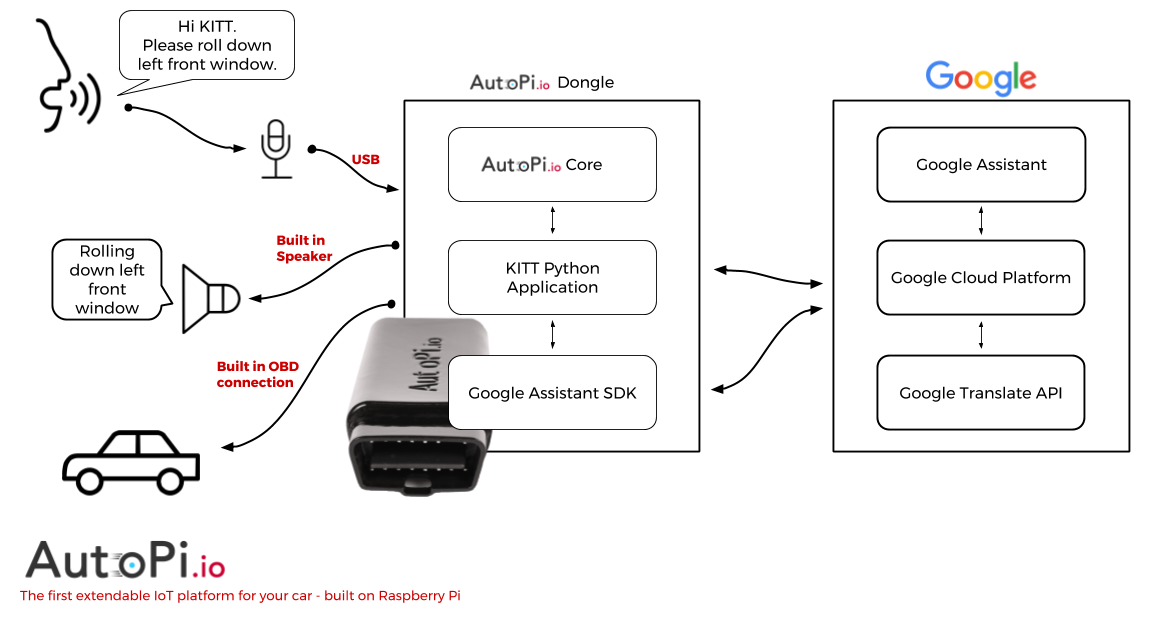 The AutoPi can track your cars telemetry, its location, and an easy to use online dashboard that can be accessed from anywhere, on any device. There’s a lot more that can be done using this technology. You could even talk to your car through your phone, when you’re away from it.

The project is still a work in progress, as mentioned earlier, but it will soon be launched on Kickstarter. We think this is pretty cool, and you should definitely check it out. Hopefully the dongle won’t be very expensive when it’s actually released.

Motorola Moto X4 specs: What we know so far