It’s always fun playing with a new beta version of Android. The same goes for Android Q too. Even though the Q update isn’t big on UI changes, there are two small changes that spotted already that are winning our hearts.

UI change #1: Position of the drop-down icon in the notification

Just have a look at the image above. In the left, you have a screenshot taken on Android Pie, and you can see the position of the drop-down icon changes for each notification.

Like Android Pie, Android Q also reminds you at the top of the Settings app if the device is in silent mode, or night light is on, or is DND mode is on, etc. But it does that while occupying much less space.

While on Android Pie, these suggested settings have fixed sized rectangle block that would appear one after another, on Android Q, the blocks change their size to square and small rectangle based on the no. of suggestions available.

Take a look at the Settings screens below for comparison. 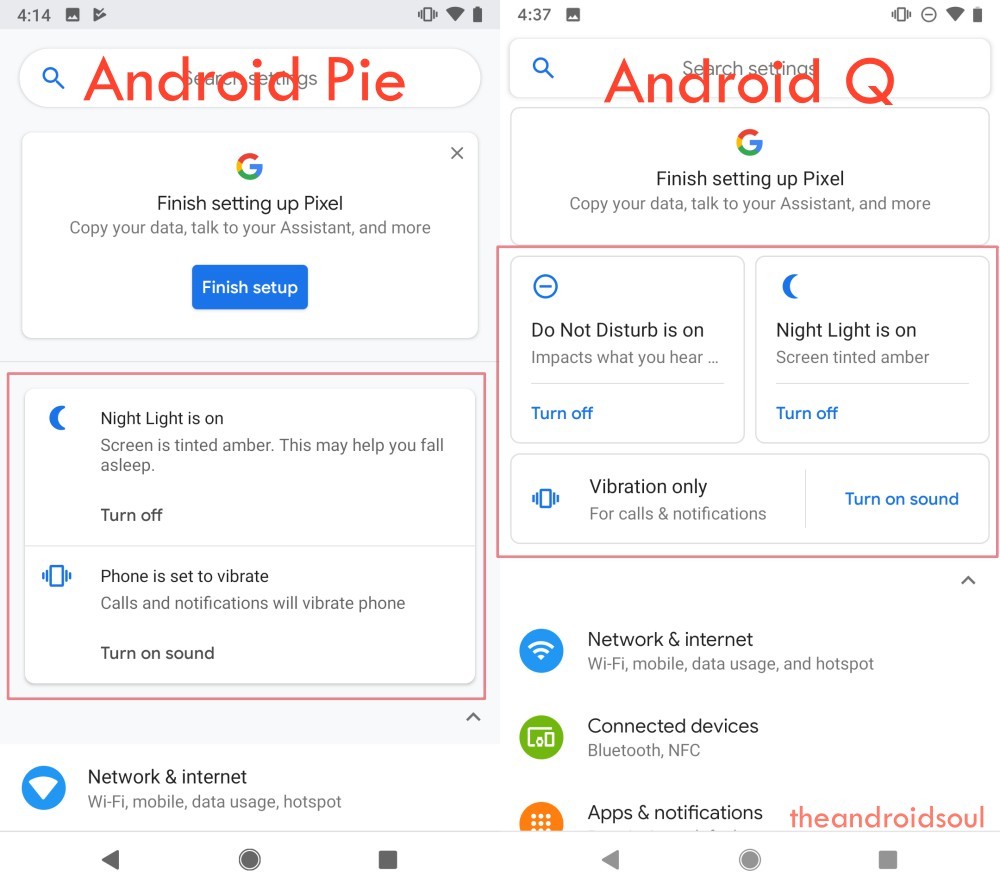 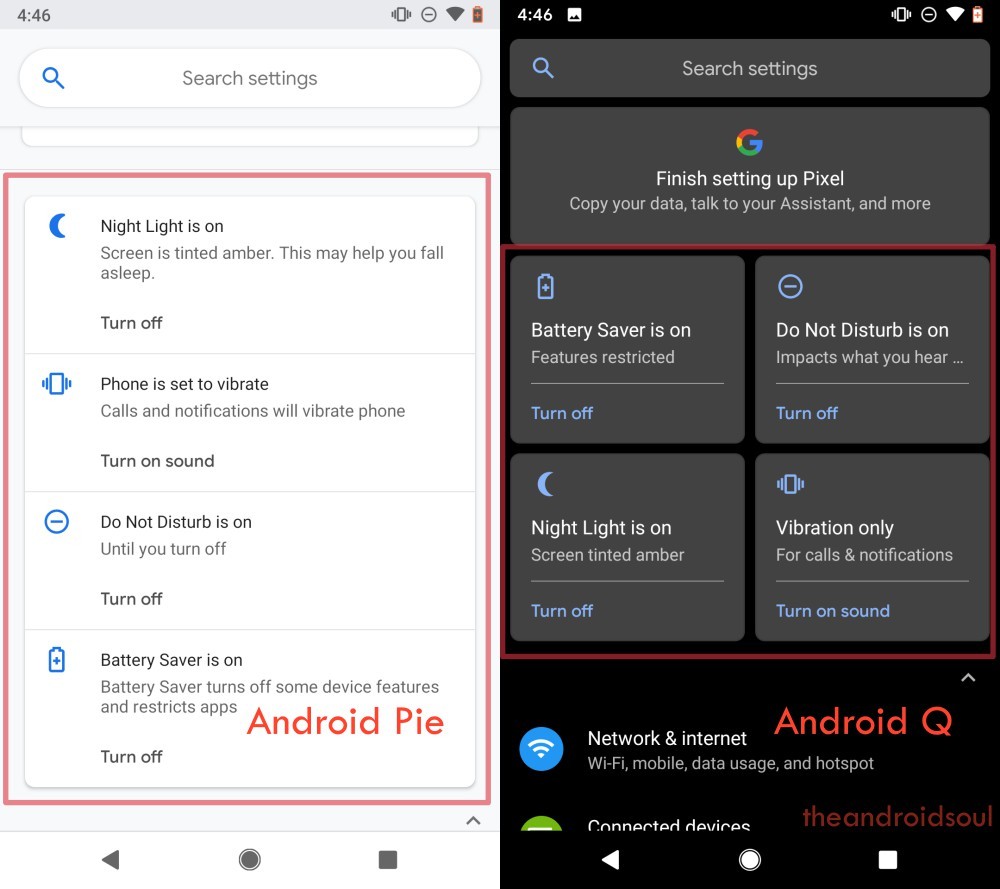 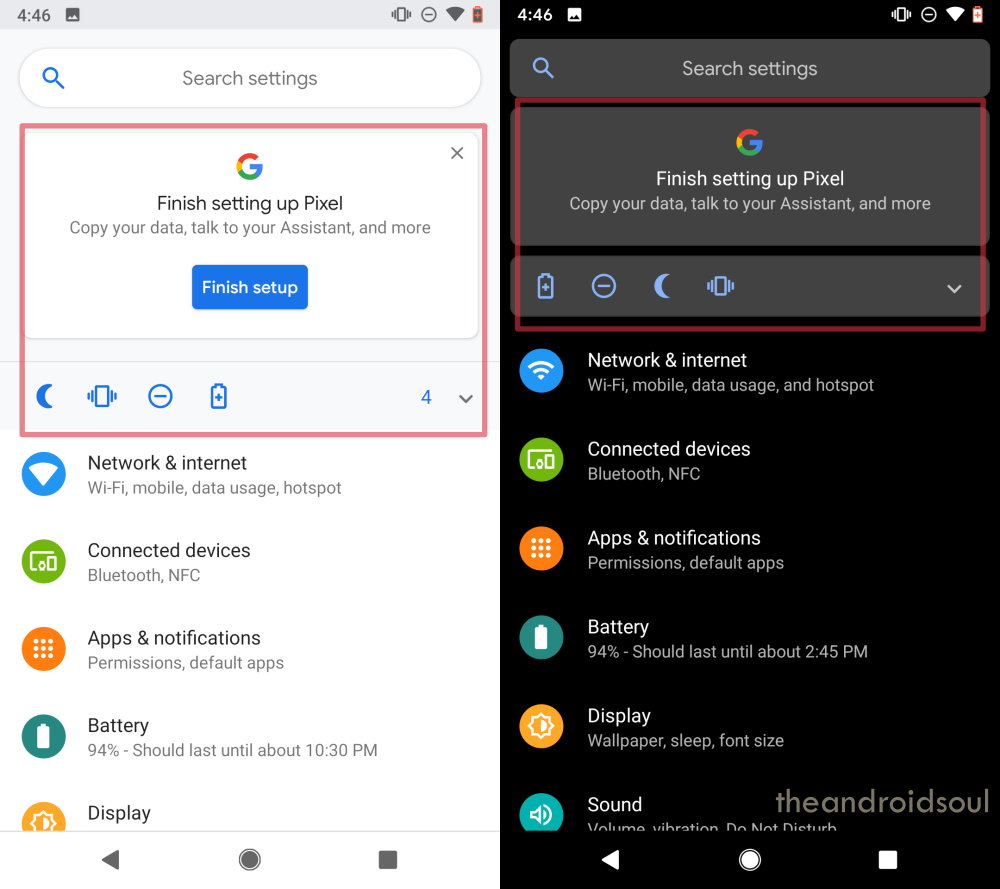 What do you think of these small changes in the UI?

How to enable dark mode on Android 10