The beauty of Android is that we can have the same device but with quite different user experiences. One thing that makes this easily possible is an Android Launcher.

While every smartphone comes with a default launcher, you can replace your boring stock version with a third-party launcher that offers plenty of customizations and features you’ll find quite hard to part with in the end. One of the most used launchers is Nova Launcher and there’s no doubt it’s a good one, however, there are plenty of others that you’ve probably never tried or even heard of yet they’re quite unique in their own sense.

In this post, we have a list of 5 awesome Android Launchers we believe you’ve never used and further believe that you should try them. Seriously. 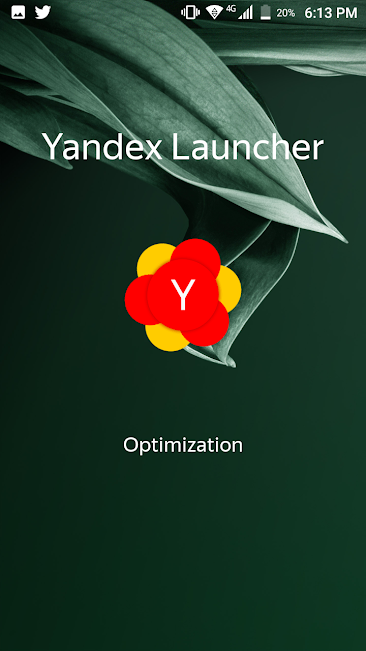 The Yandex Launcher is one of the best launchers outside the usual circle of Nova and Action Launchers. It’s not a new application, but the improvements it has gone through over time are what pushed it to our list of awesome launchers you’ve probably not used.

First to impress is the built-in wallpapers that you can pick from and like the now gone Google Now launcher, you get a news feed on the left side of the screen. You also get stuff like notification badges, customizable icons and themes, and just about everything else you find in top Android launchers.

The app drawer, which is accessible by swiping up on the home screen or tapping the menu button, has an interesting feature that sorts apps with respect to their color theme. At the top of the app drawer, you also get quick shortcuts to games, communication apps, finance apps, and so on – categories that you can customize as you wish. You’ll also enjoy the little animations all throughout the launcher, be it when switching between apps or open windows.

Best of all, Yandex Launcher free to download and install on your Android device.

This is an interesting one and basically one that underlies the beauty of Android. For the geeky, Linux is music to their ears and in the Linux CLI Launcher, you have an Android Launcher that replaces your stock launcher with a minimalist Linux terminal interface that sends you into a world of commands for controlling everything.

The Linux CLI Launcher is a good one for those who don’t want anything to do with apps and the app drawer and in fact, you don’t need to be a nerd in order to enjoy this launcher because the developer has built in a bunch of commands for your day-to-day use. You can uninstall an app, make a call to a contact, send an SMS, or even restart your phone, among other stuff, using commands. Even more interesting is that you get command suggestions, you can create aliases and even respond to notifications right from the launcher.

The launcher is available for download via the Google Play Store, for free. 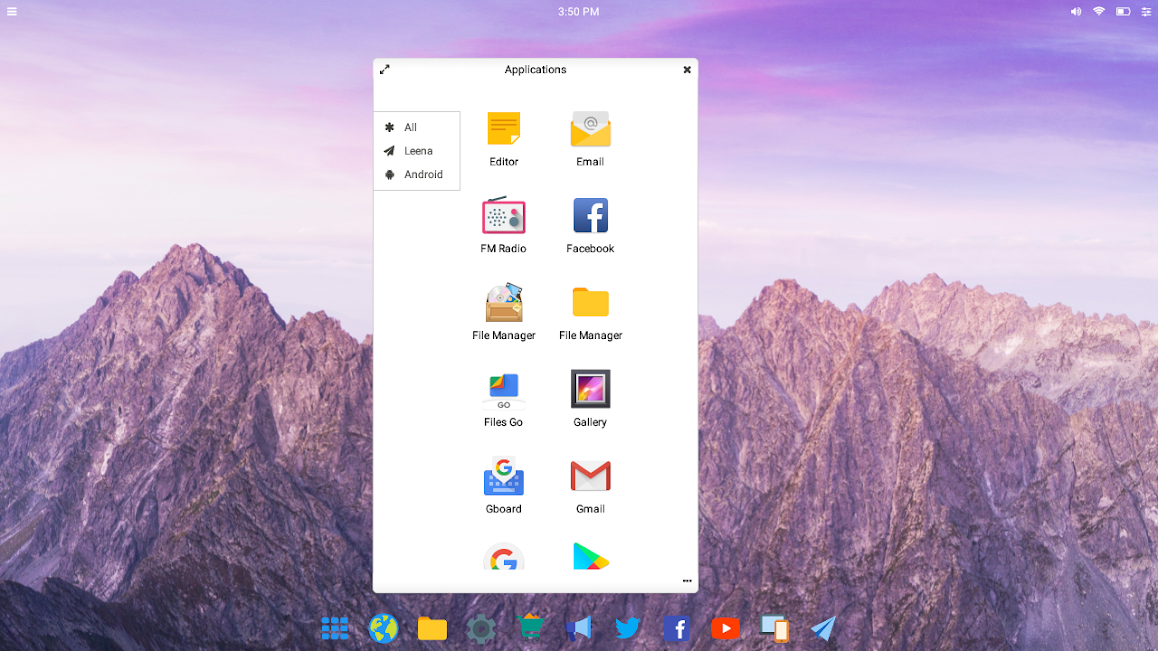 Another quite unique Android Launcher that you definitely got to try is the Leena Launcher. This version tries to mimic the traditional desktop environment on an Android device, thus it automatically turns your home screen into landscape mode, even if the default setting is portrait mode (but it’s better to have it in auto-rotate mode). App icons are displayed at the bottom of the screen alongside a menu button that opens the app drawer while time appears on the opposite end.

The Leena Launcher does away with the usual app-like experience and gives you a Windows-like experience when you open your apps, where small windows will pop on the screen when you tap to open an app. Even better is that you can multitask with up to three windows open at the same time. You can also expand windows for a better view.

If you want an even more complete desktop experience, you can further attach a mouse, keyboard and connect your Android phone to a monitor and you are good to go. But of course, you’ll need to have the right accessories to connect these external gadgets to your phone. 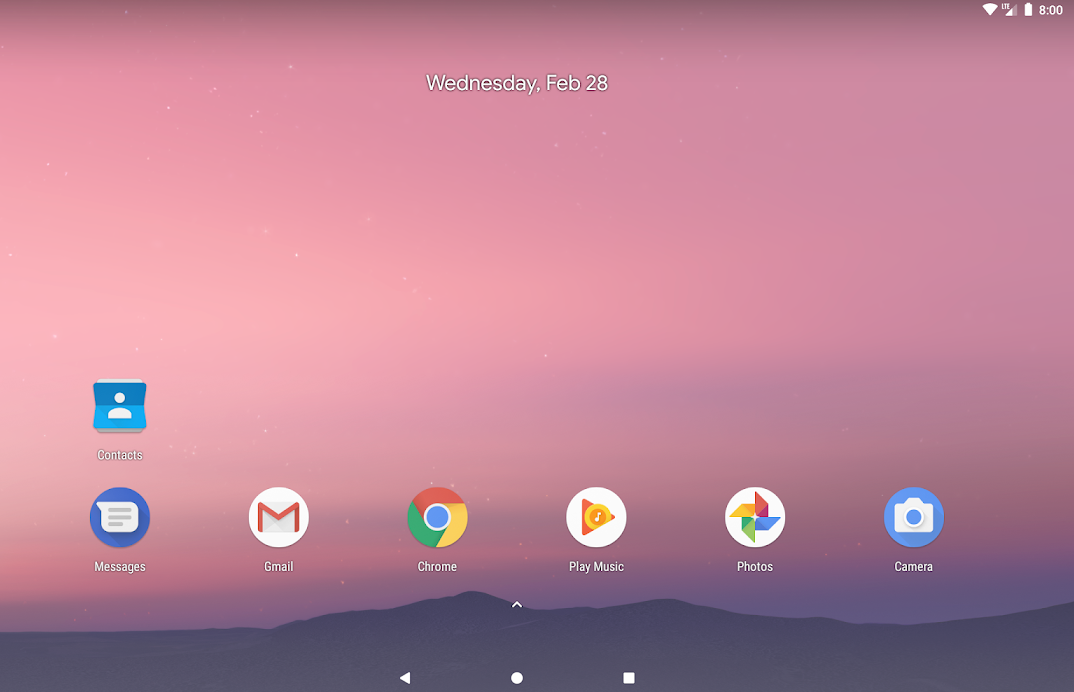 Although not as distinct as the other two, Lean Launcher is one of the newest entrants into the field, which is probably why you haven’t heard or used it. The app is based on stock Android Oreo, but of course, like many other launchers, there are some customizations to accompany it.

For instance, you can tweak the icon shape and animations as well as enable the use of gestures such as double-tapping the screen to lock. Unfortunately, there’s no double-tapping to unlock, which is a huge miss. Otherwise, you’re gonna love everything about this launcher and the fact that it’s still growing means that there’s a lot to come.

Lean Launcher is free to download and install on your Android device. 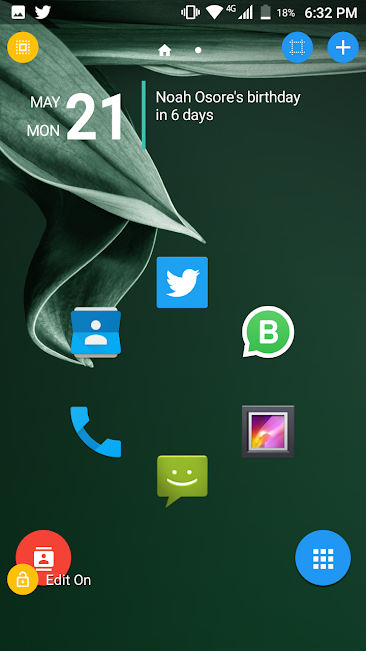 I particularly like Total Launcher’s circular arrangement of apps on the home screen and it gets even better as you can play around with plenty of themes that are designed for the launcher, but I can’t comprehend why the app doesn’t have a dedicated settings page for tweaking stuff like most launchers do. Still, this doesn’t take away anything from what is actually a very powerful launcher.

If you are the type who wants a little bit of change from what the traditional home screen has to offer, the Total Launcher might just be what you are looking for.

The Android world has dozens of launchers you can choose from. This list is by no means exhaustive, but we believe it has great options that will fit your day-to-day needs in a manner that makes you unique. If not, feel free to join in the conversation with what you think is the best option for you.