As the application invitations, which were till November 22, were meant for global users, we presume Xiaomi has indeed released this Android Pie beta testing program on a bigger scale in all market regions where the Xiaomi Mi A2 Lite is in the wild. 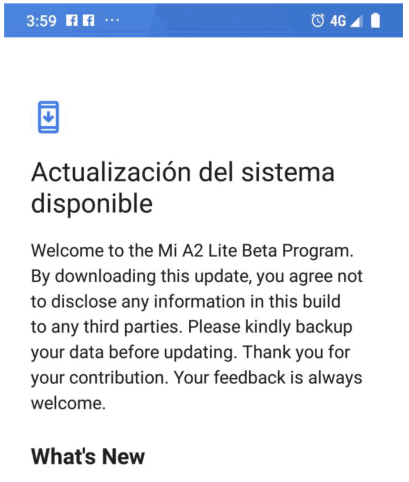 The new OS upgrade when finally arrives will bring in a string of new features to the Xiaomi Mi A2 Lite such as Adaptive Battery, Featured Flags, App actions, revamped filled-in navigation, and the new navigation gestures.

Anyway, since this is an unstable update which might be carrying a few bugs here and their users are categorically advised to back up their data before they venture into the program.

The beta users are expected to report any bugs and hiccups if found. Once Xiaomi — that produces some of the best budget phones — irons out the reported issues, we can expect the final, stable Android Pie version to roll out to users in phased out manner. However, given that the beta is already out, the commercial stable update may not be too far away. Maybe a month from today (November 27). Stay tuned more updates.

How to change the Lock Screen Wallpaper on your Android device