For many users, the Apple Pencil 1 and 1 seem like the be-all-and-end-all of stylus choice for their iPads. It’s an Apple thing; that’s what they want you to think.

Most Apple users wouldn’t touch a third-party stylus with a twenty-foot pole. And while the market is indeed oversaturated with cheap knockoff “smartpens” and shoddy mesh-point styli that look like something from 2010, within the maelstrom of junk exists a sweet spot of dedicated third-party Apple Pencil alternatives that can outperform their first-party counterparts with special features and unique niches — and often at half the price.

Down below we’ve rounded up a handful of the best third-party Apple Pencil alternatives on the market and talk about what makes each one special.

Perfect for markups and note-taking, this wide-grip capacitive touch is as easy on your hand as it is the wallet.

Studio Neat’s “Cosmonaut” might look funny at first, but as anyone who’s ever suffered from an overuse injury can attest to, sometimes bigger is better. Indeed, the Cosmonaut’s extra-wide grip makes it feel like a dry-erase marker in your hand, and though it’s slightly heavier than other styli, will actually be less taxing on your hand. This is because a thinner implement forces your hand to pinch harder, regardless of weight.

On top of that, the matte finish only adds to the comfort and usability of the Cosmonaut, making it the perfect choice for extended sessions. The only real drawbacks to the Cosmonaut are its lack of pressure sensitivity and extra-fat nib, which make it best-suited to things like loose doodling, editing, or productivity-based mark-making.

Once confined to education settings only, the Logitech Crayon is a hand-friendly stylus that feels better than the Apple Pencil.

The Logitech Crayon is an Apple-recognized alternative to the Apple Pencil that was first restricted to educational-uses only. Thankfully, Apple saw the light and green-lit the Logitech Crayon for mainstream use in September 2018, and since then the much more budget-friendly stylus has given the Pencil a run for its money.

The angular body is more ergonomic for extended use than the Pencil, and though it lacks pressure sensitivity the Logitech Crayon does have tilt-support for line variation. The lower the angle, the wider the line — just like a real pencil. Overall, the Logitech Crayon is best-suited for general use and can be used for both note-taking, basic illustrations, and other productivity tasks and with better grip-efficiency.

Hands down, the Zagg Pro is the most pencil-like stylus on the market.

The Zagg Pro is one of the most popular Apple Pencil alternatives on the market, and for good reason. The Zagg Pro is by far the most natural-feeling stylus on the market, with the same tilt-support line variation of the Logitech Crayon to mimic a pencil’s lead plus the capacitive touch tip on the other end that can be used for both scrolling as well as an eraser.

If you’re not the type to get hand-weary from extended drawing/writing sessions, the round design won’t pose a problem and the Zagg Pro will work wonders as the closest thing to a bona fide pencil digital has ever seen.

While hard to get your hands on now, the Bamboo Fineline is a durable, top-tier all-rounder that excels in the hands of artists, illustrators and designers.

Created by the Apple of the drawing tablet market, Wacom’s Bamboo Fineline is pretty hard to get your hands on these days but well worth it for designers and illustrators who like the look and feel of the design team who probably made their professional drawing tablet.

The Bamboo Fineline sports entry-level pressure sensitivity that, as a secondary design tool aside from their dedicated setup at home, will perform beautifully on the go. Though surprisingly expensive compared to other third-party styli (then again, it is Wacom), the Bamboo Fineline has the added bonus of a clip to keep it securely attached in-case you’re brave enough to carry it in your pocket.

The pen body is subtly triangular, making it more ergonomic and features a programmable button, not unlike their own tablet-dedicated pens.

Probably the best third-party stylus for digital artists, especially within the price range.

By far the most feature-rich third-party stylus for iPad, the Adonit Note M’s unique mouse-tip gives you the best of both worlds.

The Adonit Note M is the most productive third-party stylus for the iPad in existence. While the capacitive nib is a fine enough point for note-taking and basic illustration, what really makes the Adonit Note M shine as an Apple Pencil alternative is the built-in mouse sensor on the other end.

Users can flip it over and use it as a straight-up mouse right on their desk beside the iPad. The Bluetooth sensor can be paired with any device and can sense surfaces up to 5mm away. This way, the Adonit Note M can be used seamlessly across a variety of tasks and blends the best of both tablet and PC worlds for users who want an extra-mobile workspace.

Plus, it can be attached magnetically to the side of the iPad Pro like the second-gen Apple Pencil. For those with productivity and mobility in mind more than illustration/design, the Adonit Note M is the best third Apple Pencil alternative out there.

What do you think the best third-party Apple Pencil stylus is? Or are they all sinful deviations from the one true path that is the Apple Pencil? Let us know, and feel free to shoot any questions at us, in the comments below! 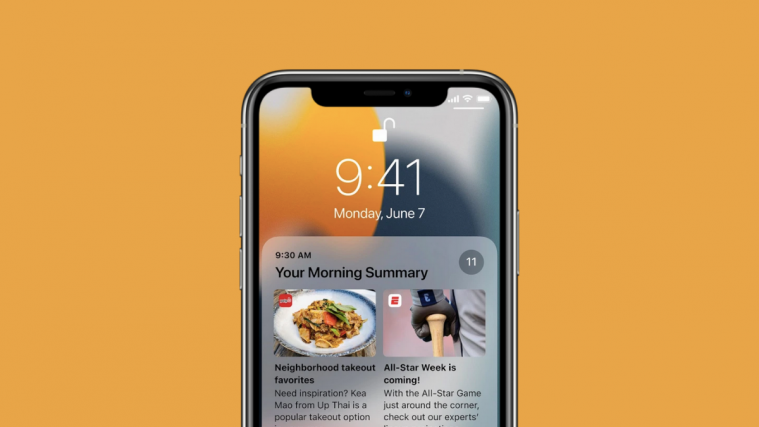 Notification Summary Not Working on iPhone? How To Fix It