We’ve known for a while now that Samsung has plans to unveil a new Galaxy M family of devices. Earlier this week, one of these devices, the Galaxy M10, stopped by the Wi-Fi Alliance, suggesting that the launch is around the corner.

Today, another device in the M series, the Galaxy M20, has also stopped by the WFA for certification. The phone comes with model number SM-M205F and runs Android 8.1 Oreo out of the box, the same OS that will power any pre-Galaxy S10 release from Samsung. 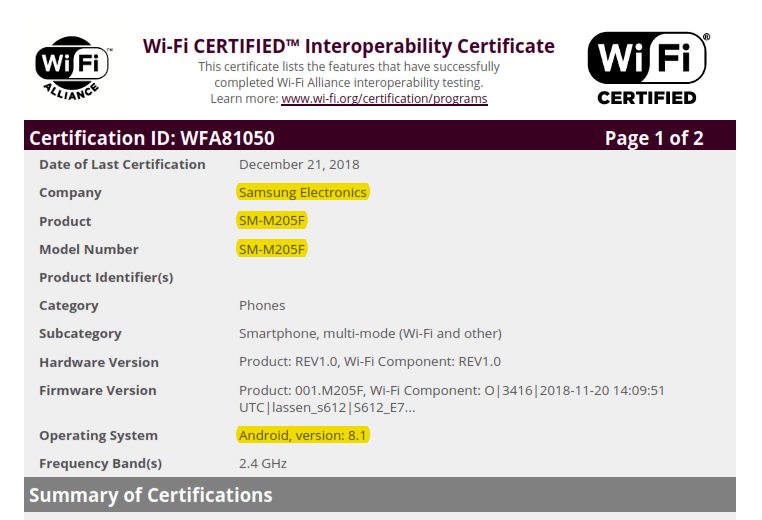 Based on the leaked specs, the Galaxy M20 will be a superior offering to the M10, but it won’t be the most premium device in the series. Apparently, Samsung will also launch the Galaxy M30 and Galaxy M50.

Knowing Samsung, we may see these devices make an appearance at the upcoming CES 2019 event this January.