Samsung Galaxy A8s is all set for release, gets Wi-Fi certification

Stories about the launch date of the much anticipated Samsung Galaxy A8s have been doing rounds for a while now and only yesterday, we got wind of news that December 10 is the date we have all been waiting for (feature image).

To back this unofficial report, the Wi-Fi Alliance has just cleared the Galaxy A8s with model number SM-G8870. We already knew the A8s will come with this model number, however, the one that has just stopped by the WFA is for the Chinese market. 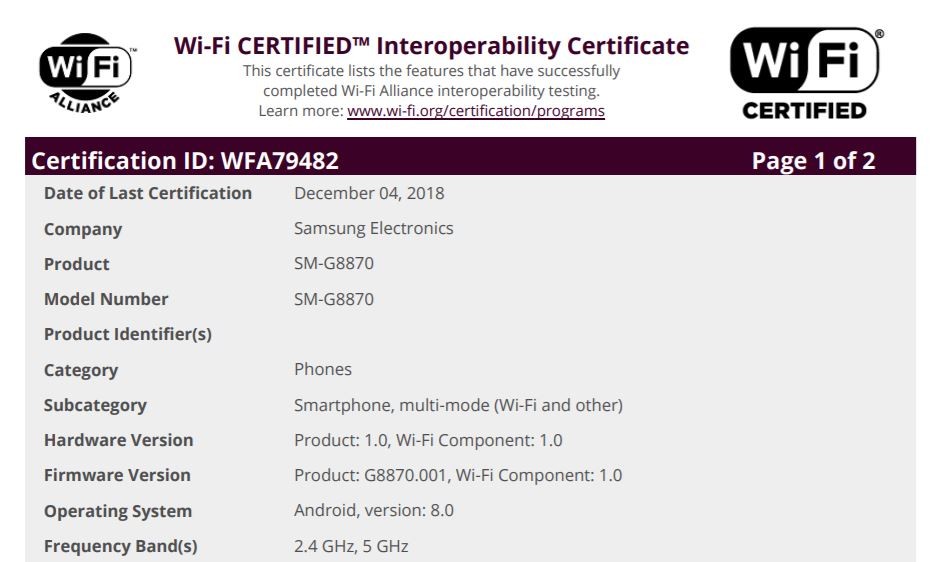 The Galaxy A8s, as per the listing, will debut with Android 8.0 Oreo (why Samsung, why not even 8.1?) out of the box, with an update to Android 9 Pie expected in 2019. After its Chinese launch, it’s likely that Samsung will use the CES 2019 to bring the A8s to the global market, just like it has happened before with respect to the Galaxy A series.

What makes the A8s such a big deal is its Infinity-O display screen that features a camera hole to house the front shooter. While it will be the first in the world with such technology, it will be followed shortly by Huawei Nova 4 that is expected to launch on December 17.

No MIUI 10 update for these Xiaomi phones and tablets