Android 9 Pie has already been released for multiple devices, including the two-year-old Samsung Galaxy S8 series and the Galaxy Note 8, but the latter cases are only true for those in Europe.

In the case of Optus Australia, the Pie updates for the Galaxy S8, Galaxy S8+ and Galaxy Note 8 have yet to arrive, but the carrier has just provided us with an update of when to expect it.

If you own the Note 8, Optus says Android Pie arrives on the 12th of this month and the following day, those using the S8 and S8+ will join the party. Of course, these dates are subject to change, but we hope not. 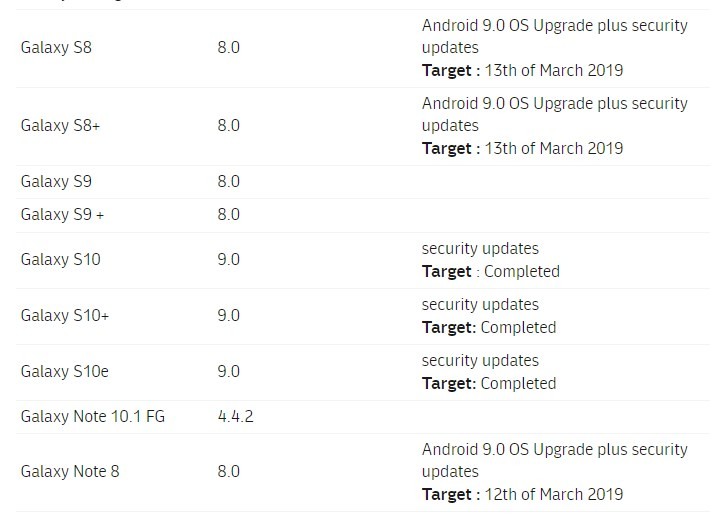 Also on Optus Australia’s radar is the Huawei Mate 9. The carrier says users of this handset can expect the EMUI 9.0-based update to complete the testing phase on March 18th, although it doesn’t mention the expected release date.

Optus is also planning to upgrade the Huawei Mate 20 Pro to EMUI 9.0.0.188, which will bring support for Wi-Fi Calling along with call barring investigation with Huawei. This software is currently being tested and should be ready to roll out on March 13th.

Once again, these dates are subject to change.