The newly launched OnePlus Watch has been the topic of many discussions on official and unofficial forums and community boards. The furor has to do with Always-On-Display (AOD) – a much-requested feature that the company has been trying hard to deliver for a while now without hurting other components like battery life. But even without it, one cannot help but admire the remarkable smartwatch that OnePlus has delivered.

That said, there is still a pretty high chance that the smartwatch might get this feature yet. Here is everything that you need to know about the feature that the OnePlus community is dying to see and what the company has to say about it.

What the OnePlus forum FAQ reveals?

Most smartphones nowadays have the AOD feature that lets users see the time without having to move their phones. But a smartphone’s battery life can afford the power that such a feature demands. Having the same on a smartwatch is a different ballgame altogether.

The 1.39-inch AMOLED display of the OnePlus Watch wakes up as it detects movement, such as when you raise your arm or push the side buttons. But there is always a delay between the action and the response and that is a major inconvenience. Had there been support for AOD, the smartwatch would have truly lived up to the second half of its name. It is still a watch that we’re talking about so it should have its display on all the time, just as regular, non-smart watches do.

Will AOD come to OnePlus Watch via an update?

Although the OnePlus Watch didn’t arrive with AOD, a possible over-the-air (OTA) update could change that in the future. The outpour of requests and feedback has forced the company to reconsider the AOD feature. In their One Plus Watch Deep Dive and FAQ, the company revealed its plans for the feature update.

The biggest hurdle to AOD seems to be the battery life which, as the forum post revealed, could go down by half with this feature. That “could make or break the user’s experience with their smartwatch”. Since OnePlus has made it a point to deliver good in terms of battery life, much work has to go into AOD battery optimization before it sees the light of day.

The OnePlus team is currently assessing AOD’s power consumption and evaluating the likelihood of it being introduced in a future OTA. However, given that the smartwatch can deliver up to 2-weeks of battery life on a single charge, AOD is a viable option to have even if cuts down battery life by half.

The AOD feature notwithstanding, the OnePlus Watch has some truly unbelievable specs and features that would make it worth anyone’s money. These include, but are not limited to, Sp02 oxygen saturation monitoring (handy for our pandemic-ridden age), rapid heart rate alerts, stress detection, sedentary reminders, and more than a hundred workout models to keep you in good shape.

On top of that, the smartwatch has 5ATM water resistance, standalone GPS and Bluetooth for easy navigation and connectivity, and an IP68-certified construction for dust and water resistance. The circular display of the OnePlus Watch has a 2.5D curved glass that nestles in the case smoothly. The watch also substitutes for a remote for those who own the OnePlus TV and turns off the TV automatically if it detects you’ve been asleep for more than half an hour.

The massive 405mAh battery is the best of the lot, delivering up to 24 hours of use with only 5 minutes of charge, thanks to Warp Charge – OnePlus’ fastest charging technology. It is this facet that has kept our hopes up of seeing the AOD become available in a future update.

Currently, the company is working to optimize the display and increase the frame rate to 50fps. That, along with a possible OTA update for AOD will definitely put a dent in the smartwatch’s battery life. But only time and (continuous user feedback) will tell how soon this will become available. Do let the folks at OnePlus know “how important AOD is to you, considering that it could increase power consumption by almost 50%”. 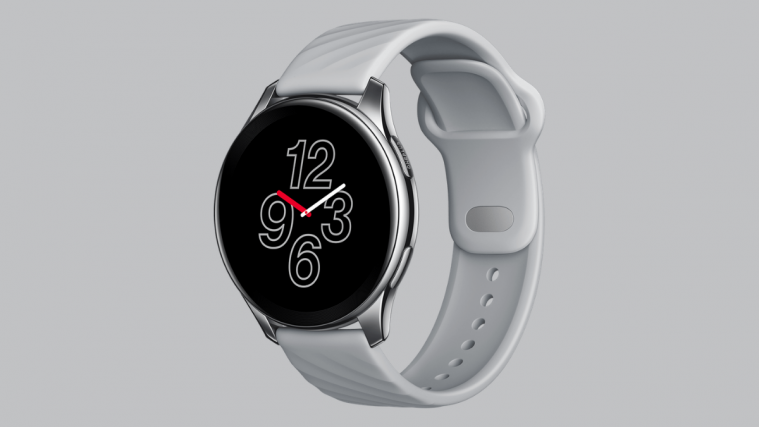 Does OnePlus Watch Connect to an iPhone?