How to take a screenshot on the OnePlus 6

Screenshots make life easier — there’s no doubt about it. And on the OnePlus 6 too, you have some tricks up your sleeves to grab a quick screenshot.

Out of all the features that Android devices have offered, the ability to take screenshots has completely redefined the way we use our mobile device. From saving (and sharing too) a conversation with one contact with another or simply saving an online receipt through a quick screen grab, the utility that the screenshot feature offers is limitless. However, the way Android devices are designed by their manufacturers is always different, so the combination of physical buttons that you need to press can vary too.

Here’s our quick guide on how to take those screenshots on OnePlus 6 right now.

Related: How to root the OnePlus 6

The easiest way to take a screenshot on any mobile device, regardless of the software version installed on it, is by using the hardware buttons. On the OnePlus 6, there is no physical home button, so all you need to do to take a screenshot instantaneously is use the following method.

When you want to take a screenshot of something that simply won’t fit in a single snap, there’s a useful feature that the OnePlus 6 comes included with called the scrolling screenshot. The feature is present on the toolbar that appears right after you take a new screenshot.

Once the process is complete, you’ll be able to view and edit the long screenshot right from the Screenshots folder or directly by pulling down on the notifications shade. 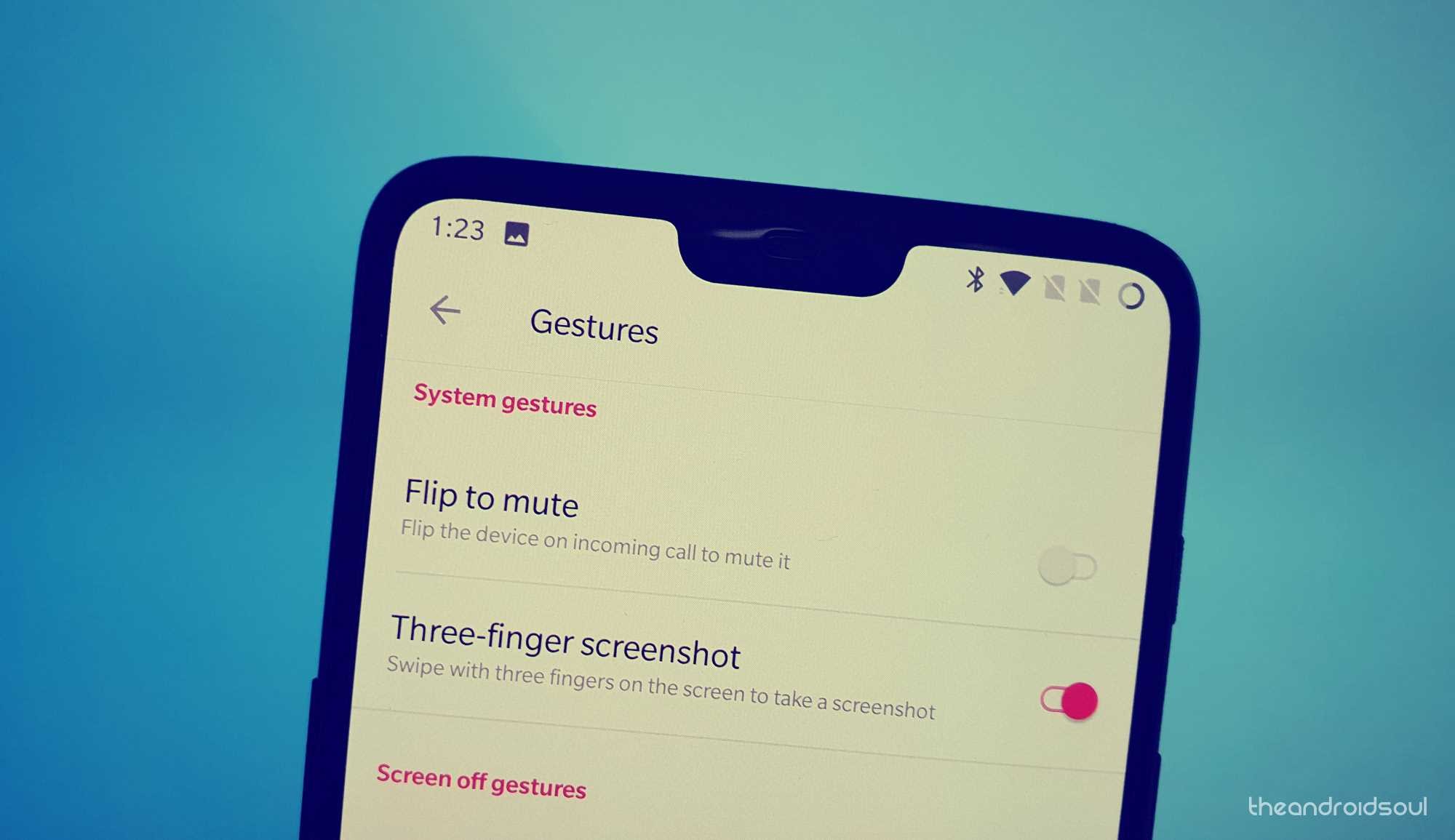 You can slide three fingers on the screen to grab a screenshot, too.

You will have to enable this first, though: Go to Settings > Gestures > Toggle on the Three-finger screenshot option. Now, you can slide three fingers on the screen (up or down) to take a screenshot on the OnePlus 6. Here’s how to do it.

While Samsung Galaxy devices may have the special Bixby button to take screenshots for them, all Android devices have Google Assistant, so why press buttons when you can simply ask Google to take a screenshot?

Surprisingly enough, the screenshots you take with Google Assistant are not directly saved to the Screenshots folder in the Gallery app of your OnePlus 6.

Which is your preferred way of capturing screenshots on the OnePlus 6?