Fortunately, this just seems to have been a mistake since the date has now been changed back to January 17, 2019. See the image below as proof, or even better, check the release date yourself on the Guncelmiyiz’s Note 9 page. 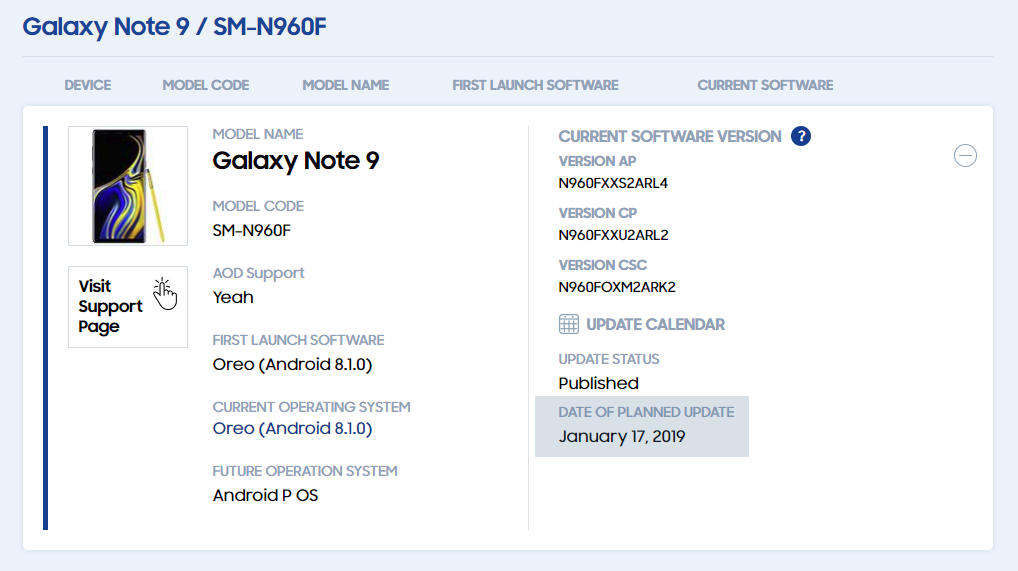 In fact, Samsung has already begun rolling out the Pie update for Galaxy Note 9 users in some regions already, however, there’s no concrete information as to when the update would be available globally.

Nevertheless, if you were left confused as to when the Pie update rollout for the Note 9 would begin, then the simple answer to that is that Note 9 is already receiving the Android Pie update in a few regions while others might receive the update in the following weeks.

If you’re in a region where the update has already begun rolling out yet you haven’t received the update notification, simply head over to Settings > Software update > Download and install.

Wait for the device to check for an update and if the update is available, tap on download and then choose to install the update now or at a later time.