The Moto Z3 Play is, as the name indicates, the third installation since Motorola debuted the Moto Z lineup back in 2016. Coming in as a natural successor to the Moto Z2 Play, the phone has big shoes to fill and while the company is confident this is indeed the case, it remains to be seen what you, the client, will see in the phone in order to buy this idea.

One key area that every smartphone buyer always looks at is the specs and there’s no doubt that the Moto Z3 Play ticks a good number of boxes in this area. As for the looks, you are getting a phone that still supports the 2016 Moto Mods, so don’t expect huge changes in terms of design. Still, Motorola does a great job in trying to modernize the handset while at the same time sticking to its distinctive feature that gives accessories direct access to the phone’s internals like the battery, camera, etc. to boost performance.

In fact, Motorola loves this aspect so much that it’ll be shipping the Moto Z3 Play with a battery Moto Mod so that whoever feels the 3000mAh battery unit on board isn’t enough can take advantage of the 40 extra hours the Mod promises. 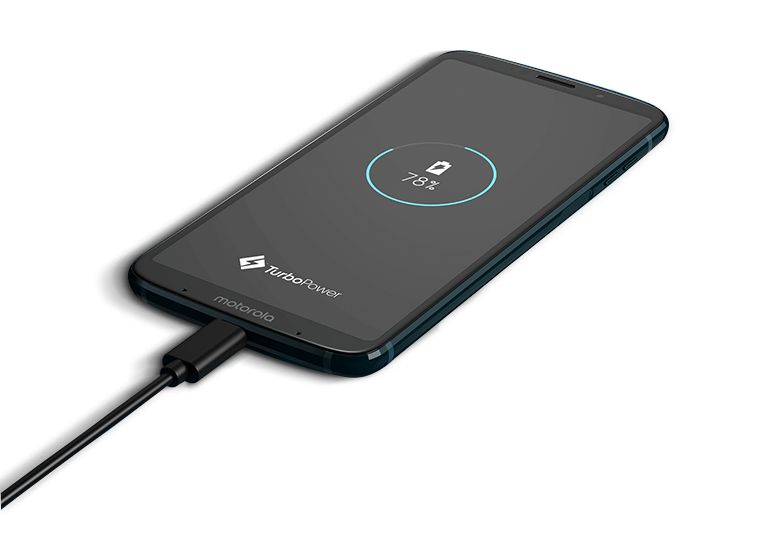 When compared to its predecessor, the Moto Z3 Play is a significant upgrade in terms of raw power. There’s a new processor, but the same storage options are retained, however, this time there’s no 3GB RAM variant. But what else is there to know about the Moto Z3 Play? Let’s find out.

7 things you should know

A dual-lens camera on the back 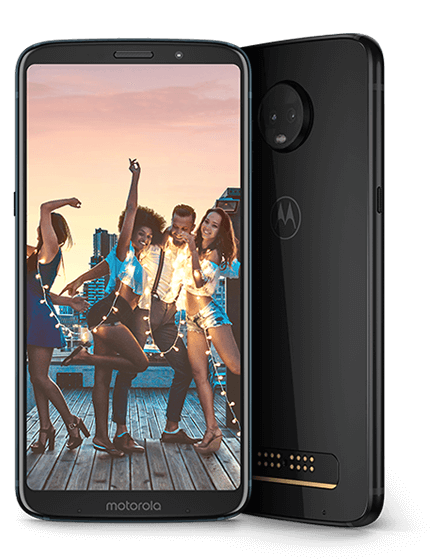 You don’t buy any of Motorola’s Play handsets with photography in mind, but the company doesn’t want you to carry a second device just for photography purposes. While the single-lens 12MP unit on the Moto Z2 Play does a great photography job, the Moto Z3 Play gets a dual-lens configuration that adds a second 5MP lens on the back for depth sensing and portrait mode shots. In fact, Motorola says the camera has also been integrated with Google Lens.

Motorola is slowly getting rid of the 3.5mm audio jack. It all started with the high-end Moto Z2, but it was retained on the Moto Z2 Play. The onslaught on the feature has now found its way to the Moto Z3 Play, but the company has you in mind thanks to the fact that a USB-C to 3.5mm adapter is part of the package.

With this trend, it’s likely that the next-gen Moto G series will probably be the next in line to drop the coveted 3.5mm audio jack. Despite the number of people hanging onto their 3.5mm headphones out there, the sooner you realize that everything that has a beginning has an end the better.

Motorola opted against any form of IP6X certification that would have otherwise driven the price of the Moto Z3 Play higher and instead went for what it calls a water repellant coating. With this, you can only be safe from spills, splashes and a little rain, but stay away from pools, heavy rain, shower, beach, or any other places with more water.

The fingerprint is side-mounted

Sony surprised many when it launched the Xperia XZ2 and XZ2 Compact with rear-mounted fingerprint scanners, a departure from its trademark design of embedding the scanner on the side and on the power button. This time, it’s Motorola’s turn and that’s exactly where you find the fingerprint scanner on the Moto Z3 Play. However, unlike Sony, the power button is separate, apparently, because the company feels having them both together slows down the fingerprint unlock process.

This also means that the back panel of the Moto Z3 Play is as clean as it can get, with only the camera setup, company logo and the modular pins at the bottom end.

Like dual cameras, another trendy feature is facial recognition – and it’s present on the Moto Z3 Play. Similar to many Android vendors, the Face Unlock feature on the Z3 Play uses the front-facing camera to do its magic, but of course, it’s not as secure as the fingerprint scanner is at the moment.

The Moto Z2 Play had a front-mounted fingerprint scanner that contributed to a chunkier bottom bezel, but with the scanner now on the side, Motorola had room to make the bezel even smaller in size. The result of this is a bigger 6-inch display screen with an aspect ratio of 18:9 housed in the same-size body. 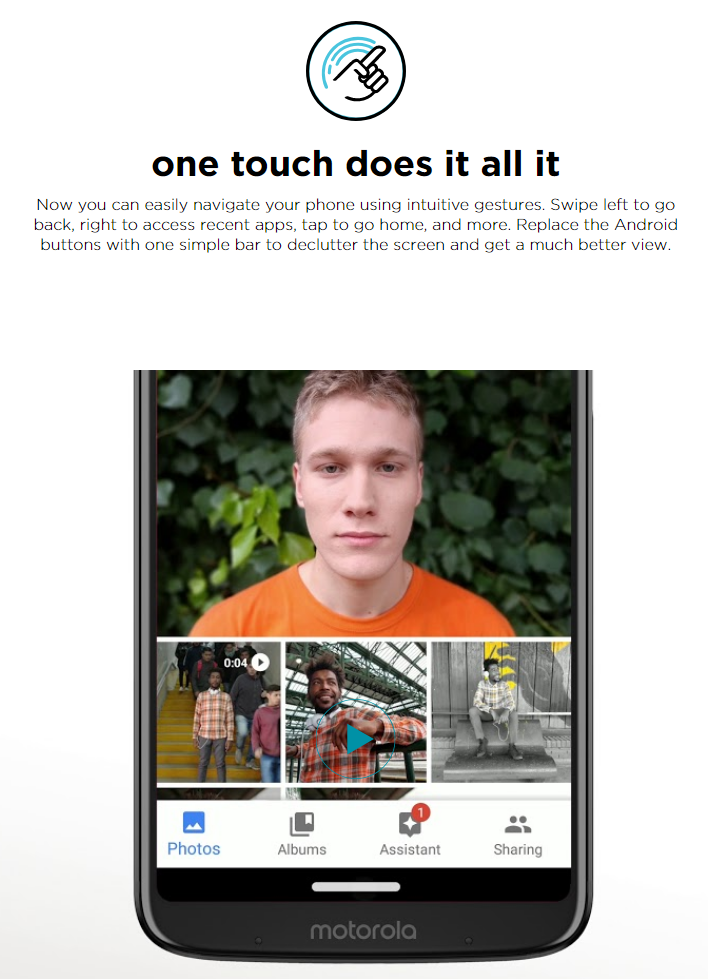 Android P already supports the use of gestures in place of the typical button-based system of Back, Home and Recents. Although the Moto Z3 Play comes preinstalled with Android 8.1 Oreo, you already get to enjoy the use of gestures right out of the box.

In fact, the gestures on the Moto Z3 Play are even working better than what Android P currently offers. Tap on the small bar at the bottom and you’ll be taken to the home screen. Swipe right and the Recents menu opens and a swipe to the left takes you back to the previous activity. Swiping up, like it is intended on Android P, will open the app drawer.

Like any other major smartphone company, Motorola has also integrated some sort of digital assistant to the Moto Z3 Play. Dubbed Moto Voice, the company notes that it’s still in beta, but it’s meant to give users of the phone a hands-free interaction with various apps, much like the Google Assistant.

Motorola already launched the Moto Z3 Play in Brazil, which is the company’s top market, and down there it costs R$ 2,299. In the U.S., the unlocked variant will set you back $499 and even though the phone is expected to be sold in India and other markets alike, the pricing and availability details are still unclear.

If we go by the price tags in Brazil and the U.S., however, we can conclude that each market may end up having a distinct price for the Moto Z3 Play. Most, if not all, markets should be able to get the phone by the end of July 2018.