The Motorola Moto Z Play is receiving a new security update in the U.S. The Z Play is already running Android Nougat, but this new update only installs the latest security patch.

If you’ve got a Moto Z Play, you will be or you may already have received the notification for this update. The update is a small one, and it installs the April Android security patch. You will receive the update over-the-air.

The build number for the new update is NPNS25.137-24-1-9 and we highly recommend that you download and install it right away. There are no other features or enhancements included in the update. 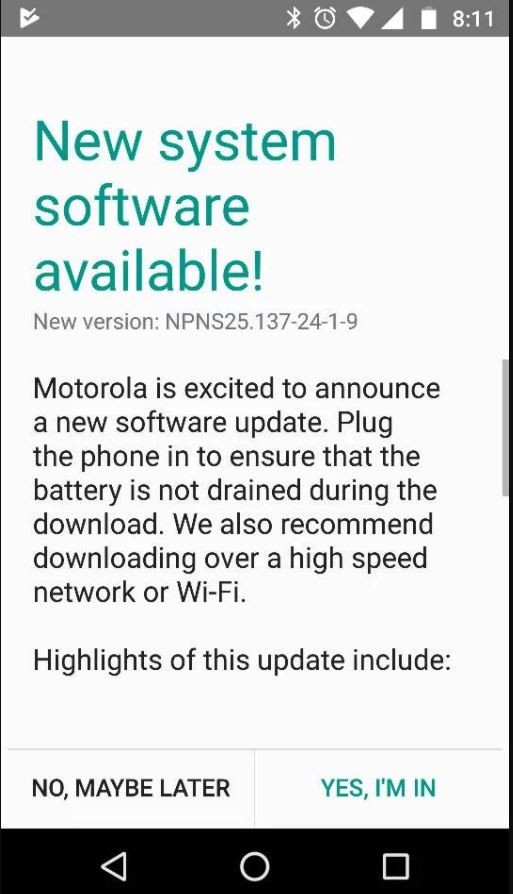 Before installing the update, make sure your device is plugged in or has more than 50 percent of battery life. It is also recommended that you download the update over a stable WiFi connection. The Moto Z Play could also start receiving the Android 7.1.1 Nougat update soon.