The Moto Z Play is receiving a new software update in Canada. Users are seeing a new notification for a minor update that brings along some bug fixes and newer security patches.

If you own a Moto Z Play, and live in Canada, then you should be receiving this update over-the-air. There are no new features in this update, since it’s just a security update. It installs the November security patch on your device, along with under the hood improvements. 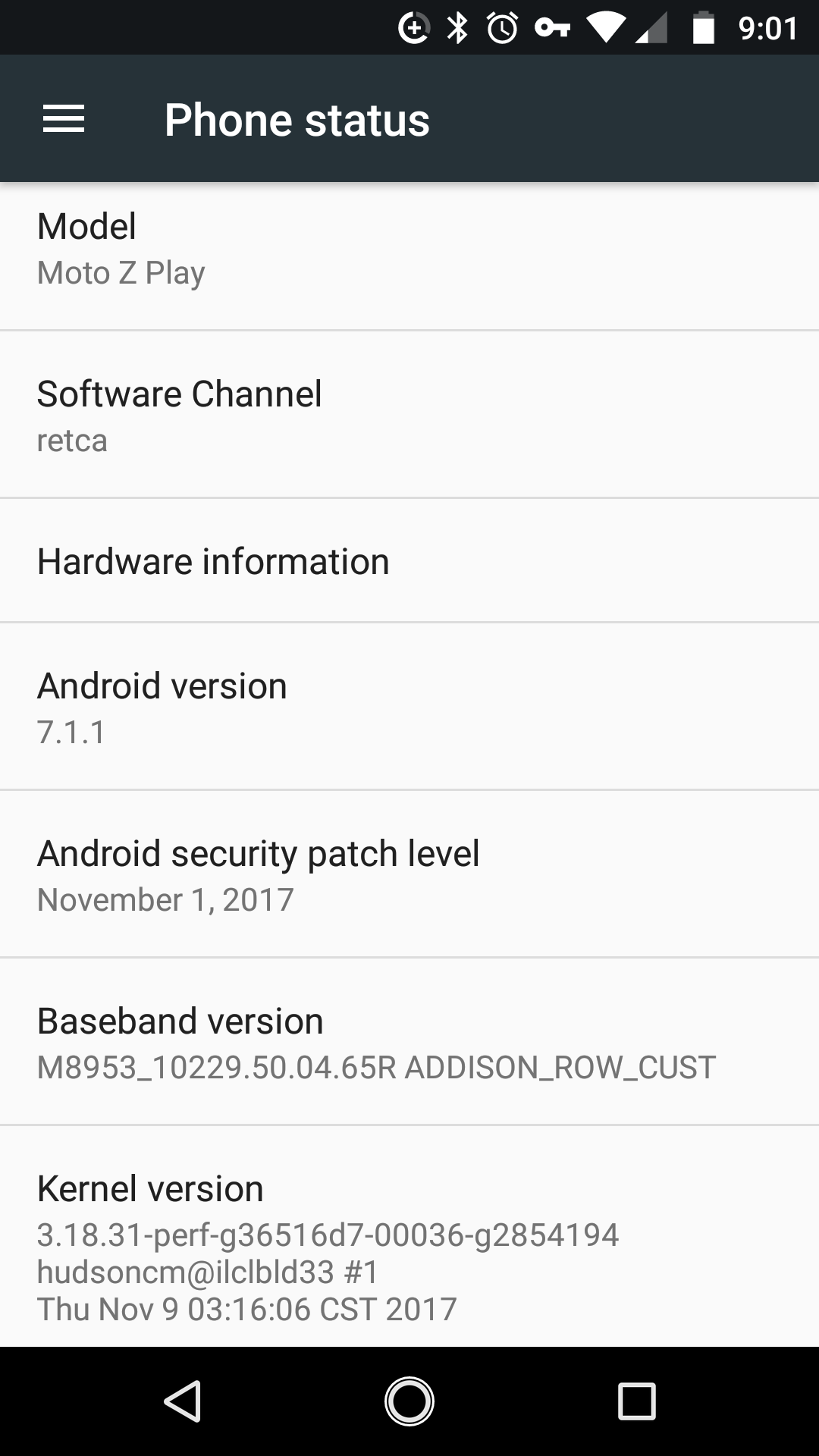 This is still based on Android 7.1.1 Nougat, and while the phone is eligible for an update to Android 8.0 Oreo, it will only arrive in Q1 2018. For now, you’re stuck with Nougat.

Motorola recently started the Oreo soak test for the Moto Z and Z2 Force in Brazil. This means that the update is being worked on, and things are going as per plan. The Lenovo owned company has promised to provide the Oreo update for most of its newer smartphones, including some from 2016.