Epic Games updated rules and policies for Fortnite in December 2020. While this update was publicized, not much was revealed to all players regarding the new rules. Since Fortnite is now having competitive tournaments in all regions, many users have been issued a competitive warning for ‘Illegal Restart’. But what does this mean? If you are at the receiving end of this warning then you are probably surprised as you might have not done anything wrong? So is this a bug? Let’s find out!

What is the ‘Illegal Restart’ competitive warning in Fortnite?

Fortnite’s new rules are helping create a more fair playing ground for most players around the world. According to these new rules, you can only participate in a tournament in a particular region with only a single team. Previously, players could switch teams and regions during tournaments without any consequences. This would negatively impact existing teams and throw the balance off for the entire tournament.

To curb down this behavior, you can no longer switch teams or regions when participating in a tournament. Even if your team is short on players, or someone leaves midway, you can not quit as that will lead to the ‘Illegal restart’ warning. 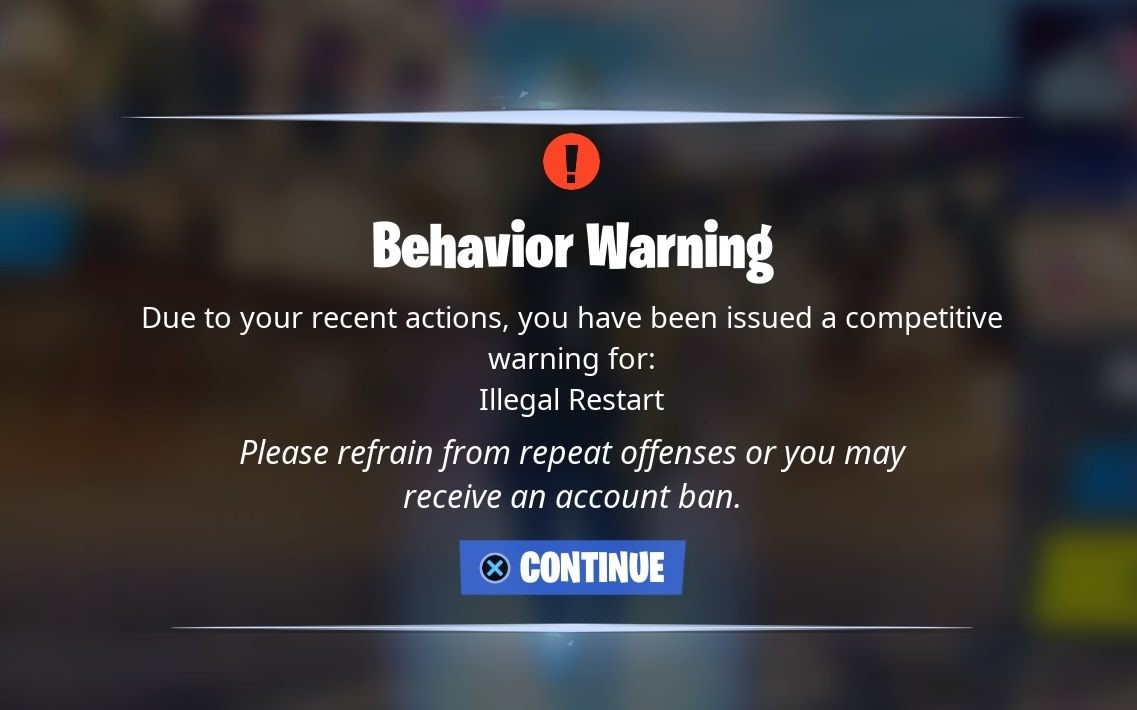 If you have recently switched teams or changed regions to participate in the same tournament then that is the reason you are seeing this warning of your account.

It seems that Epic sent out this mass warning to previous offenders as well to warn them about upcoming consequences. This will help curb down this behavior without causing unwanted bans on players that are no longer participating in this behavior.

Well, this is a warning and it has no real-time impact on your gameplay or account. However, if you have been indulging in switching teams or changing regions during a tournament then you should immediately stop doing so, as continuing with this behavior can lead to a permanent ban.

A public statement recently issued by Fortnite on Twitter seems to verify this. The company seems to have issued a warning to all past and present offenders as well as suspicious users based on their recent participation in events.

A wave of warnings for ‘Illegal Restarts’ was issued to players based on their competitive activity in recent events and not in your games played today. Some may have received this in error. If you have not entered the same event multiple times please disregard the warning.

We hope this post helped you get familiar with the new ‘Illegal Restart’ warning in Fortnite. If you have any more questions, feel free to reach out to us using the comments below.

How To Preview Your Audio and Video on Google Meet

Why Can’t I Watch Live TV On Hulu? How To Fix the Issues [Troubleshooting] 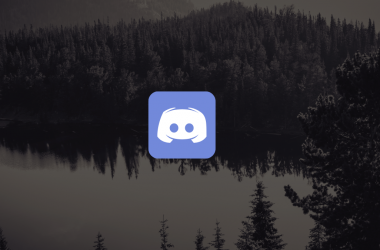 How to Get Invisible Discord Name: Use Invisible Character Text on Discord