Ahead of its launch on February 26th at Mobile World Congress, Huawei P10 has landed in FCC. This presumably means that post the MWC launch, the high-end device will get released in the US and Canada, and that too probably soon.

The FCC has listed the Huawei handset as model number VTRL29 with 3100mAH battery on board. Other than that, the listing also confirms Dual SIM support on the device. 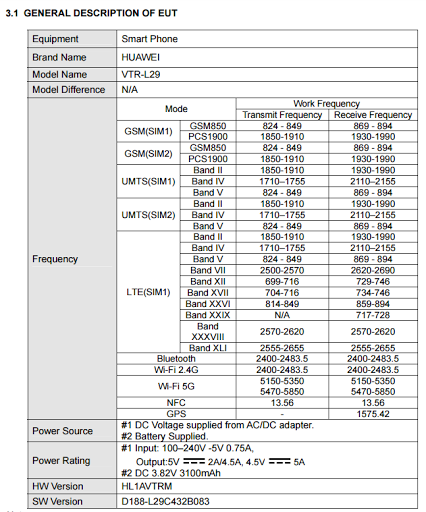 Based on past leaks, we know that Huawei P10 will come in three variants. The base model will come with 4GB of RAM and 32GB storage at a cost of $508 USD. The second variant will carry a price tag of $595 USD and will sport 4GB of RAM and 64GB of native storage while the premium P10 will cost $682 USD and carry 6GB of RAM paired with 128GB internal memory.

Just yesterday, the company made the P10 release date official through a video teaser.